The first visit we made on our few days away was to Dudmaston Hall, a National Trust property near the village of Quatt which is in between Bridgnorth and Kidderminster.   We always travel to places away from motorways and huge city centres if we can and National Trust properties are wonderful for stopping for leg stretches, lunches, picnics and other facilities.  We'd been past this place on a couple of occasions but we'd always found it closed.  This time it was open so we spent couple a couple of hours there including eating our picnic before we continued with our journey. 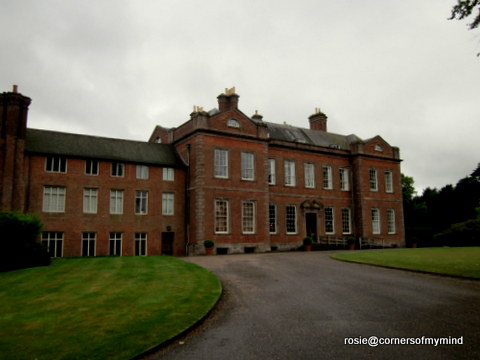 Apparently Dudmaston Hall has been lived in by the same family for 875 years, passing down the generations through inheritance or marriage and has never been sold. The present house dates from the 17th century and is still lived in by members of the family.  Because it is still a family home photography isn't allowed in the hall but there are many surprises inside as alongside the period room settings there are two galleries full of modern art and sculpture. 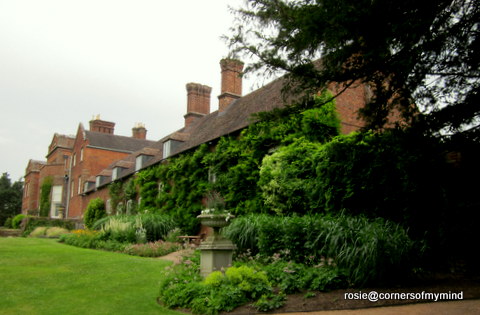 We took a stroll in the gardens and down towards the water which is known as the Big Pool. 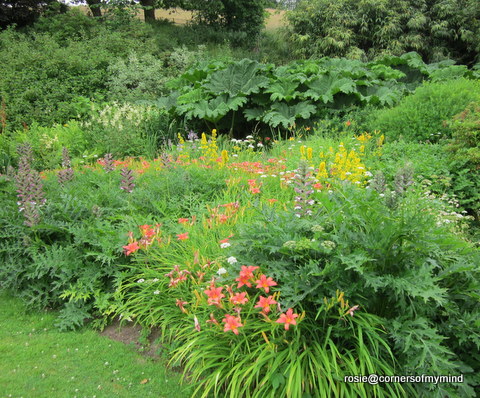 The plants and flowers down by the pond were lovely and the gunnera was high enough to be able to walk under the leaves. 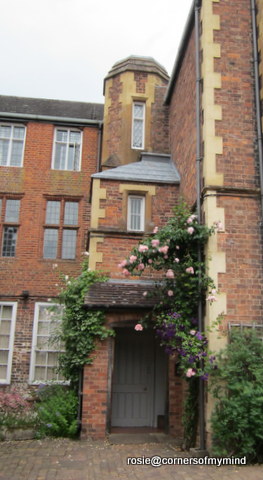 This is the public exit to the house, straight out under a lovely pink rose entwined with a deep purple clematis.  The last exhibition just before we left was my favourite.  Several objects from the collection had been chosen and put on display with a time line around the walls of both British and World events to put them into context plus the history of the family at the same time. 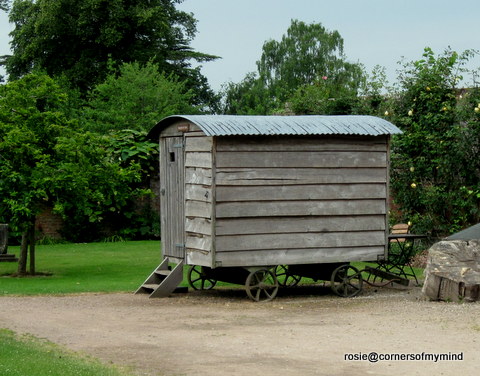 Shepherd's Hut in the orchard 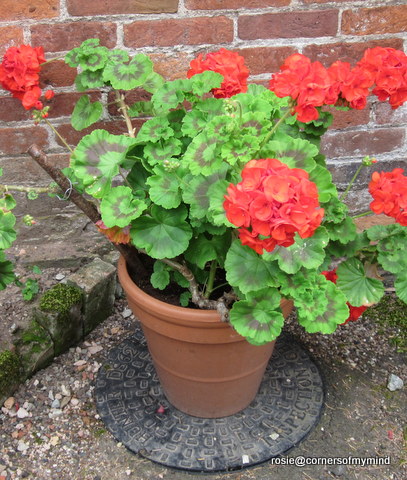 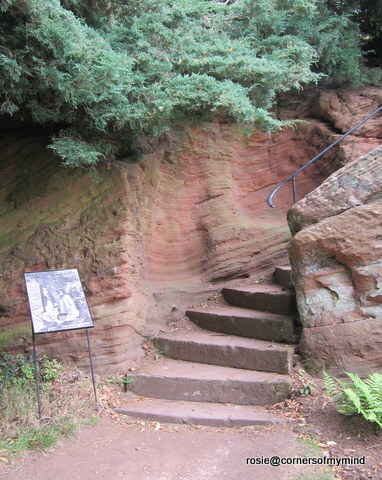 Around the garden were modern sculptures and also photos of what certain areas would have looked like in the late 19th century. 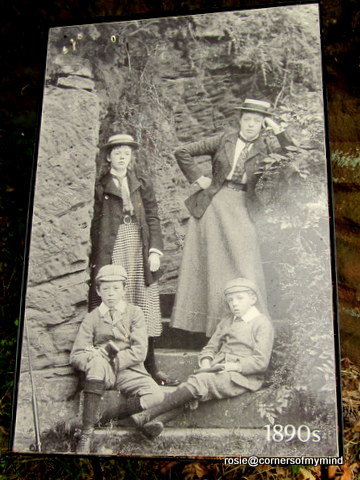 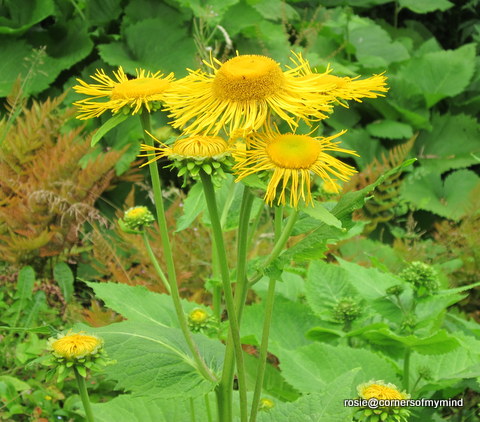 Flowers by the Big Pool 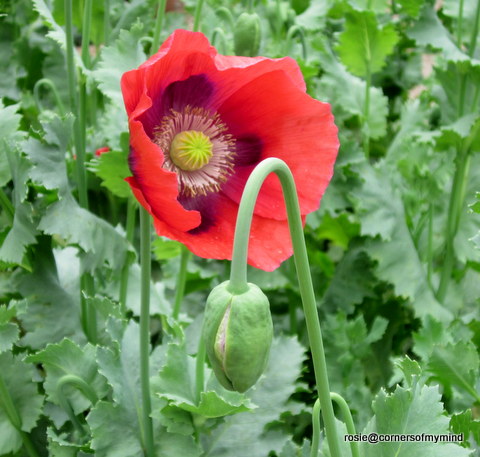 and in the Kitchen Garden 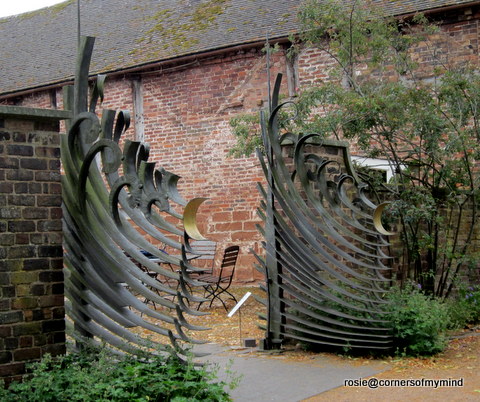 I loved these modern gates to the courtyard, they are called The Eternity Gates and were commissioned in 1983 by Sir George and Lady Labouchere to commemorate their ruby wedding. 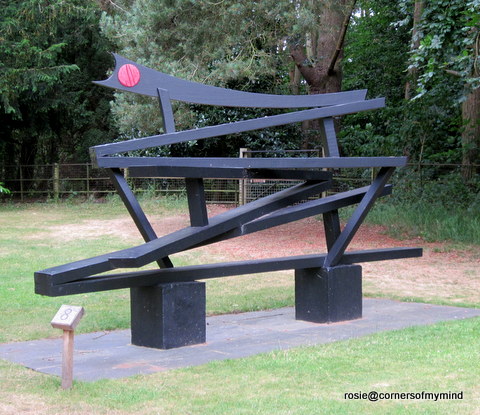 There was a small version of this sculpture on the piano in one of the galleries.
The sculpture called Spaceframe 1970 is by Anthony Twentyman.

It was beginning to drizzle with rain so it was time to move on towards Kidderminster and Bromsgrove and our next destination.
Posted by Rosie at 6:37 pm