Welcome to March and White Rabbits 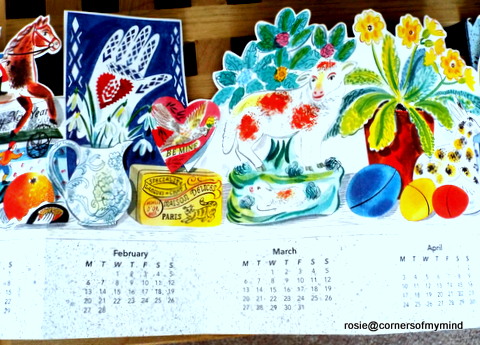 Anyway, whichever tradition you follow it's time to say 'Hello' to March and  share with you a few photos from yesterday's walk around the lake at Trentham. 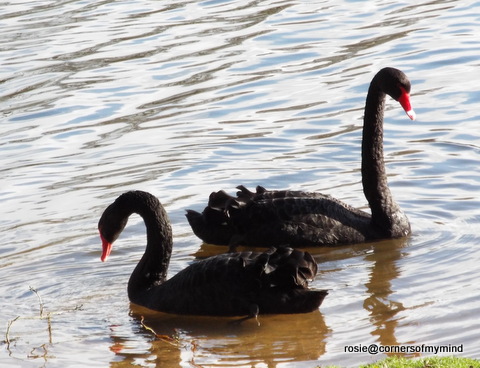 We didn't spot any white rabbits or any other rabbit but we did spot the black swans. 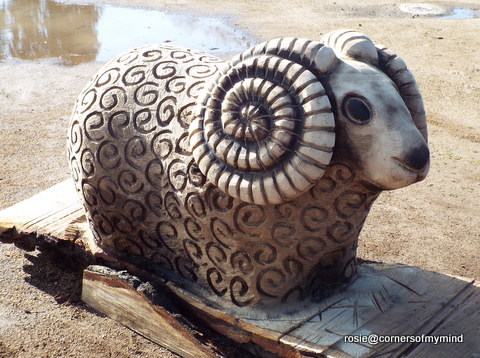 and these rather lovely carvings of rams, there were two but I only took a photo of one of them as there were people around the other one. 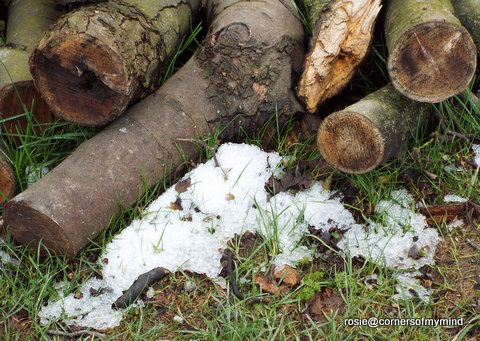 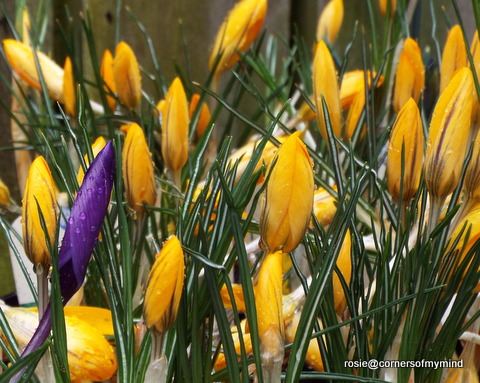 so I went into the garden centre to seek out some Spring flowers. 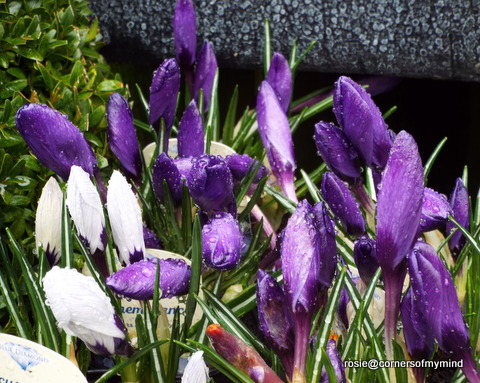 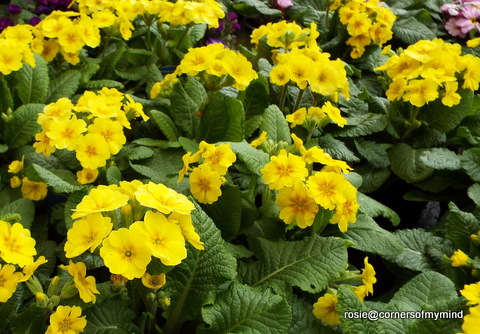 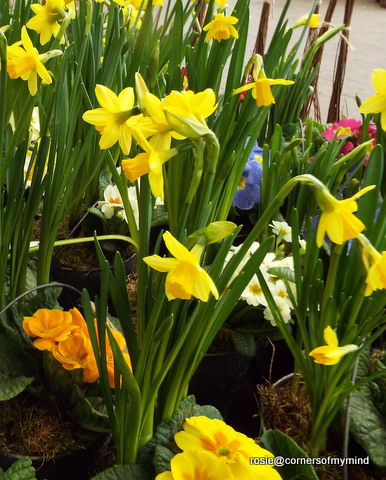 It is also time to think about sowing seeds and deciding what flowers we would like to grow in the garden as well as vegetables for the raised beds and salad stuff for the greenhouse. 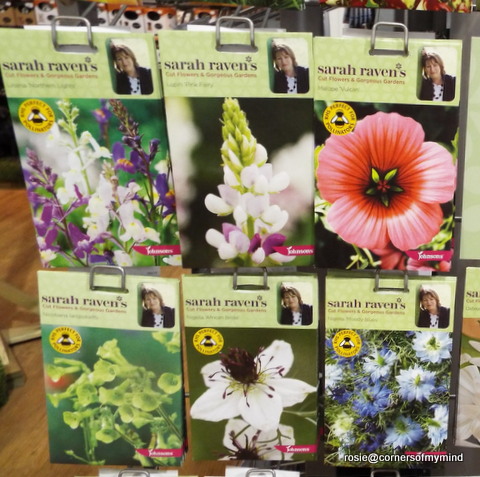 As a final farewell to February and because it was also Shrove Tuesday or Pancake Day we had pancakes for tea. 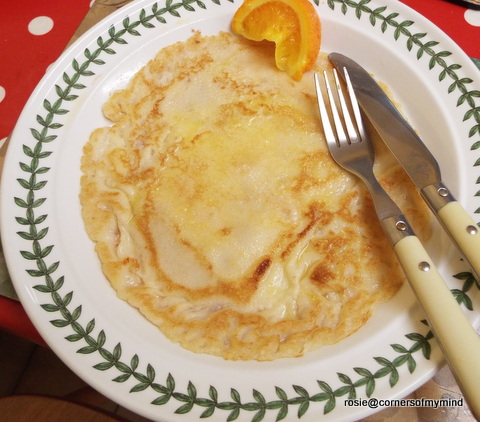