Yesterday we spent some time in the town of Stafford.  As we had an hour or two to spare we decided to visit the Ancient High House Museum as we hadn't been inside for quite a while. 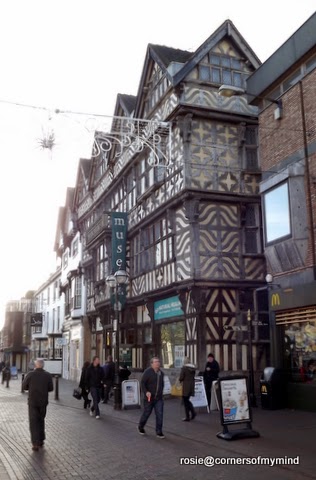 There are three floors up above the ground floor entrance and hallway.  At the very top is the museum of the Staffordshire Yeomanry Regiment and the other two floors are room settings. 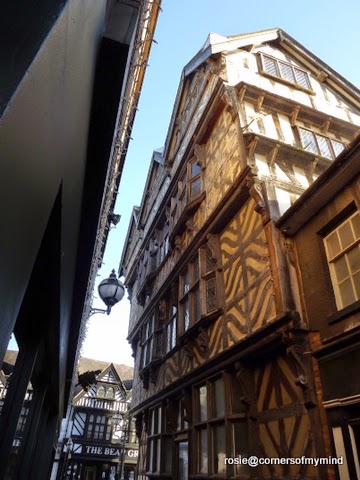 You can see more from the photo above how high the house is.  The building was started towards the end of the 16th century and its owner a wealthy merchant of the town took possession of the property in 1595. 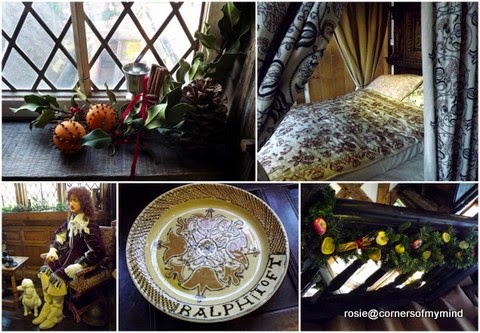 Inside staff were preparing for this coming weekend's Christmas activities and there was a wonderful aroma of oranges, lemons, cinnamon and cloves from the displays on the staircases.  From one of the landing windows we could see the church and decided as we'd never been inside before to go and have a look. 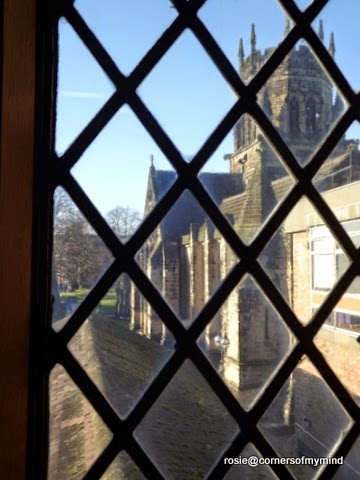 The church of St Mary is a beautiful building and the shadows across the grey stone were spectacular, but not half as spectacular as what we found inside. As we entered we could hear Christmas music being played 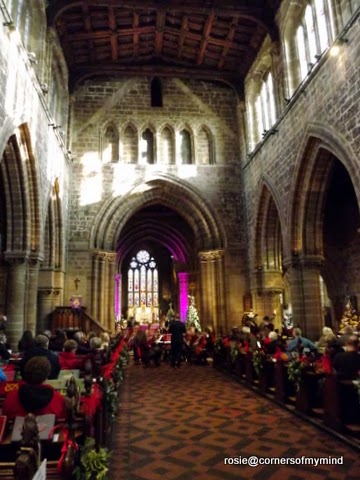 We'd happened upon a concert to celebrate the start of the annual Christmas Tree Festival. 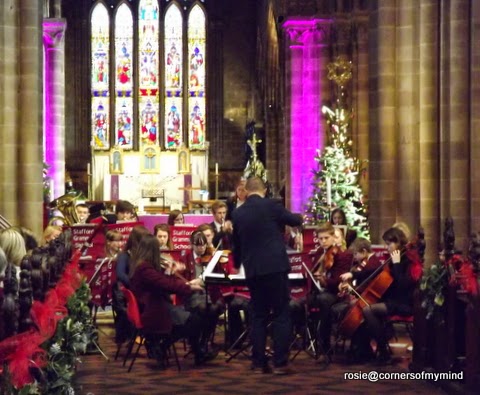 The atmosphere was warm and welcoming with some people sitting to listen to the music, others wandering around looking at the displays and even more sitting in the refreshment area and enjoying themselves around the craft stalls.  Below are some of the photos I took in and around the church of all the wonderfully decorated trees.  The display runs until 7th December. 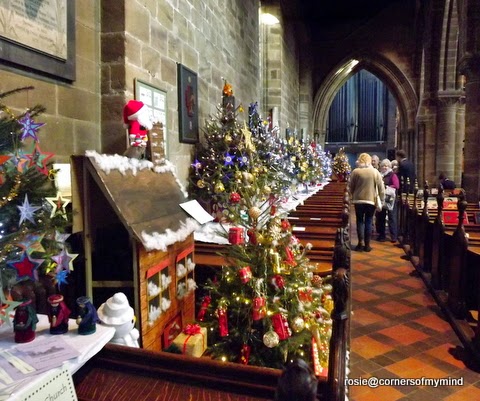 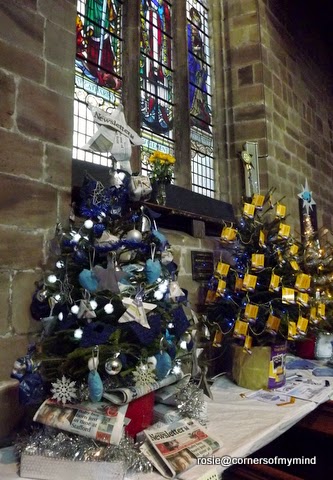 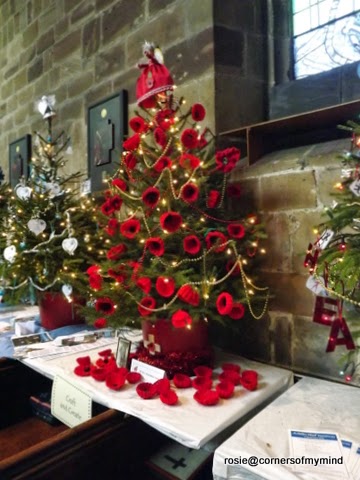 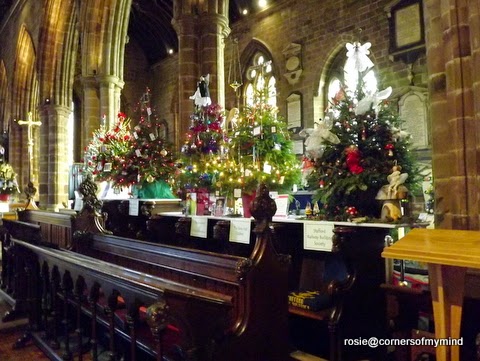 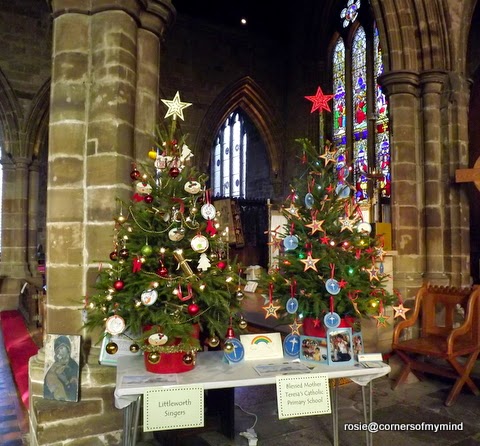 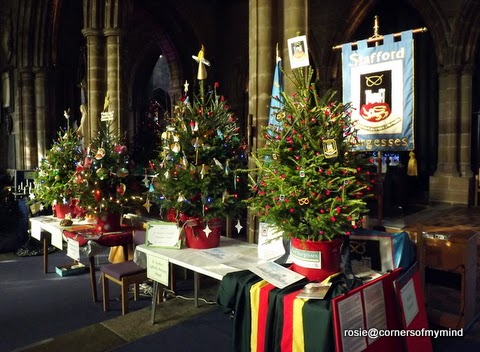 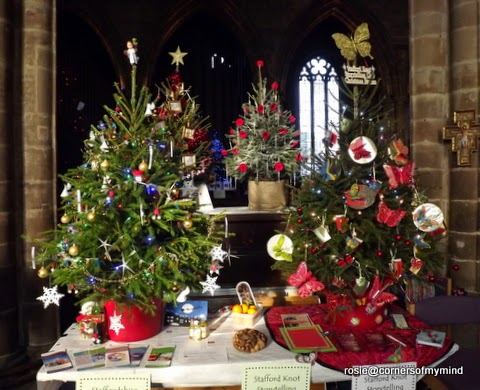 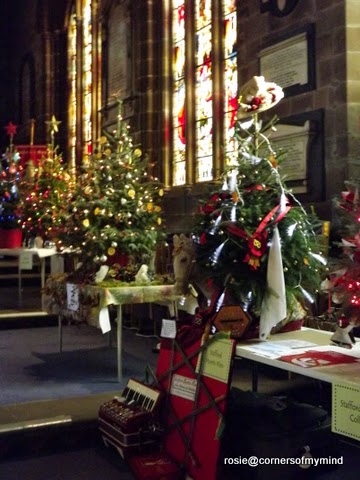 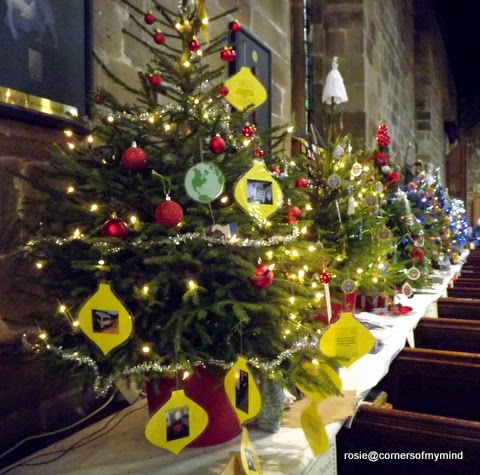 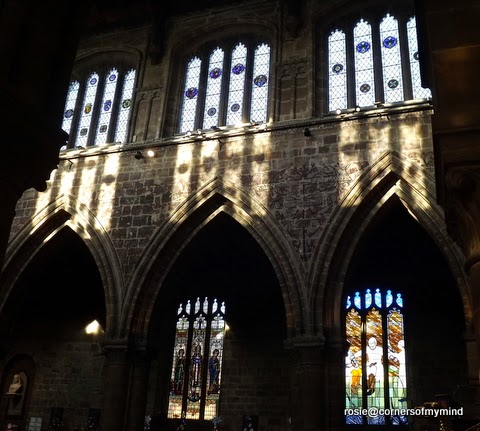 Hope you enjoyed them.
Posted by Rosie at 7:44 pm