In my last post I promised to tell you  about The Old House Museum in Bakewell.  We last visited a few years ago and we noticed quite a few changes and much more areas open with the inclusion of a courtyard and outside displays, places to sit and a drinks machine as well as a ramp to enable visitors to see the back of the house.  It is all very visitor friendly both inside and out. 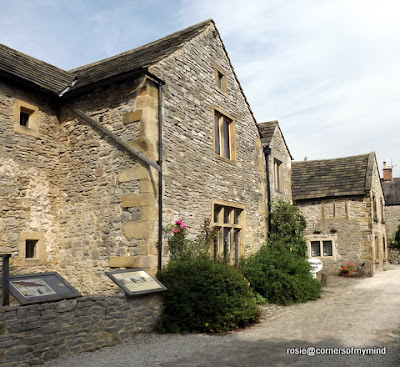 According to the information boards the first part of the house was built in the 1530s by the Ralph Gell  for his steward Christopher Plant who collected the tithes for the parish of Bakewell.  Later in the 16th century the Gell family extended the house and it became a gentleman's residence.  Another wing was added in the early 17th century.  In the 1770s the house was bought by Sir Richard Arkwright and turned into five cottages for the use of workers at  the Lumsden cotton mill, he later added a 6th cottage.  Lumsden Mill was Arkwright's third cotton mill.  Evidence has been found in the cottages that some of the workers may have cleaned the raw cotton in their homes rather than at the factory premises.  The Bakewell and District Historical Society took over the buildings in 1954. 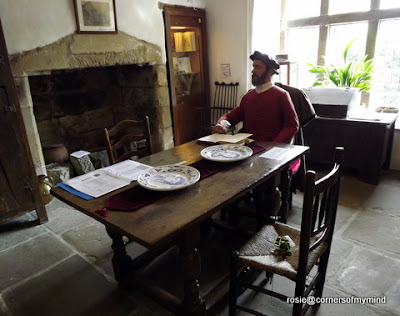 Throughout the museum the displays reflect the different eras that the house was in occupation and the differing work and lifestyles of its inhabitants. 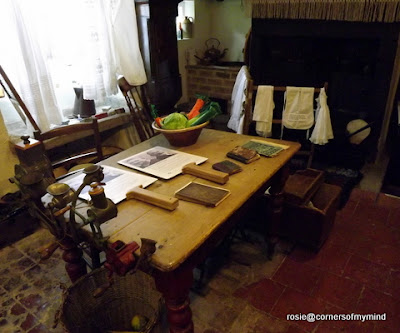 It is a very 'hand on' museum with lots of dressing up boxes, toys for the children to play with and when we visited a find the 'ratty' rat trail.  There are outdoor games for children in the courtyard too.  The volunteers who help keep the museum open are  friendly and helpful and make you feel very welcome. 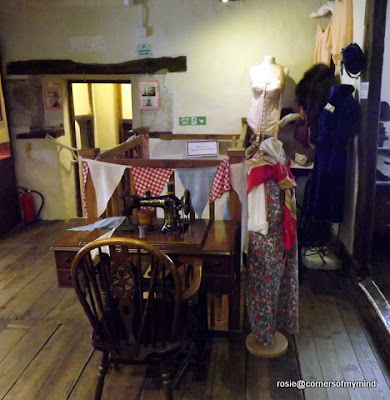 I'll let the pictures show you what it is like inside. 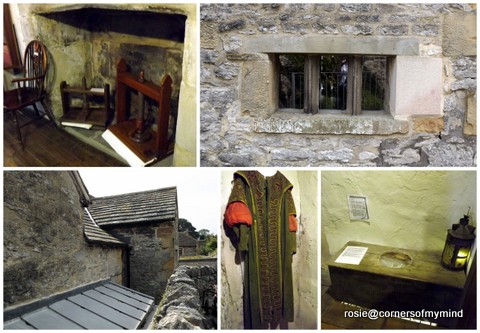 I've just spotted one of the rats in the photo below! 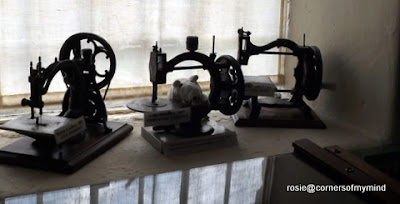 I've just got home from a few days away so I'll be back with tales of our adventures later and I'll try to catch up with your posts and comments over the next few days.

Have a great weekend, everyone!
Posted by Rosie at 10:50 am