There have been masses of birds and butterflies in the garden this week.  We always have loads of sparrows living in the hedges around the garden and also quite a few of these................. 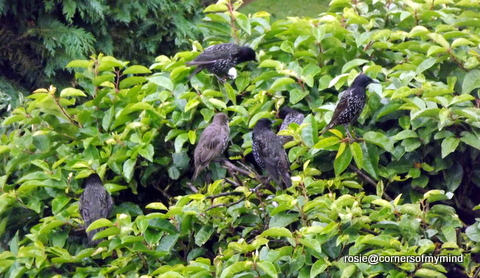 Starlings!  They are so funny to watch as they swoop down in gangs and take over the feeders usually heading for the fat balls first but they'll take anything and everything. 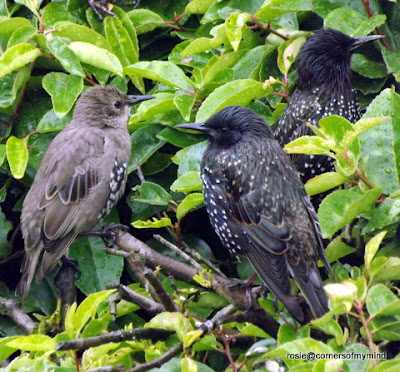 The young starlings all seem to keep together and you can see the difference between the first brood and second brood youngsters as the first brooders begin to take on their darker, spotty and more adult plumage which doesn't yet have that glossy almost iridescent purply-black tone that a fully grown adult starling's plumage has. 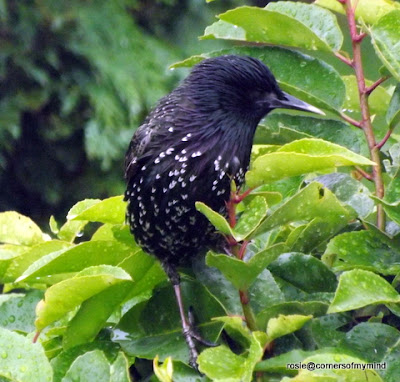 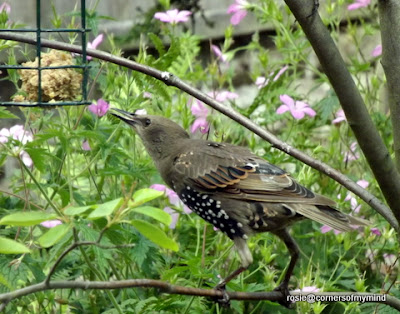 It sat on a branch for ages watching the sparrows feed by hanging from the feeders and then saw how the blackbirds got to the food by standing on a lower branch and reaching up to the feeder.  It decided to try that way first and then took the plunge and launched itself at the feeder and clung on, sparrow like, to take its reward. 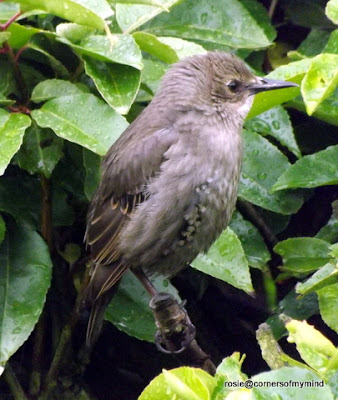 The noise that a group of young starlings makes is quite loud and raucous a constant twitter and cackle as they attack the bird feeders taking it in turns but not always agreeing on who is next and then the squabbling starts.  No matter how much they bicker amongst themselves they still stick together and fly around in large groups and it is very rare to see a lone starling.  I've seen them wheeling around in the sky in quite large numbers in the late evening but have never yet seen one of those mass displays of flight known as a murmuration.  Now that would really be something!
Posted by Rosie at 3:51 pm