One of my favourite places in Derbyshire is the little town of Wirksworth.  It lies at the head of the Ecclesbourne valley surrounded by the quarries on which its wealth was built.  Its main streets, which climb up out of the town centre, are full of fascinating old buildings in which are housed some interesting and individual shops, cafes and bistros. 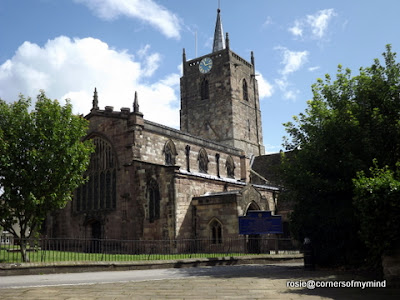 Just behind one of the main streets, in its own little close, lies the parish church of St Mary.  The present building which dates from the 13th century was built on or near the remains of an earlier church.  The church, like many others was restored c.1870 by Sir Gilbert Scott. 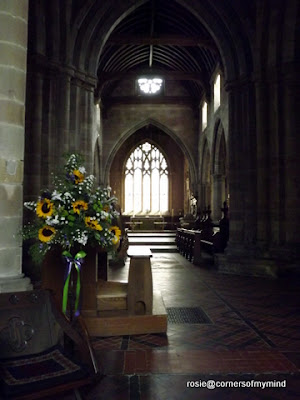 The inside of the church feels both warm and light and airy with its beautiful stained glass windows and tiled floors. 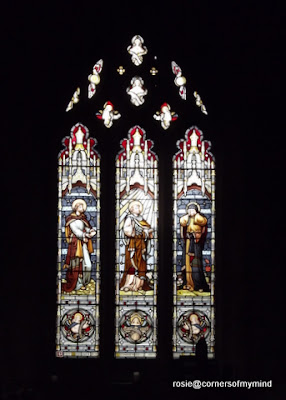 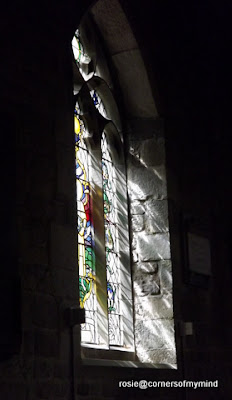 There are two fonts 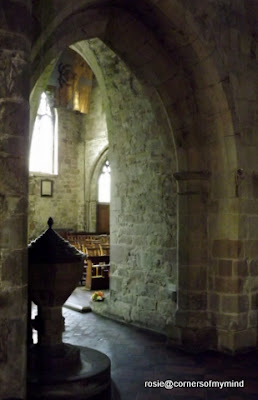 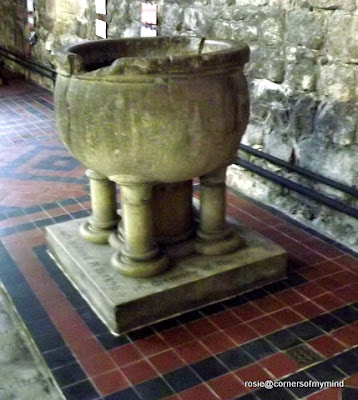 and some interesting monuments to the local great and good 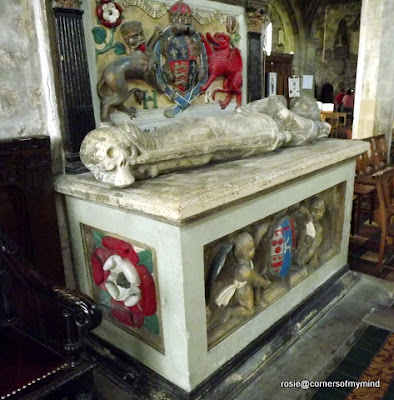 The tomb of Sir Anthony Lowe, gentleman of the bedchamber to both Henry VII, Henry VIII and Edward VI.  Below the brass memorial to Thomas Blakewell and his wife Maud. 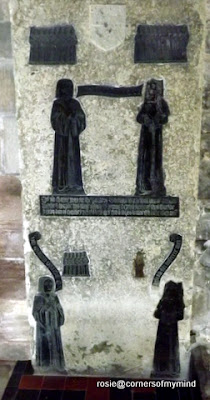 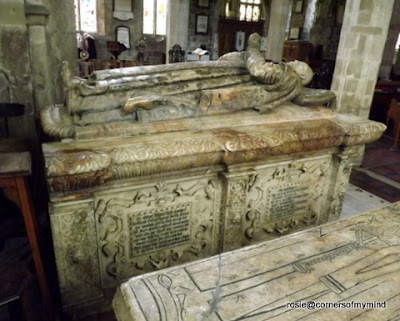 There are lots of what remains of stone carvings, some of them Saxon, including 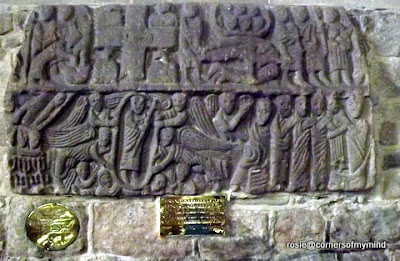 The Wirksworth Stone, which was found face down two feet below the surface when the pavement in front of the alter was being moved in 1820.  It had been used to cover a grave containing a large, perfect human skeleton and is thought to date from the late 7th century. 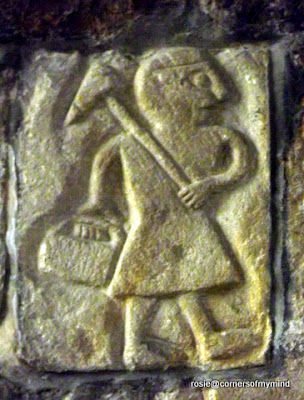 Above is a carving known as 'T'owd Man' which, according to both the church guide and an information panel at the nearby National Stone Centre, is said to be one of the oldest depictions of a lead miner to be found anywhere in the world. 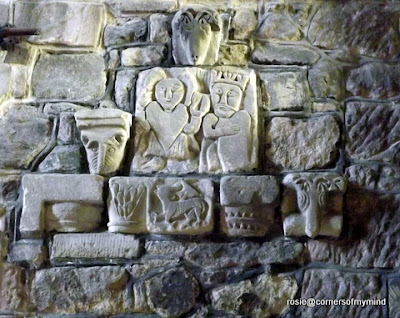 I'll be back with more about Wirksworth and its environs in another post.
Posted by Rosie at 8:33 pm