You may remember that in April this year we visited the Walled Kitchen Garden at Sugnall and were so impressed by it that we said we would make a return visit in the summer.  Well, last Sunday after we'd had a walk around the boardwalk at the nearby Jackson's Coppice and Marsh Nature reserve looking for damselflies and dragonflies we called into the garden for another look.  It was looking wonderful! 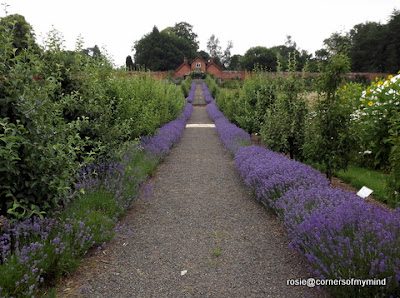 All the edges of paths were lined by lavender - the scent was magical as we walked around in the heat of the sun. 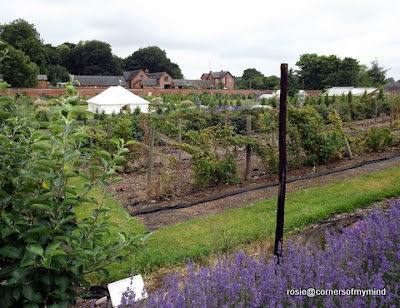 The fruit and vegetables were all looking good. 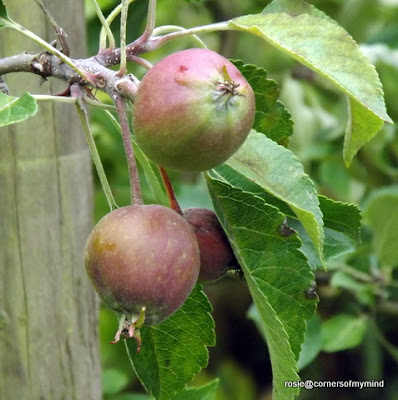 The apples and pears were coming along nicely, above an apple variety called Red Falstaff and below a pear variety called Emile d' Heyst.  There were many different varieties of both eating and cooking apples and along the outer walls, quince, figs, plums and greengage to name just a few. 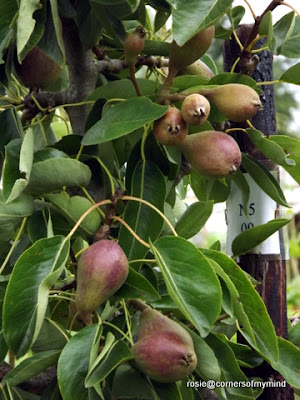 In part of the garden a marquee had been erected ready for a wedding event this coming weekend.  It looked so pretty inside. 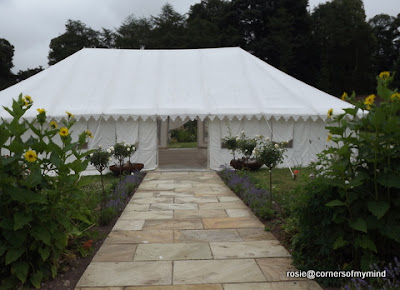 A corner of the garden had been planted with wildflowers 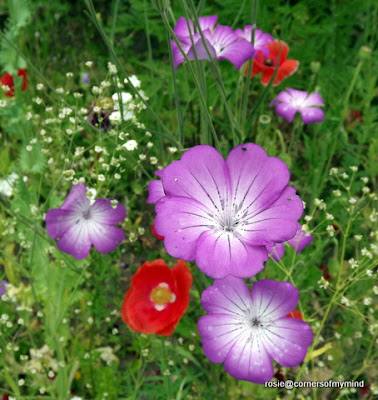 They almost shimmered in the bright sunlight.  It was so hard to capture just how beautiful they looked. 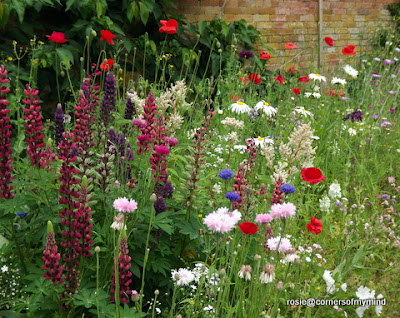 As you can imagine my camera went into overdrive as everywhere I looked there was so much beauty and so much of interest. 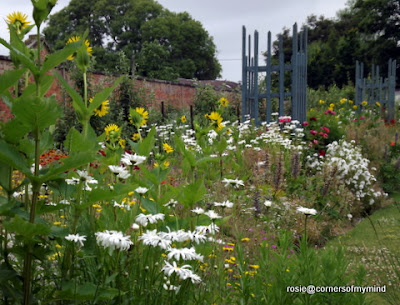 I'll let the photos speak for themselves! 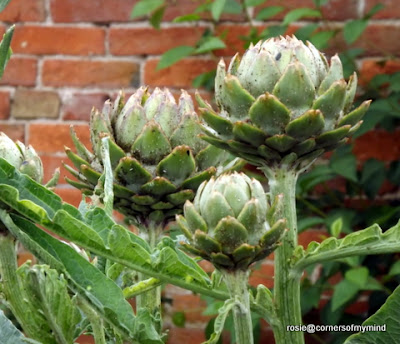 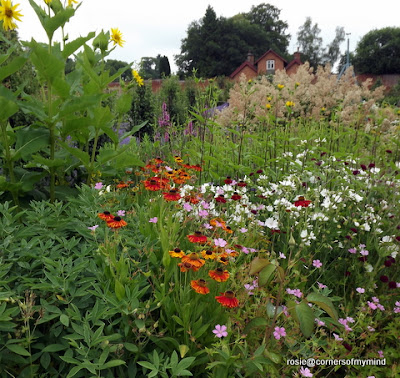 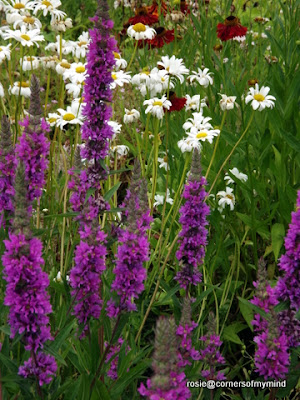 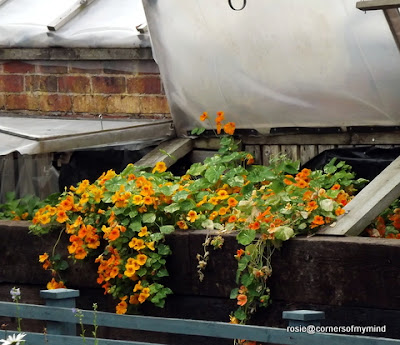 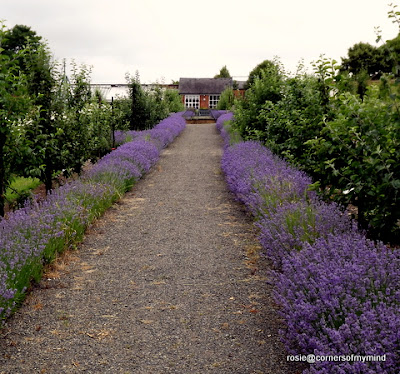 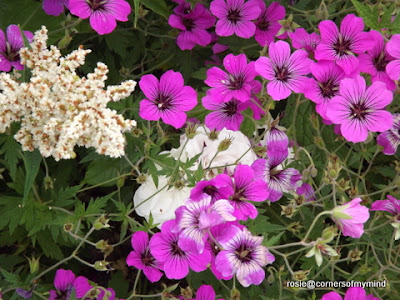 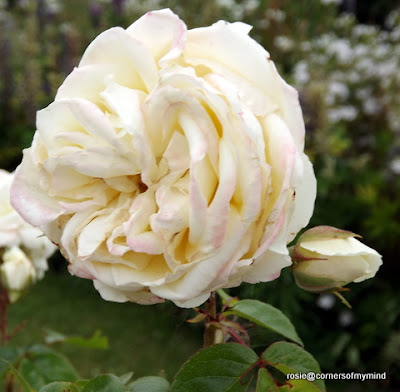 I've missed doing a 'happies' post this week and probably won't join in next week either, I'm afraid I've been struggling with some sort of lurgy and not feeling well at all so I've been avoiding using the computer too much and just sitting in the garden reading or snoozing when I've had the chance.  Hope you all have a happy weekend.