On Wednesday last week we went over to Nottingham to visit friends and from there went for lunch at Felley Priory which is near Underwood in Nottinghamshire.  After the brilliant sunshine of the day before it was such a grey, damp and misty day. 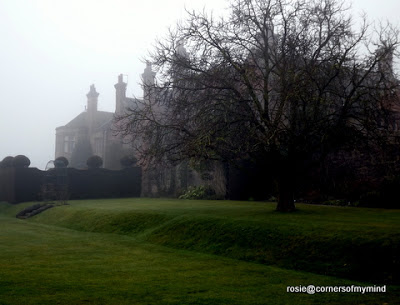 Undeterred by the weather, after a pleasant lunch in the Farmhouse cafe we had a wander around the gardens. 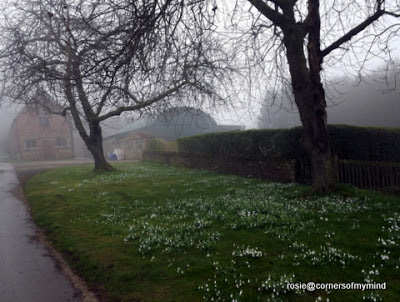 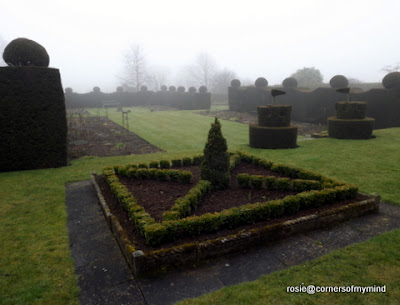 Apparently, so their information leaflet tells me, the garden covers the former site of the Priory Church of the priory which was founded in 1156 on the site of a small hermitage. At that time twelve cannons, who followed the rule of St Augustine, lived here. 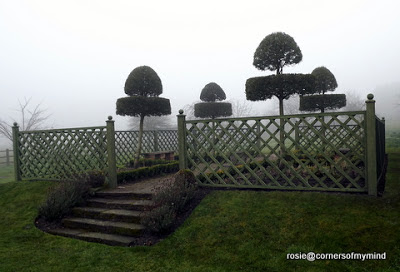 The main part of the private house which you can see  as you walk around the gardens was built during the 16th and 17th centuries.  It was plundered during the Civil War when it became an army garrison and Royalist stronghold.  The stone ends of the house were added in the mid to late 19th century. 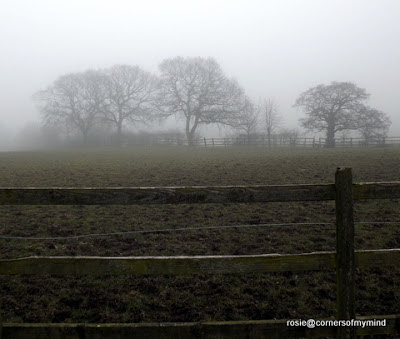 There must be a wonderful view across the fields at the bottom of the garden on a clear day.  Somehow though the mist seemed to add an ethereal beauty to the place and made everything around the garden look quite atmospheric. 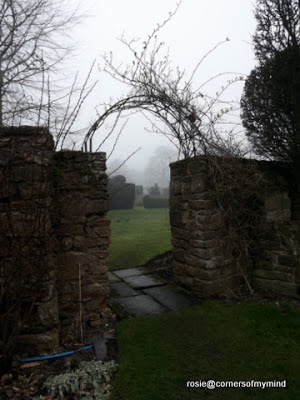 We have all decided that another visit in the early summer would be a good thing.
I just know that the garden will look wonderful then too. 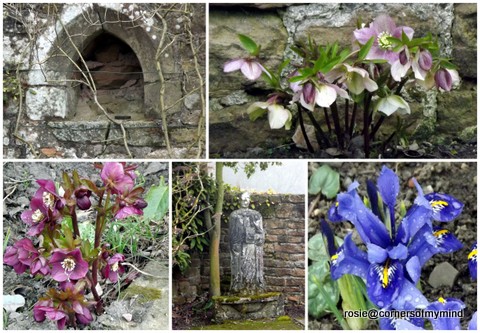 Today is a blog anniversary for me.  I can't quite believe that I started this blog eight years ago on 14th March 2005.  In those days I didn't know how to add photos so I just wrote short posts and for ages never had any comments, there were no statistics to know if anyone was visiting, no Picasa to help with photos and no 'followers' thingy, it was all very new to me and for some time I thought I was talking to myself.   So on this anniversary I'd like to say a big Thank You to all of you who stop by perhaps to look at the photos, to those who stop to read my witterings, to those who take the time to leave comments on said witterings, to those of you who have been with me for ages and to those who have just started visiting, reading and commenting.  I'm lucky to have you as blogging friends and I have been even luckier to meet with some of you via e-mail and snail mail and also, most delightfully, in person. Who would have thought that those first tentative steps into the world of blogging would have lead to where I am now?  I don't think I ever did!