A Walk from Oakamoor to Alton

What a great weekend it has been with some lovely spring weather at last!  Yesterday was sunnier and warmer than today but both have been great for getting out and about.  This morning we went for a walk along the disused railway line between Oakamoor and Alton.  Although the trees are still quite brown and leafless there were signs of Spring here and there and we did see some interesting things. 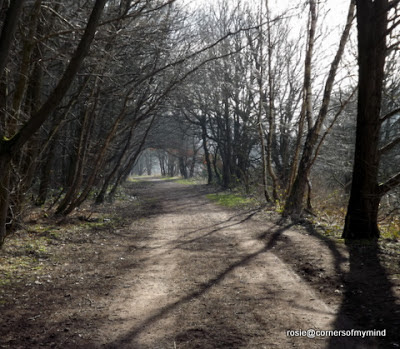 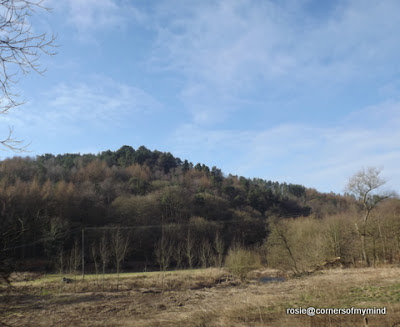 The sky was quite blue 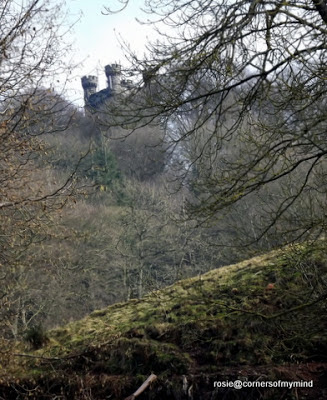 In the distance the towers of Alton TowersTheme Park, closed until mid March.  Usually you can hear the 'roar of the crowd' when you walk near here later in the year. 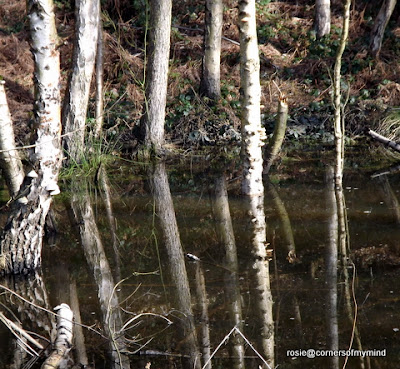 There were some interesting reflections in the water which collects at the side of the old railway line. 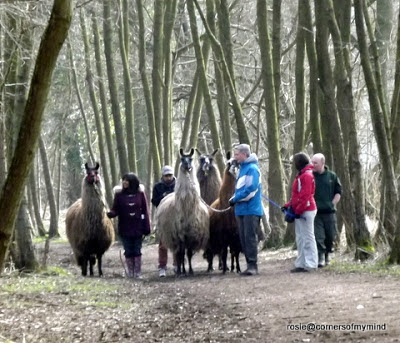 At this point I spotted Llamas!  'Llamas ahead', I called to Paul who was photographing birds high in the trees and hadn't seen them.  I think for a second he thought I was joking.  We had a little chat with the leader and guide of the llama trekkers who said they were  Llama Adventures based near Uttoxeter. 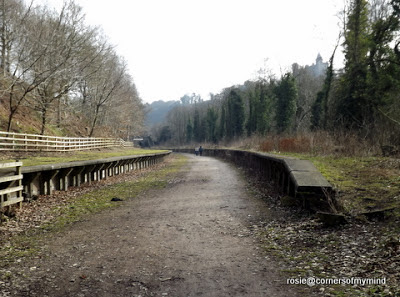 The approach to Alton Station. 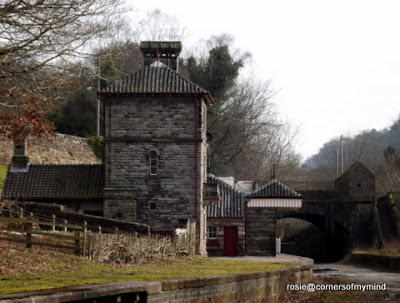 The station buildings belong to the Landmark Trust and you can actually stay there. 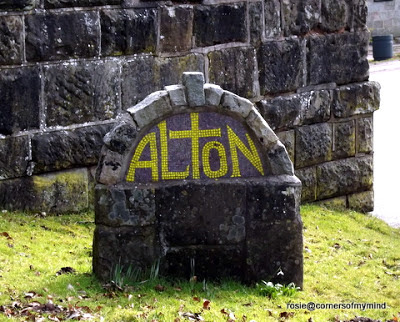 We went up the steps and on to the main road into the village of Alton to photograph the castle. 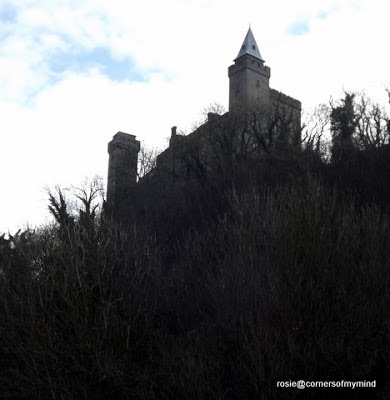 Alton Castle which is now a Christian youth centre and retreat. 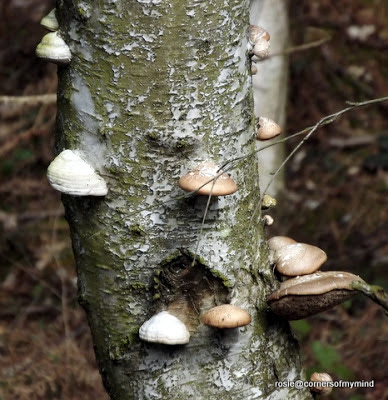 Many of the trees were under water and their roots were probably rotting  away so  there were lots of dead branches covered in fungi. 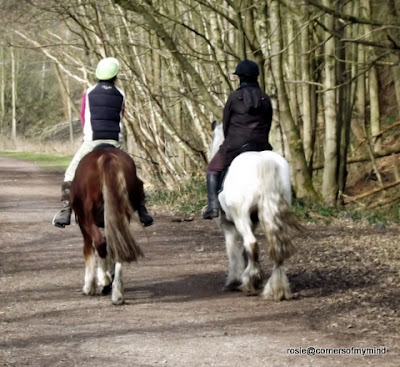 These two lady riders were enjoying themselves in the sunshine.  I wonder if they met up with the Llamas?

I know I've taken you on this walk before, in September 2009 in fact, so it was time for another visit, here is a link to the post I wrote then
Posted by Rosie at 3:00 pm