Yet another post about our trip into Shropshire over the bank holiday weekend at the end of August.  I'm conscious that I also promised posts about Wroxetter Roman City and Attingham Park but things are catching up with me and I probably won't get around to them now.  We couldn't take photos inside Attingham but it was great to see inside again last Monday on BBC 4 during Lucy Worsley's new series on 'The Age of  the  Regency' which I'm really enjoying.  Anyway back to earlier times and the ruins of a medieval monastery. 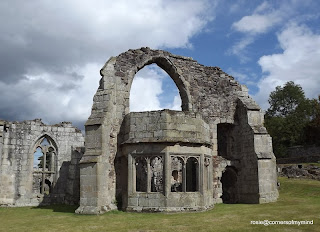 The ruins of this former Augustinian abbey are quite substantial,  including the remains of the abbot's quarters, refectory and cloisters as well as the chapter house. 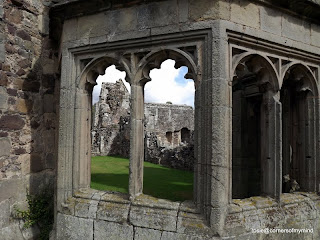 Haughmond, which was founded in 1135 by William Fitzalan, is just north east of Shrewsbury and nestles beautifully on the slope of Haughmond Hill. 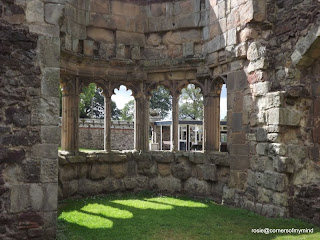 On the hill is an area known locally as 'Douglas's Leap' because it was from here that the Earl of Douglas in flight from the Battle of Shrewsbury fell from his horse and was captured by Henry IV's men.  The battle between Lancastrian King Henry and rebels led by Henry 'Hotspur' Percy,  one of the bloodiest of the Wars of the Roses, was fought, in 1403, about two miles from the abbey. 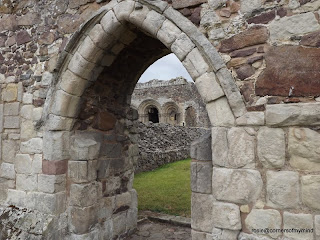 The abbey was finally dissolved in 1539 during the mass dissolution of monasteries ordered by Henry VIII at this time there were ten canons  and an abbot in residence. 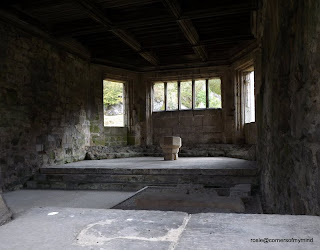 The Chapter House has a wooden roof of about 1500 and houses an octagonal font and several stone tombstones which may have been placed there when the abbey church was dismantled.  The Chapter House is where the canons would meet to discuss the day to day running of the abbey. 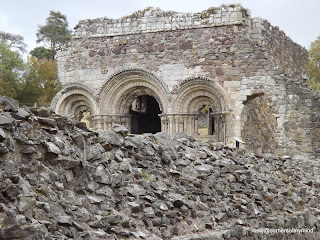 The abbey passed into private hands, namely those of Sir Edward Littlejohn and later Sir Rowland Hill (not the postal reformer) and the Barker family.  Much of the land was used for farming. 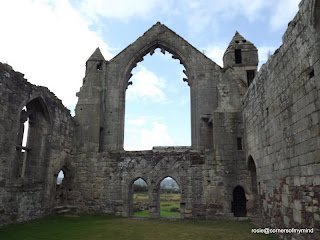 The ruins are surrounded by fields and we were watched carefully by the local sheep as we wandered around. 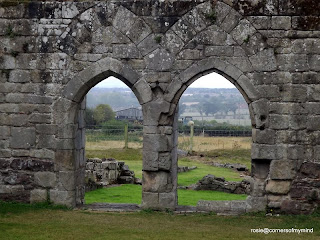 I'm going to be away from home and my computer for a while so I'll catch up with you all when I return. 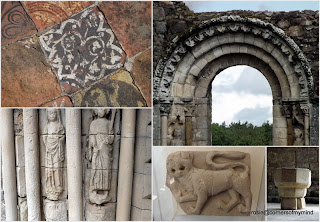