It began to snow again yesterday - just a light sprinkling which was topped up during the night.  Today was to be a big shopping day and I wasn't particularly looking forward to it but we were up early so decided to try and make the city centre.  The roads around us haven't been  gritted so getting off the estate and down the hill to the main road was a bit scary but after that things were fine. 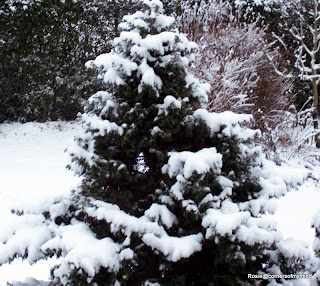 The car park was nearly empty when we arrived and amazingly so were many of the shops;  we had expected huge crowds but thankfully we were able to wander around M&S, BHS, W.H. Smith and Debenhams as if it was a weekday morning in February.  We didn't have to queue for coffee and we managed to find everything we wanted.  I also managed to find some much needed boots at Clarks reduced from £69.99 to £34.99 - I do like a bargain!  I've been looking for over a year so I'm so relieved to have some new ones. 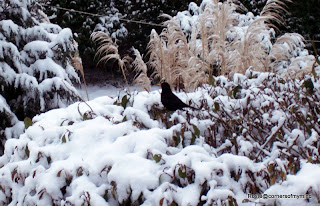 We then moved on to Tesco - the car park was half empty and so was the shop.  We we were able to wander around and get what we wanted without any stress and walked up to an empty check-out to pay.  I can't quite believe our good luck!  Was it really the Saturday before Christmas?
Back home this afternoon we have been into the roof to retrieve the Christmas tree and decorations;  no doubt these will be put up tomorrow so at least the house will look at little bit more festive! We have a few presents to wrap and a few local cards to pop through letterboxes.
I've burrowed in the cupboard (note to self:- tidying and decluttering is needed!) and found some favourite seasonal films to watch over the next couple of weeks. 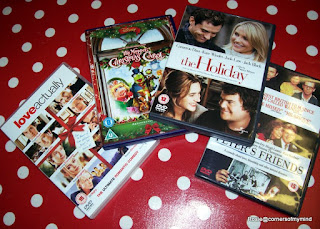 and I've got a  couple of really frivolous, festive books to read - am I getting there at last? 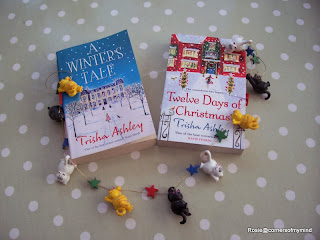