A few photos and notes from the last few days. 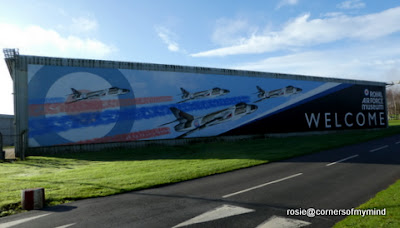 Monday was a lovely day which was good as we had set it aside for a long awaited visit to RAF Cosford.  Paul hadn't visited since the last Flight Simulator weekend in October 2019 and of course there hasn't been one for the last three years. 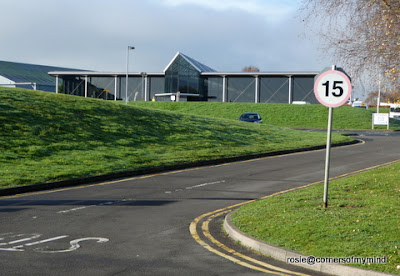 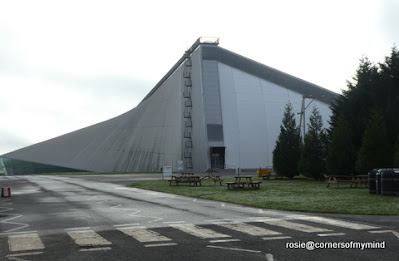 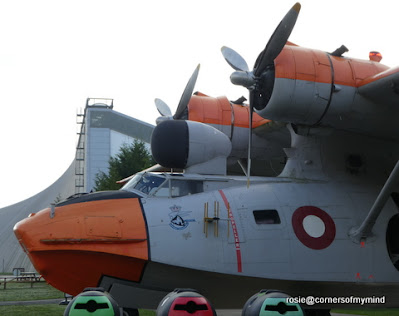 There was one plane he particularly wanted to see and photograph which had recently been put on display. 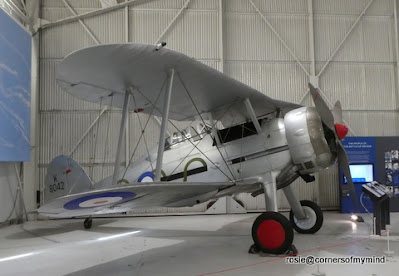 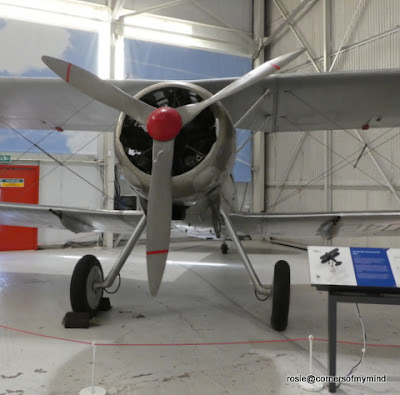 The Gloster Gladiator was the last bi-plane fighter to be built for the RAF and served in the early years of the Second World War.  They were withdrawn from the front line in 1941 but continued to be used for meteorological reconnaissance and training.

Two books from those I had reserved at the library became available. 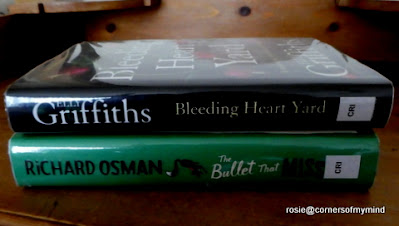 I've read one and I'm halfway through the other.  I'll soon be able to take them back so someone else can enjoy them.
We had two outings in one week the second was to Lichfield yesterday to visit the Christmas Tree Festival at the Cathedral.  I'll write a post about that later next week but for the moment here are a few photos I took around the centre. 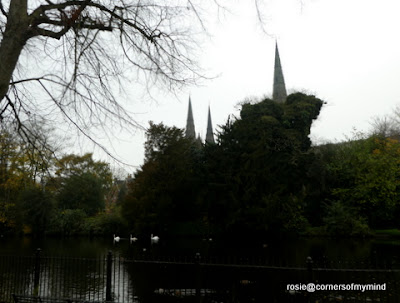 I liked the symmetry of the three spires on the cathedral and the three Swans on the Minster Pool. 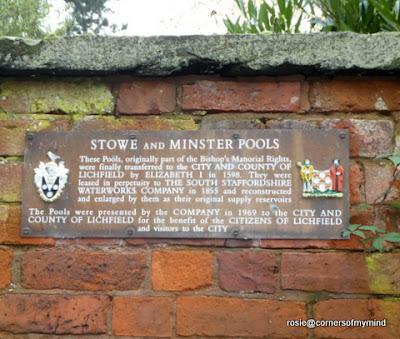 A short explanation of ownership of the pools on the walls of a nearby house. 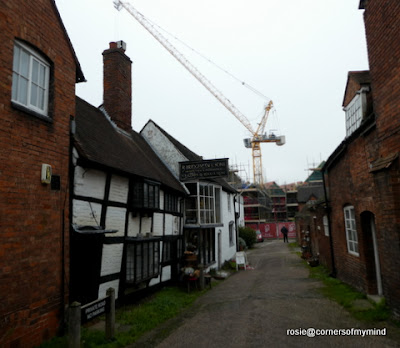 Old and new together.  I wonder if the building works will be residential or commercial. 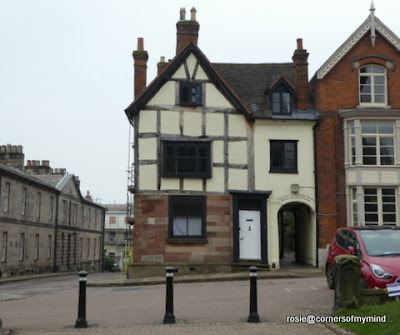 Erasmus Darwin's house museum  opposite the Cathedral. We didn't go inside this time. 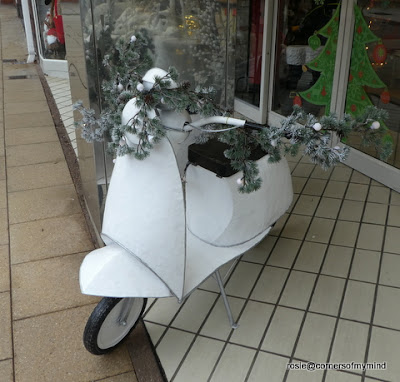 A few festive displays around the modern shopping centre. 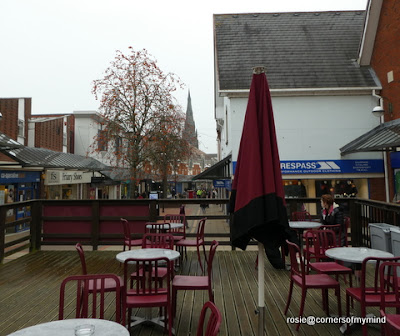 So may shops I remember in this area had gone and been replaced by others.  M&S food and Debenhams have gone.  Body shop still there thank goodness but they were out of stock of everything I wanted.  I bought an Advent Calendar from Seasalt featuring Mousehole in Cornwall.  I remember spending time there as a child whilst on holiday in St Ives.  I loved the name.  Still do. 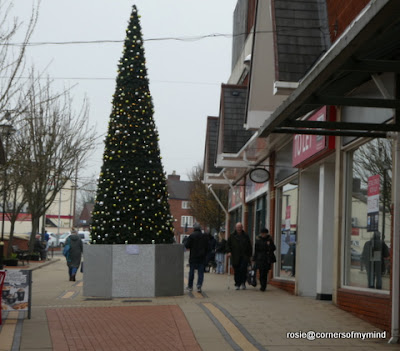 We'd made sandwiches to eat in the car for lunch but on the way back home we dropped into the Staffordshire Wildlife Trust's headquarters at Wolesley Bridge.  By this time it was mid afternoon and getting quite cold.  A damp mist was beginning to hang in the still, quiet air.  We had a warm drink and a mince pie as a treat before taking a short walk around the reserve.  We did spot a Goldcrest and a Nuthatch but the little Goldcrest just didn't stay still long enough to photograph and I took a very poor photo of the Nuthatch which isn't good enough to show here.  It was lovely to be in the fresh air and as we walked around I spotted some lovely reflections. 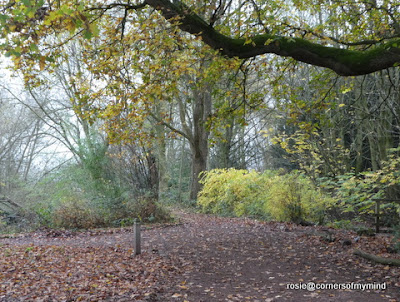 There was hardly anyone about. 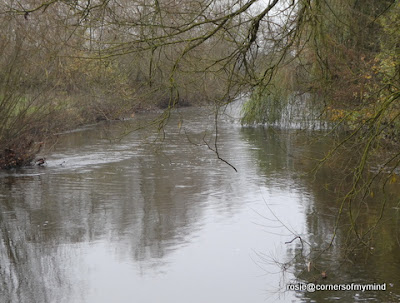 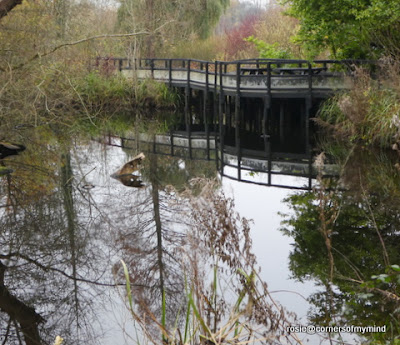 In the coffee shop there had been a cheerful birthday celebration going on around one large table. 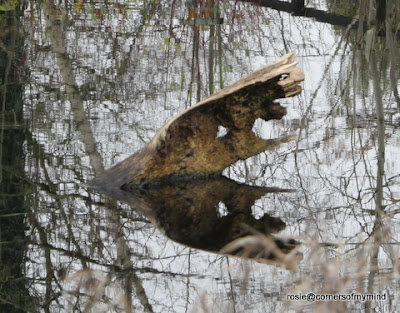 This piece of wood was an interesting shape and cast a great refelection in the pond. 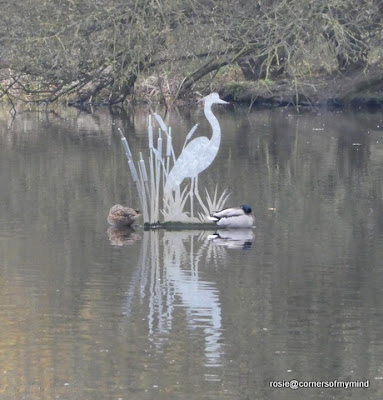 It was getting dull and damp.  It was time to head towards home.
All for now. I'll be back with the trees later.
Posted by Rosie at 2:36 pm