The calendar tells me that it's August.  How time flies.  Where did June and July go? 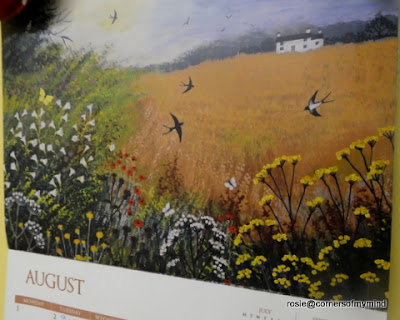 A couple of days ago the pond was cleared of some of the weed and fallen leaves. 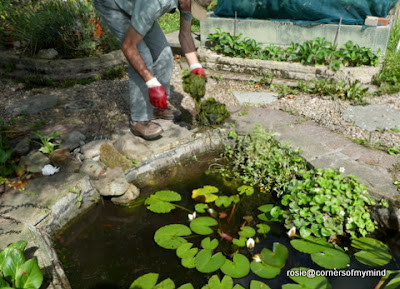 The weed is sorted through to take out any creatures and then left at the side of the pond for anything missed to crawl out and find their way back into the shelter of the water.  A large frog was spotted and lots of young newts. 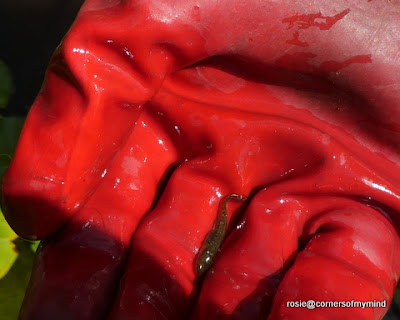 Here is one of them.  At least twenty were counted.  Just a quick photo and then it was put back into the water. We have to move the pond weed left at the side of the pond before nightfall.  If we leave it there in the morning the foxes have spread it everywhere.  I think they like to play with it. 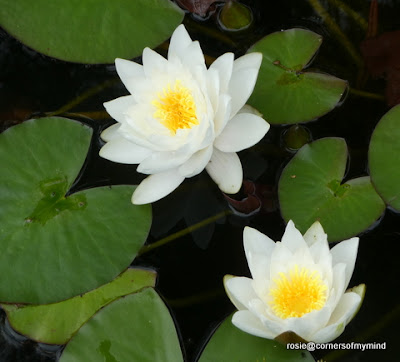 Leaves have been falling from the Tulip tree. 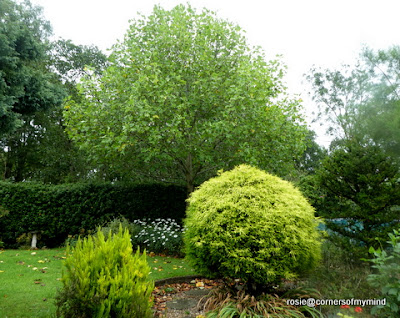 The hot weather and the strong warm breezes have started an early Autumn. 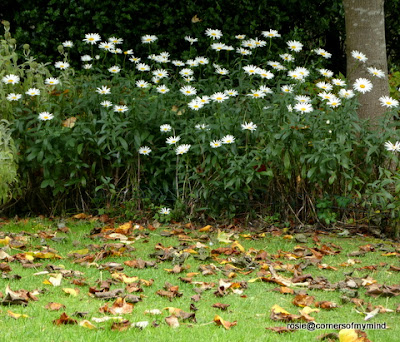 We've raked up and filled a few bags full of leaves and still they fall. 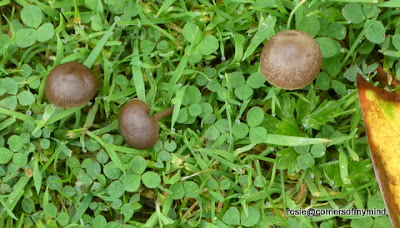 Small mushrooms, or are they toadstools? have appeared on the lawn amongst the fallen leaves. 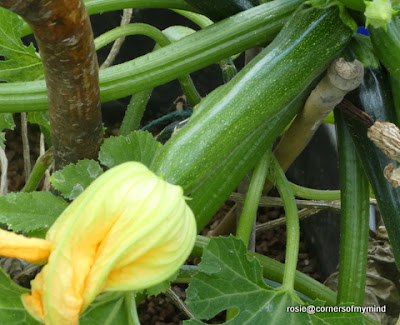 We've had a lot of courgettes so some baking and cooking was done. 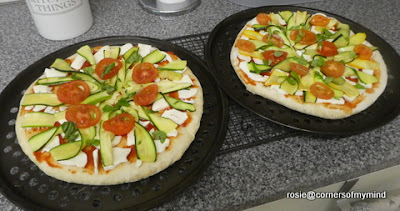 Courgette and Goat's Cheese pizza - very tasty with salad leaves from the garden. 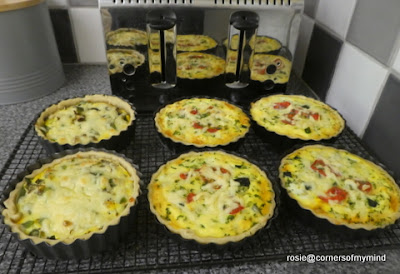 Also small quiches for the freezer with courgettes, tomatoes and broccoli from the garden.  Paul was the baker, I did make the pastry for the quiches though.
A lovey gift through the post from our friend Robert.  Send me six photos from your garden he said and I'll make you a cube.  He loves making cubes and has been making them on and off for quite a few years covering many different topics.  His favourites are maps and buses.  It arrived flat pack and was easily assembled. They are great for popping little gifts inside. 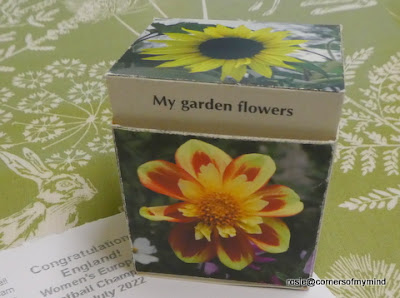 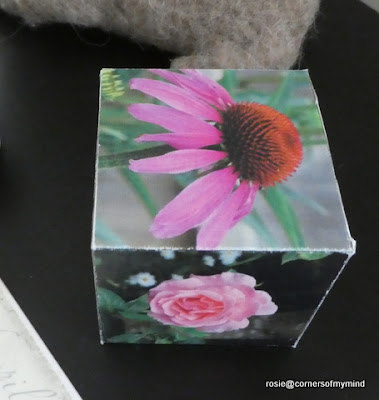 It's a very pretty cube 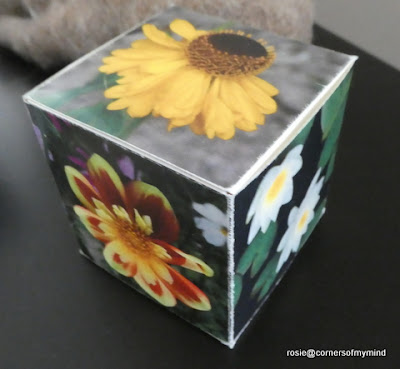