It was a warm, sunny afternoon when we visited.  The site was deserted so we had the place to ourselves.  The castle seemed hard to find.  We passed through Old Bolingbroke twice but then discovered we had missed a sign in the centre of the village and eventually, down a very narrow lane, we found the entrance by the lovely old cottage below. 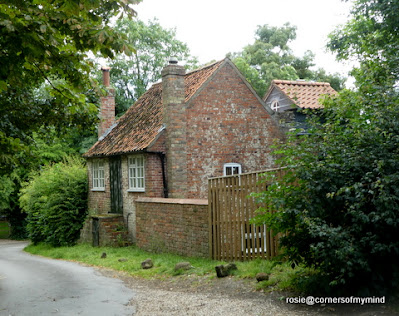 The site is maintained by English Heritage. 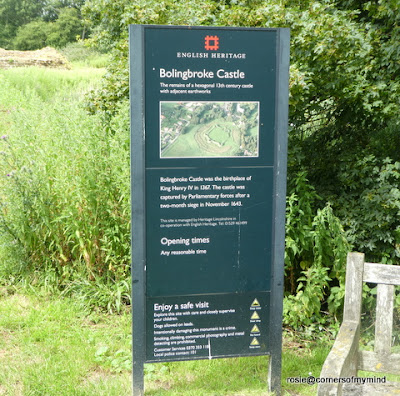 The plan below shows the layout of the castle.  Most of the information boards were faded and hard to photograph. 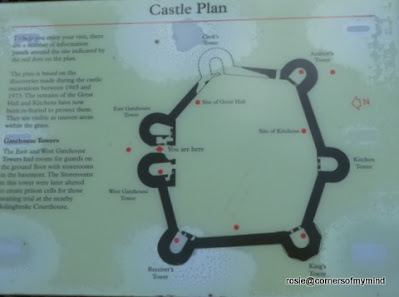 The plan is based on discoveries made during excavations carried out between 1965 and 1973.  The great hall and kitchens have since been re-buried to protect them. 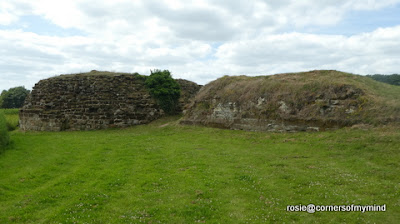 Above the view across the castle mound from the entrance we used.
The castle was built c. 1220 for Ranulf de Blundeville , Earl of Chester and Lincoln after his return from the Crusades.  It was one of three castles built for him the others being Beeston Castle in Cheshire and Chartley in Staffordshire. 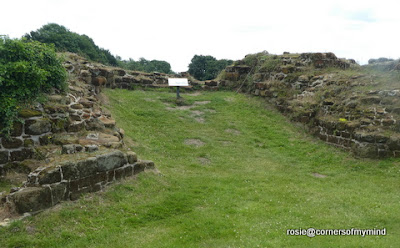 Remains of the Auditor's Tower. 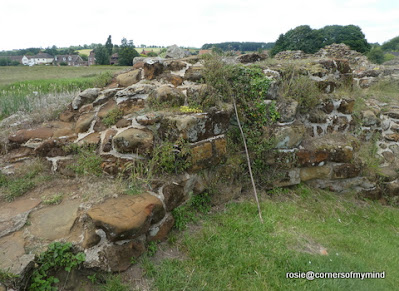 As I mentioned in my last post the castle was eventually inherited through his first marriage  by John of Gaunt the third son of Edward III.  He married Blanche, the daughter of Henry of Grosmont, the first Duke of Lancaster.  Blanche and her sister Maud were born at Bolingbroke Castle. 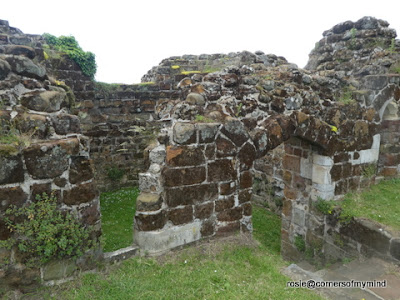 Site of the Kitchen Tower 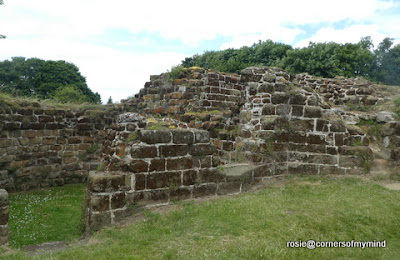 Henry of Bolingbroke later King Henry IV, the son of John of Gaunt and his wife Blanche was born at the castle in 1367. 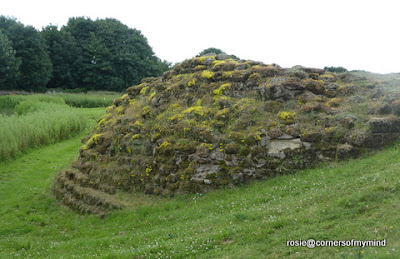 During the 15th and 16th centuries the castle was used as an administrative centre for the estates of the Duchy of Lancaster.  Hence there being an Auditor's Tower and a Receiver's Tower. 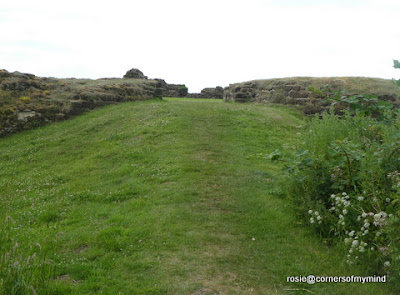 The gatehouse towers by the main entrance to the castle.  These towers contained rooms for the guards and storerooms below.  These storerooms were later used as holding cells for prisoners awaiting trial at Bolingbroke Court house. 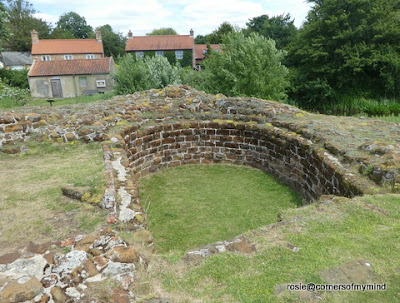 Again, as I also mentioned in my previous post, in the 17th century, during the Civil War, the castle was besieged and later destroyed by Parliamentarian troops. Below part of the castle moat. 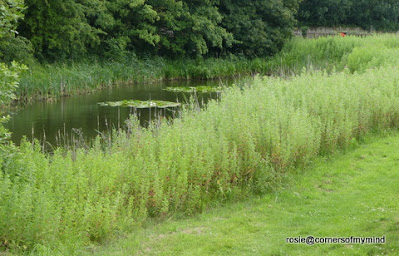 When first built the castle was an enclosure castle, a typical 13th century castle, which had a courtyard within the curtain walls where there would have been timber framed structures including a Great Hall and service buildings as seen in the illustration below. 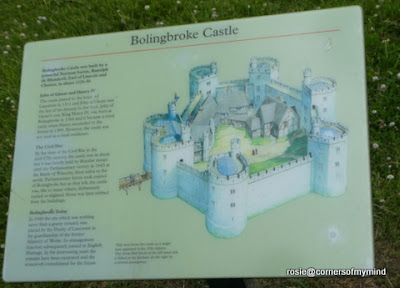 Below is a view from the Auditor's tower of the Rout Yard apparently there are several earthworks in the field and also the fishpond. 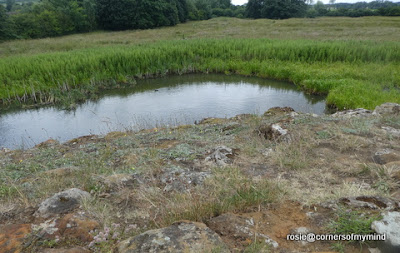 All for now. I hope you have enjoyed this little tour.