We've had such strange weather over the last few days but we have been able to get out for a quick walk a few times between the raindrops.  Over the muddy fields, for which wellies are definitely needed, or around the streets locally varying the route, clockwise or anti clockwise around the block.

This was the sun at just before eleven o'clock this morning. 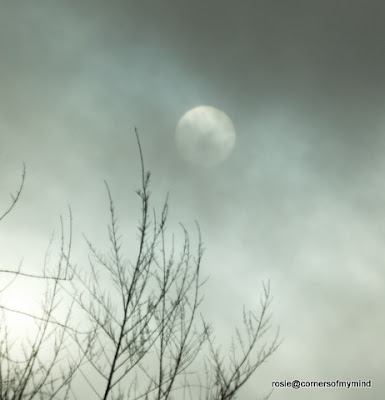 We risked going out for a quick walk and were lucky. It started to rain just as we  got back home. 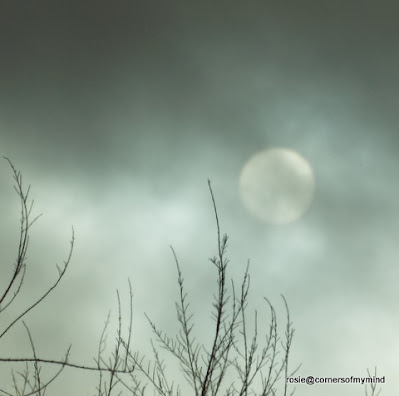 We made cheese scones for lunch but had eaten them before I thought to take a photograph, they were delicious. 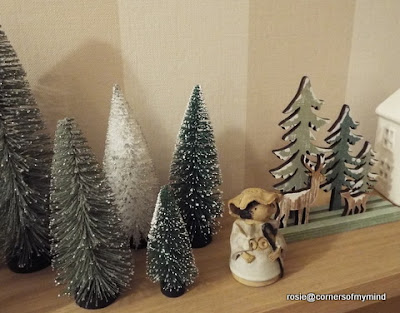 I've been sorting out the Christmas decorations and gradually putting them around the house.  I was pleased to find my little singing shepherd. 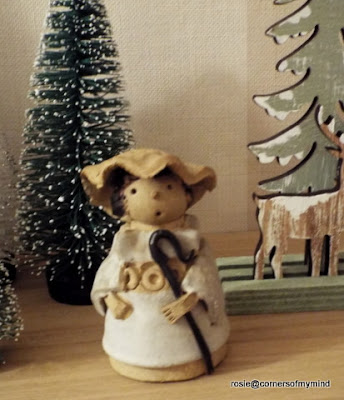 I bought him from a shop in Stratford-upon-Avon some time in the late seventies or perhaps early eighties. We had probably been to see a play but I can't remember which one, we were also Christmas shopping because I remember the lights in the darkening streets as we emerged from the theatre in the late afternoon . He is actually a candle snuffer.  I remember there were other nativity characters to choose from but he appealed to me then and I still like him. 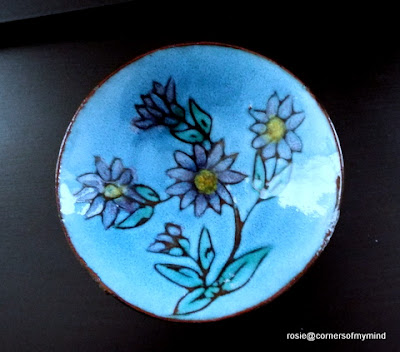 Finding the shepherd candle snuffer reminded me that I also bought a little dish from the same shop as a present for my Mum.  Of course it is now back with me and full of memories. 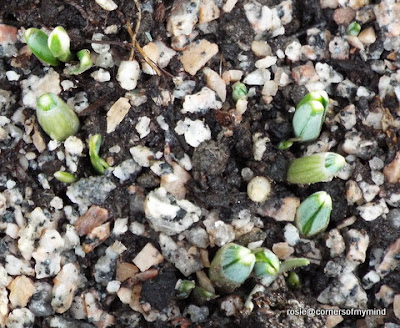 Meanwhile, in the garden, little Snowdrop shoots have begun to emerge from the damp soil. Signs of hope, of new beginnings, at least one small thing to look forward to in the new year.
Posted by Rosie at 2:32 pm