Five from the Yorkshire Sculpture Park

I've been away from the computer for a while whilst I get used to the new situation with my eyes. A couple of weeks ago, when I was coming back from the hairdresser, I noticed that the kerb edges were running together and that our hedge was across the front of the house rather than down the side of the garden.  I was hoping it was just a temporary thing but going out in the car (as a passenger) the next day it seemed that cars on the opposite side of the road were crossing to our side not only that they were doubled.

Panic set in, I was triaged to a local optician and given an eye test.  To cut a long story short I have double vision because the muscles in one of my eyes have failed and so my eyes are working separately rather than in unison.  I have to have special glasses made and they will be ready in a couple of weeks time so I'm struggling until then with an eye patch on one eye.

Anyway hopefully the new glasses will work.  In the meantime we had tickets booked for the Yorkshire Sculpture Park, where we met with a couple of friends keeping the new rule of six down to just four and wearing masks most of the time except over coffee and lunch.

Here are five photos from the special exhibition there by Portuguese artist Joana Vasconcelos.  She uses fabric, needlework and crochet alongside everyday domestic objects like saucepans, wheelhubs, mirrors and telephones.

I'll add the photos I took below.  Five and then a collage of five more seeing as it is Friday.  No words as it is quite a struggle to see what I'm doing. 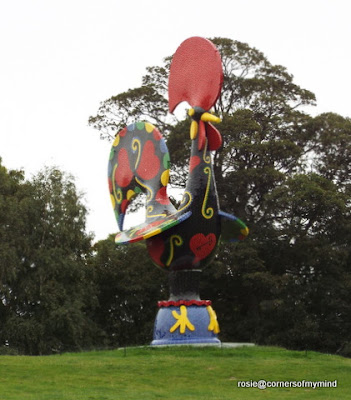 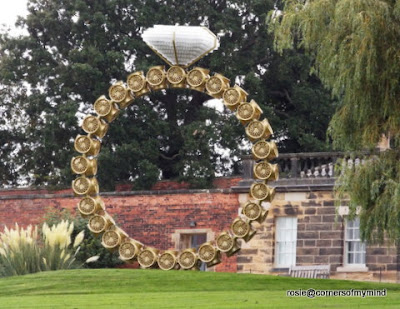 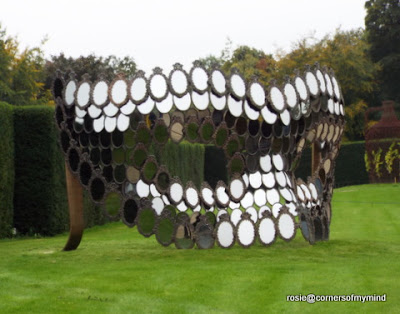 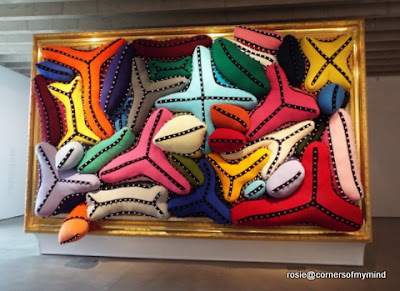 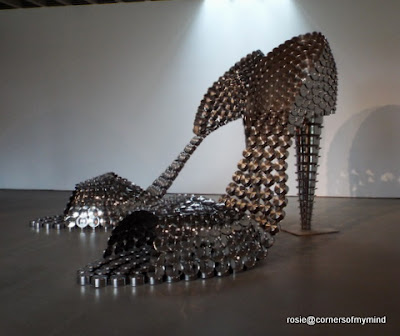 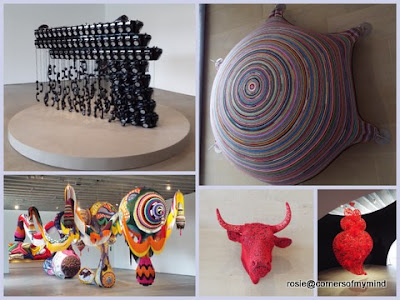 I'll catch up with comments both here and on your blogs when I have my new glasses😎
Posted by Rosie at 10:26 am