One of the places we visited on Anglesey was the little village of Moelfre.  We'd spoken to the helpful lady in the tourist centre at Beaumaris and she suggested that we park a little away from the centre and walk in as the parking places there were both few and expensive. 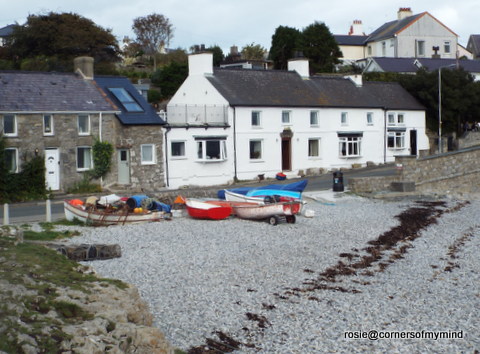 We found the free car park near the shops as she suggested and walked down a very pretty alleyway onto the main street.  From there it was a short walk to the sea. 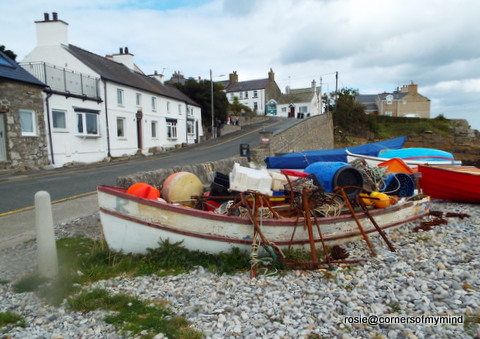 It has such a quaint centre with little cottages overlooking the bay.  First thing first was an ice cream as it had had turned from a rainy and damp morning to a warm and sunny afternoon.  There was a lovely ice cream shop at the side of the car park with seats overlooking the sea. 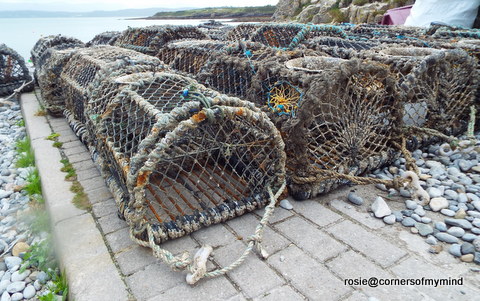 Fully refreshed we decided to explore a little and follow the coastal path. 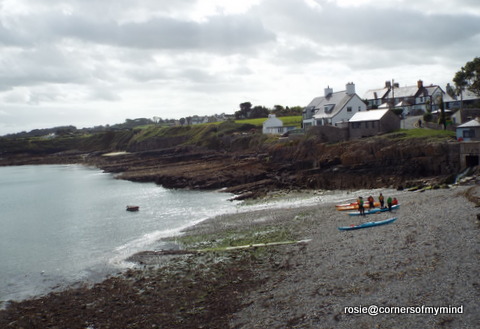 Looking back at the village from the top of the hill and start of the path. 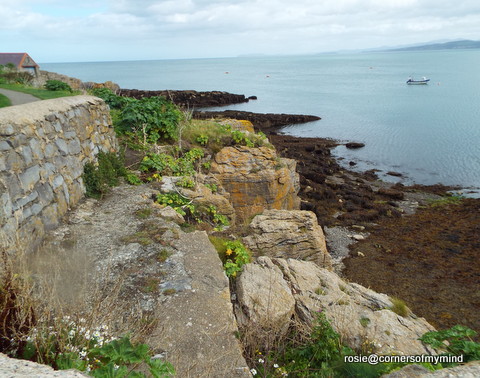 Along the coastal path. 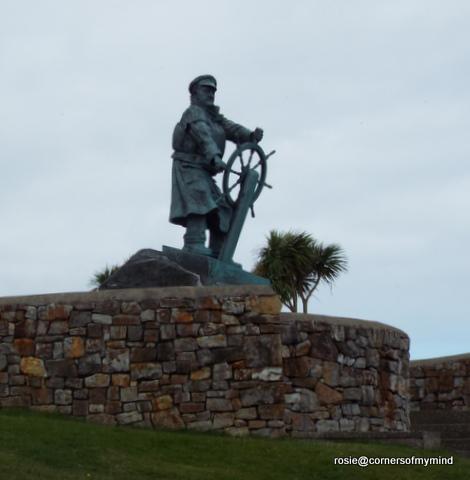 Above a statue outside the Seawatch Centre.  Inside are interesting displays about maritime heritage. 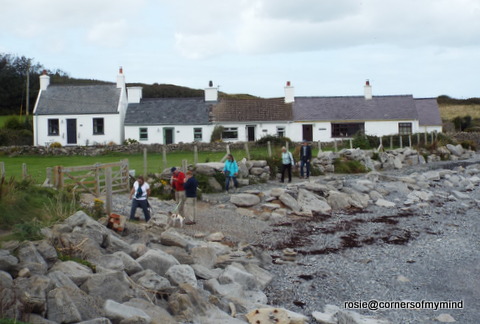 Fishermen's cottages just off the coastal path.  We'd looked at one of these on a website but at this time of year they were fully booked.  We thought we might check it out for next year but it is fully booked except for three weeks in August.  It must be a popular place to stay and I can see why. 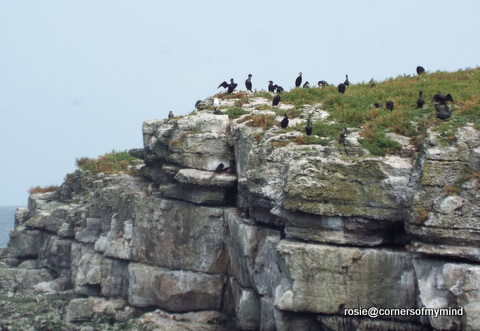 There were lots of cormorants on Moelfre Island. 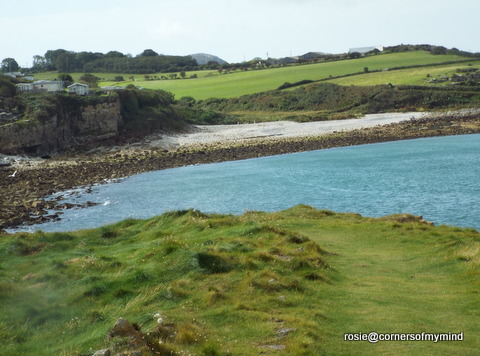 Overlooking Dulas Bay where The Royal Charter ship was wrecked in October 1859 with the loss of over 400 lives.  There is a monument along the coast which commemorates the lives lost. 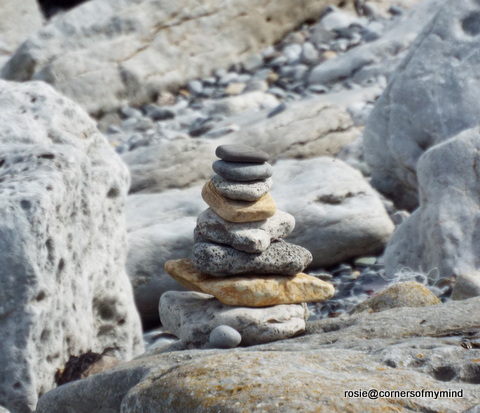 Someone had been busy building a stone sculpture. 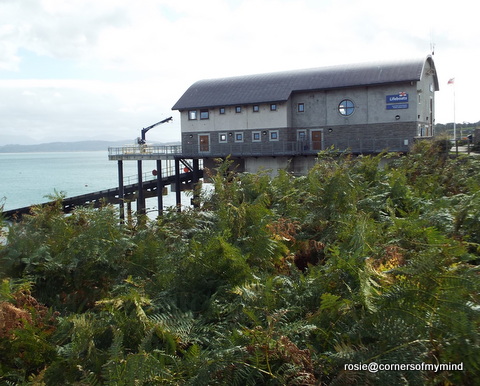 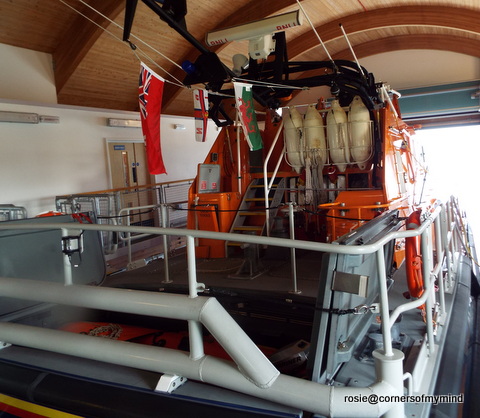 We went up to the top part of the building where the upper deck of the lifeboat was.  I didn't go down as I have a phobia about the bottom of boats when they are up out of the water.  I've had it for ages and had never heard of anyone else feeling the same way until I heard the choirmaster and broadcaster Gareth Malone say on a television programme that he had this too. 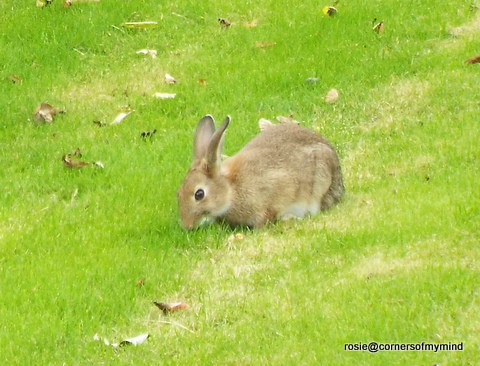 A bunny!  It's always a joy to spot one as I rarely see them nowadays.  There were four in this small field which might actually have been at the bottom of someones garden. 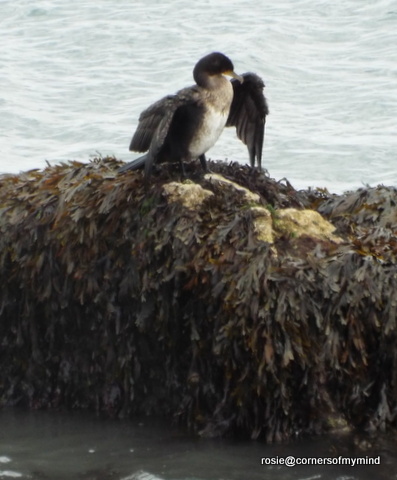 A cormorant resting and drying its wings on a rock near the lifeboat station.