A late Monday miscellany on a Tuesday with a few bits and bobs from the last few days. 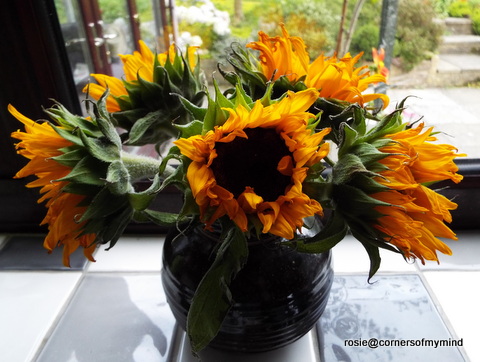 The sunflowers in the kitchen windowsill are beginning to look a bit sorry for themselves.  Just a little tired, bedraggled and brown around the edges.  I've had them for a couple of weeks and they have been wonderful. 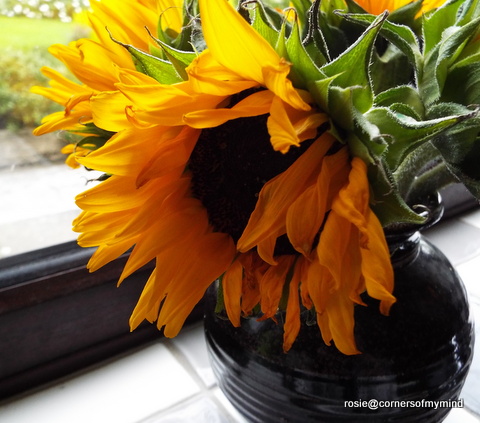 Actually I quite like them like this.  Just as in Spring when tulips become open and overblown and make sculptural shapes in their vase, so these wilting sunflowers have an opulent beauty of their own 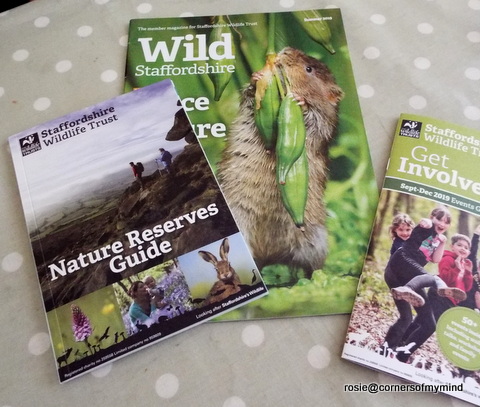 We've been members of the Staffordshire Wildlife Trust for quite a few years now and often walk at some of their nature reserves, others we have never visited.  A new list of all the reserves has arrived in the post this morning and we are already thinking about travelling just a little further afield to discover new ones.

Meanwhile the garden has taken on a pink hue 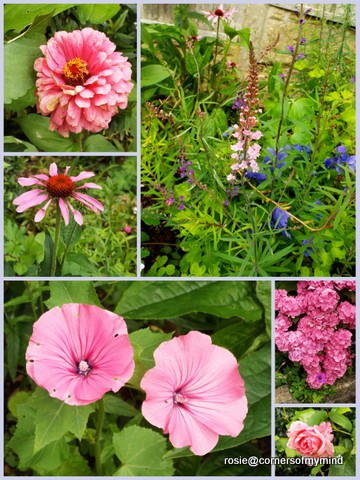 but some of the flowers have been spoilt by the wind and rain over the last few days. 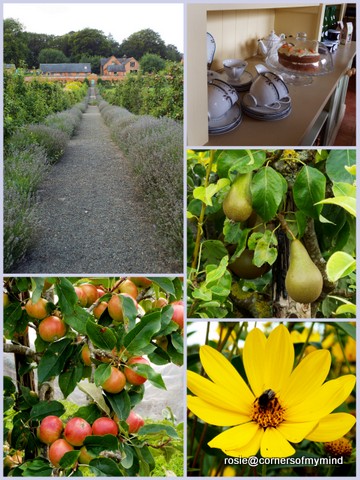 On a sunny morning last week we visited Sugnall Walled Garden near Eccleshall. Although it is still August there was a slight autumnal feel in the air.  Coffee and cherry scones were lovely indoors away from the wasps.  Outdoors a group of cyclists were enjoying coffee with slices of rhubarb and ginger cake. 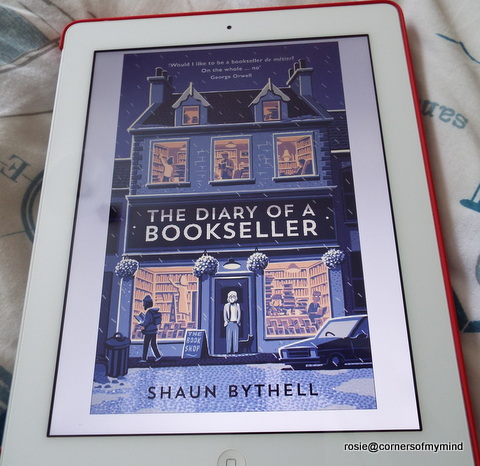 Reading - borrowed e-book from the library  'The Diary of a Bookseller' by Shaun Bythell. 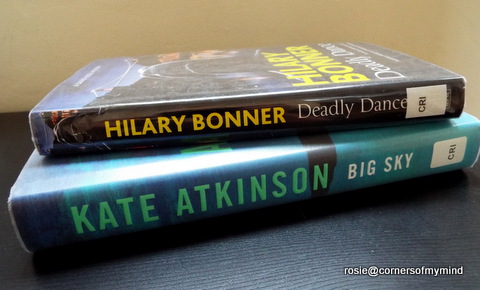 To be read - 'Big Sky' by Kate Atkinson which I've had reserved at the local library since the middle of June and 'Deadly Dance' by Hilary Bonner a new author to me but I spotted it on the library shelves when I popped in to collect 'Big Sky' and thought I give it a go. 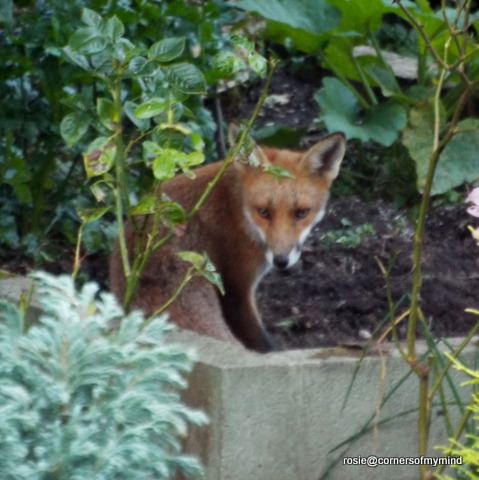 Lastly back to the garden, yesterday just after 8p.m. so photographed in fairly low light through the window, one of the fox cubs in the garden he looks as if he had been snoozing in the raised bed.   His brother was with him but shot off before I could take a photo of them together.
Posted by Rosie at 1:18 pm