On Friday morning we decided to drive to the nearby town of Stone and walk along the canal. 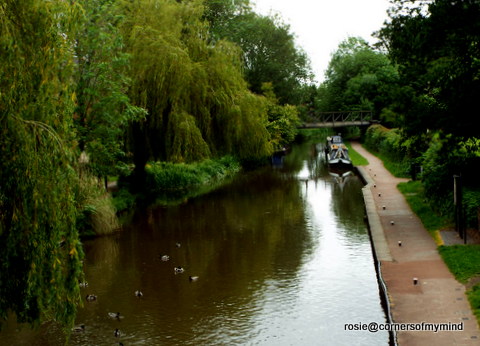 There was a little bit of drizzle in the air but it soon cleared up. 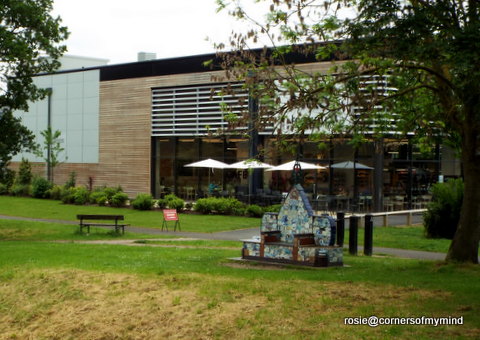 We had a cup of coffee in Marks and Spencer which stands overlooking the canal.  I expect it is well used by the boats that moor nearby. 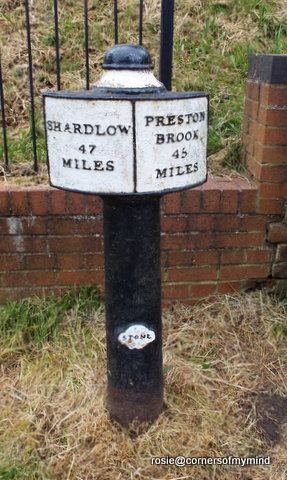 The Trent and Mersey Canal runs between these two places and Stone is about halfway between the two. 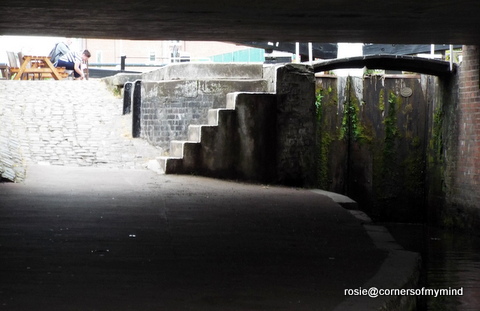 We decided to walk towards the outskirts of the town before returning the way we had come. 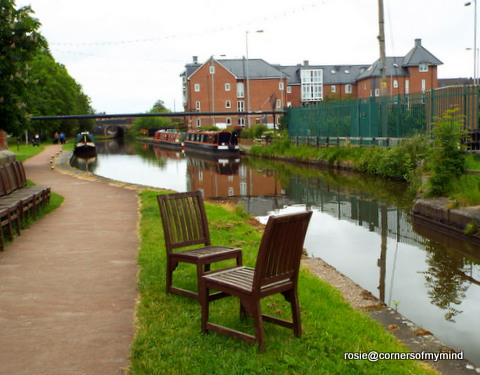 There are lots of interesting features along the banks of the canal.  New apartments overlooking the water on one side. 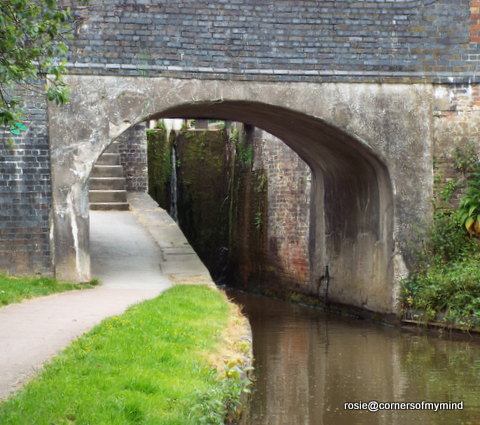 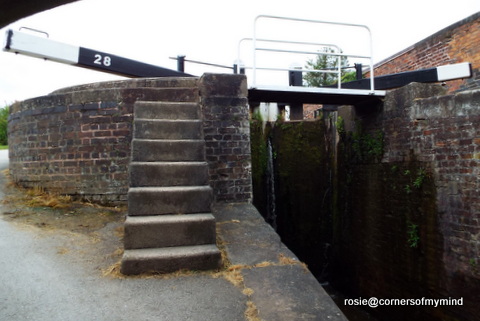 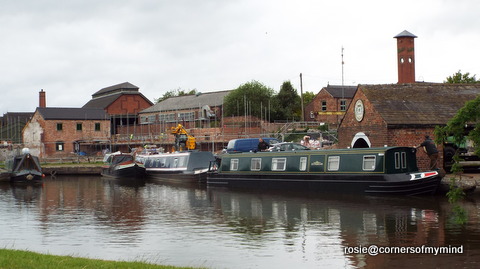 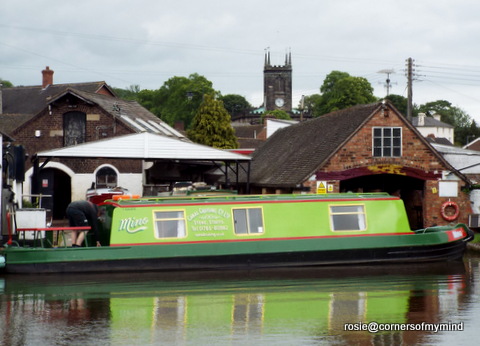 The Georgian Parish church of St Michael can be seen in the distance. 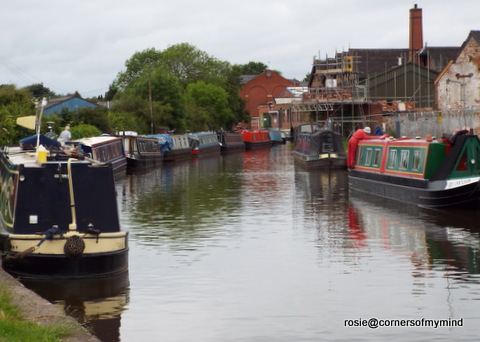 There were lots of boats moored near the workshop and the tip tapping of hammers and the buzzing of drills competed with the birdsong and the whiff of paint was in the air.  It reminded me of how noisy and busy the canal would have been in its heyday. 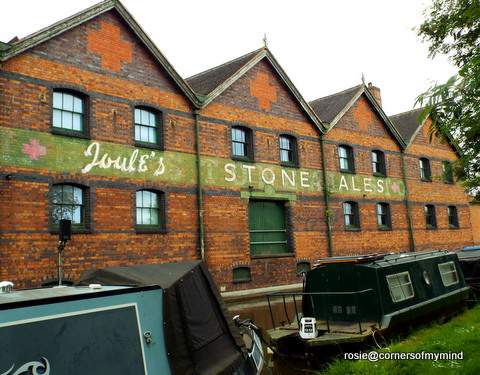 Boats were also moored in front of the old Joule's Brewery which closed in the 1970s.  Beer is now brewed at a modern factory in Market Drayton. 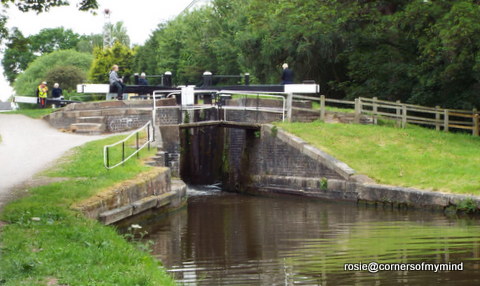 We saw lots of wildlife along the way 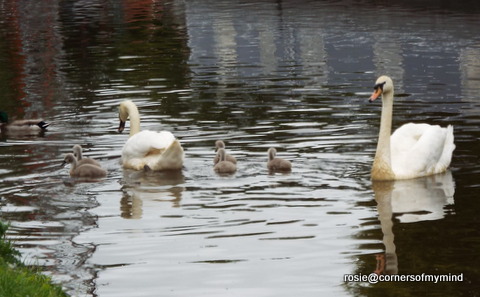 Including a swan family 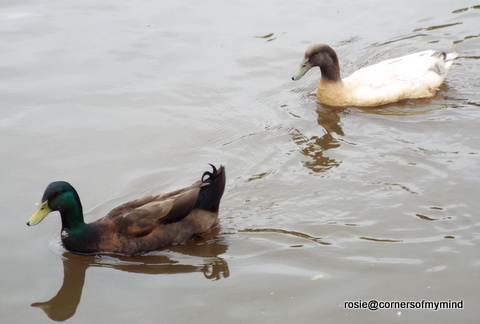 An unusual pair of ducks. Mallard and Cayuga mix perhaps? 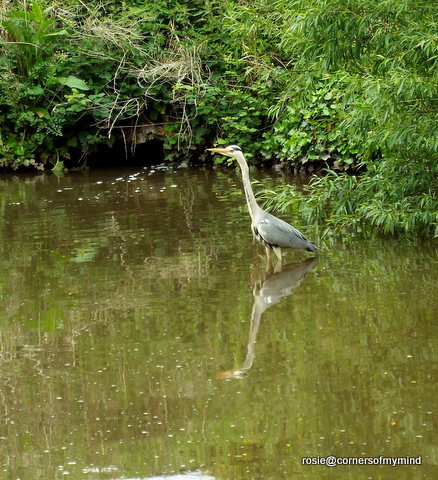 The grey heron didn't seem too bothered by people walking by as he strolled his stately way through the water quite close to the town.  At least you can see that the water isn't too deep.
Posted by Rosie at 8:20 am