On Friday we decided to have a day out before the roads got too busy over the bank holiday weekend.  Castleton in Derbyshire was decided upon.  We were there in just over an hour and had breakfast first at the Three Roofs Cafe. 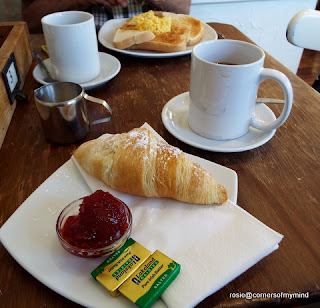 Scrambled eggs for Paul and croissant for me. I never know why they give you butter with a croissant as it is full of butter anyway.  I like mine just with preserve. 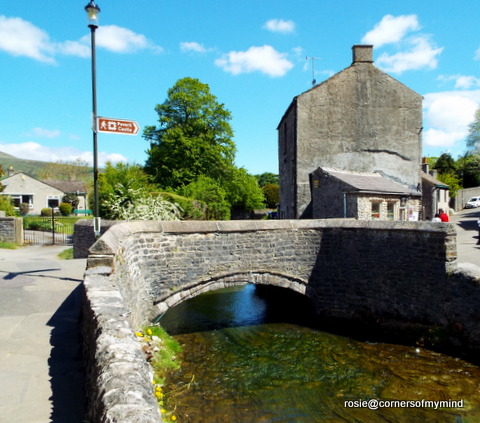 Usually when we visit Castleton I take photos of the church and the castle which I have written about before but this time my eye was drawn to some more unusual things. 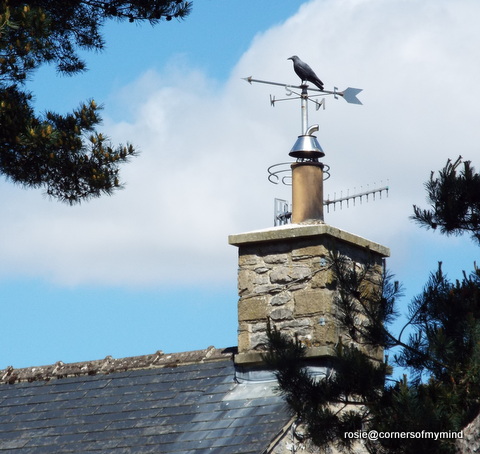 A weather vane on a stone cottage 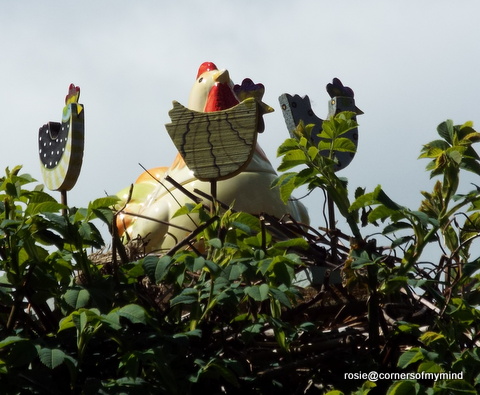 Chickens in a hedge 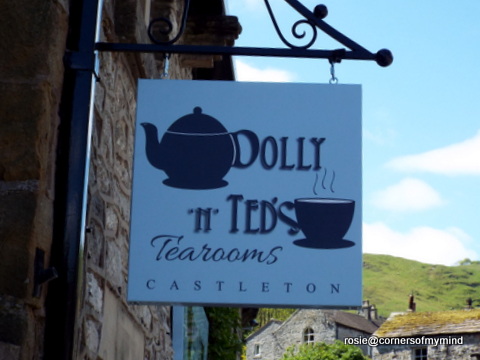 The sign brought back childhood memories of having a teddy and a dolly.  I still have the teddy but was never too fond of dolly so I eventually gave her away.  Mum always made me give one toy away to the children's home via Santa's Sleigh each Christmas.  Now though our neighbours have a Teddy (dog) and a Dolly (cat) so the names are still in mind. 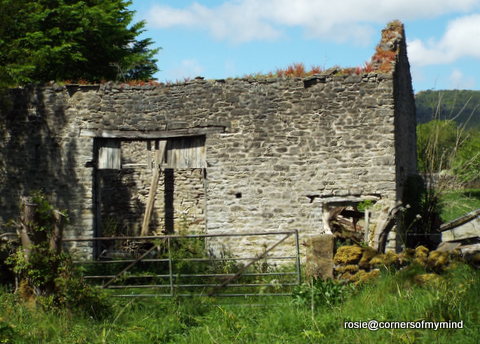 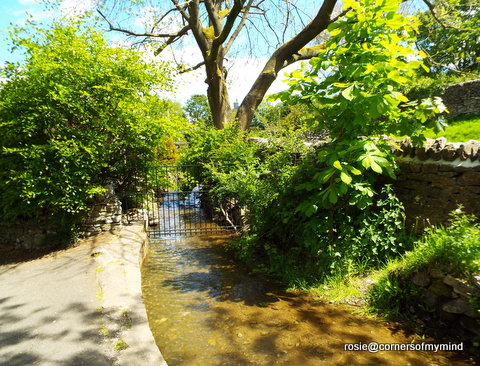 A Walk by a stream. 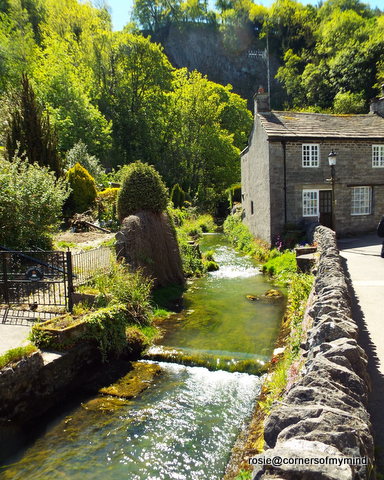 This stream is called Peakshole Water its source being the Peak Cavern. 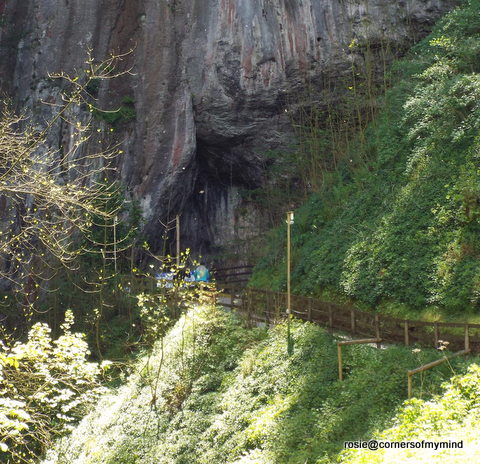 Peak Cavern where at present a stage is being erected in the entrance to cope with the many events that take place throughout the year. 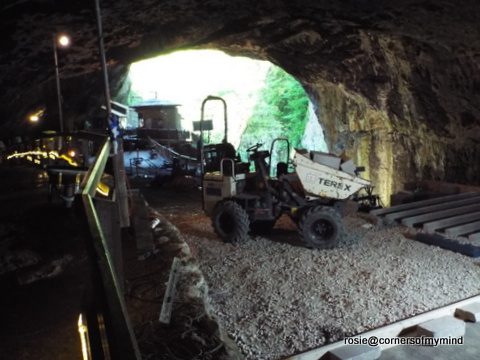 We approached the kiosk and were told that a tour would take place in a couple of minutes so we decided to join it!  Our guide was very knowledgeable and entertaining.  We learned about the rope and tallow makers who used to live at the entrance to the cave. We watched him make a length of rope whilst he talked about the families who started the rope making industry. The families lived within the cave and one small room for a family was still there.  I didn't take a photo inside - there was just room for sleeping between working hours. 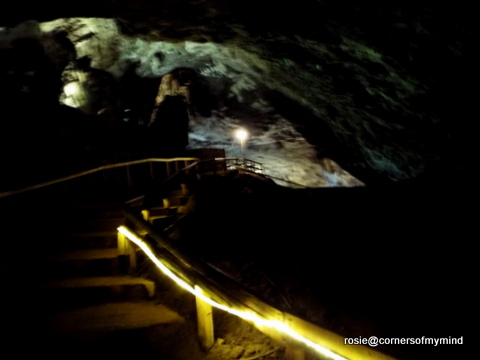 The rope makers also acted as guides to the well off people who came from far and wide to visit the cave. It was an extra way of earning money for their families.  Their children would be involved often standing up high with candles so that visitors could see the important features.  Piggy back rides would be given to those who didn't want to dirty their shoes all these services meant for extra tips to boost their meagre income. 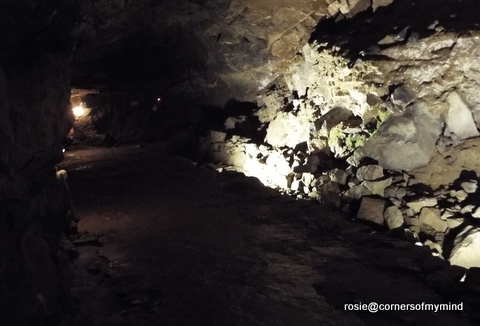 At one point we had to bend low to get through some parts of the cave. Avoiding head bangs and spiders along the way. By the time I'd done it twice - you go out the same way as you go in - I was feeling a bit frazzled and my legs and back were aching. 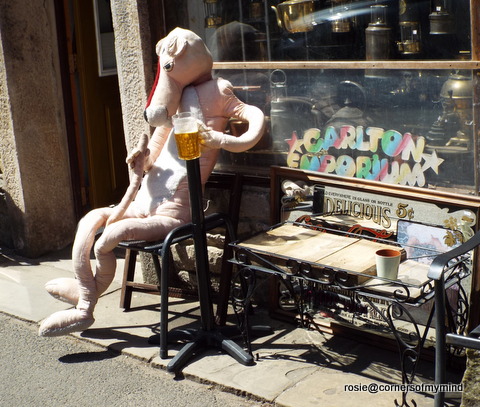 I felt a bit like he looked and certainly in need of a sit down and another coffee. 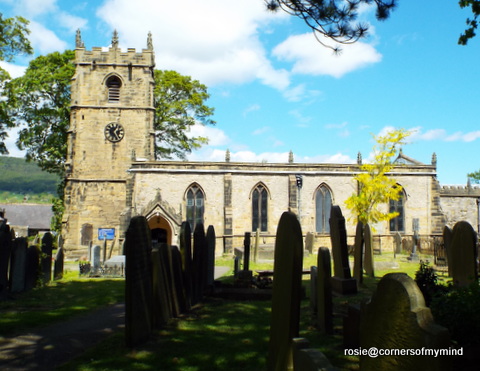 Back to normal, up in the fresh air and a photo of the church - I couldn't resist. We didn't go inside as it was time to collect the car from the car park and move on whilst the sun was shining and the skies were still blue. 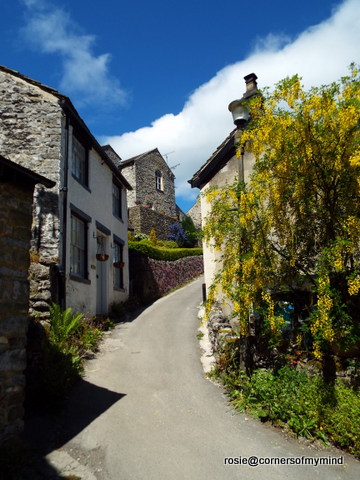