In the garden the trees and shrubs are taking on their autumnal hue. 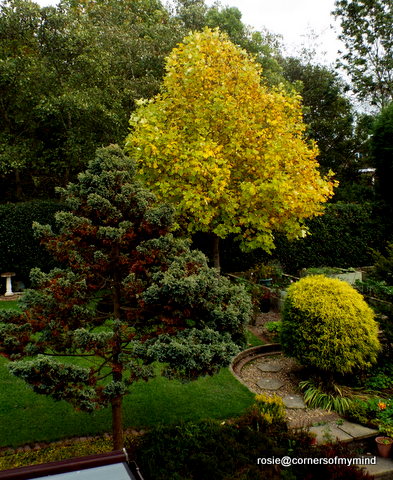 The Tulip Tree (Liriodendron)  has gone from bright green to yellow in one week. 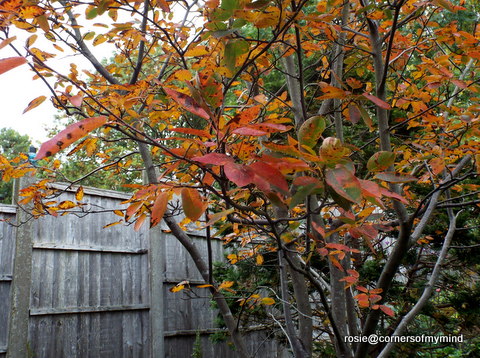 The Amelanchier has reached its final colouration for the year.  Snowy white flowers in Spring were replaced by bright ruby coloured berries in Summer and now its leaves have turned russet and are gently falling of the branches.  It is a favourite with all the small birds especially blue tits, sparrows and robins as they use it to perch in before they swoop to snatch buggy nibbles from the window feeder.  Only the robin takes the time to look through the window at us. 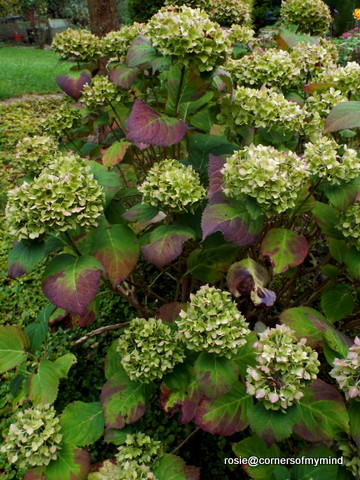 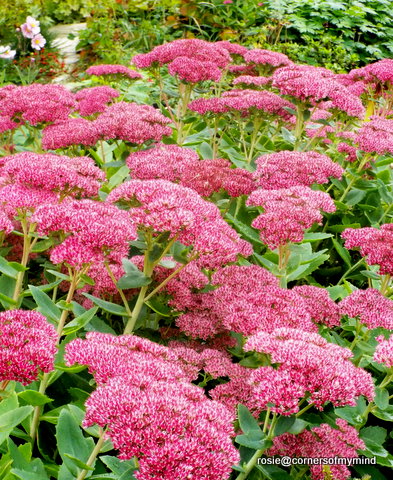 The sedums which are so popular with butterflies have darkened. A Red Admiral visited in the afternoon sunshine. 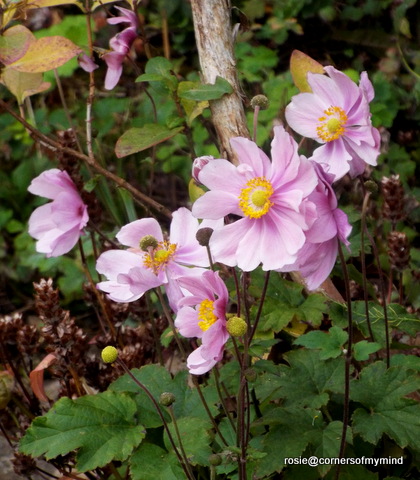 The Japanese Anemones are holding out as long as they can.

Meanwhile in the kitchen new recipes have been tried and tested 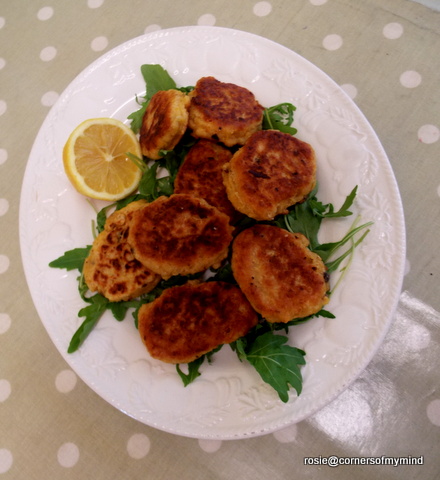 Chickpea Fritters delicious on a bed of Wild Rocket. Recipe by Jamie Oliver from the September Food Magazine from Waitrose. 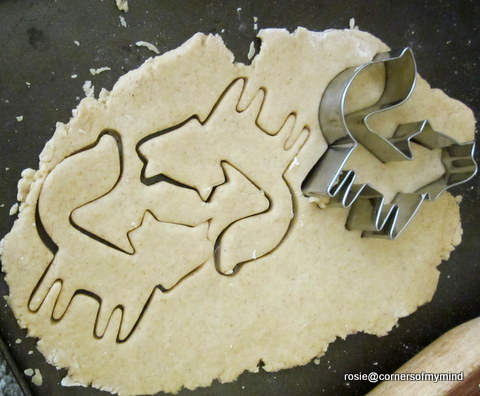 Fox shaped biscuit with a little cutter I received as part of a birthday present near the end of August.  It was the first chance I had of using it. 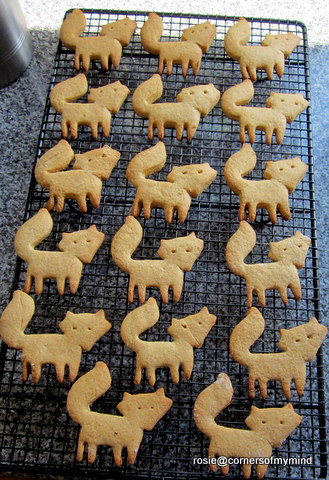 The recipe used was from the BeRo book for gingerbread men. I've been reading the latest Stephen Booth 'Cooper and Fry' novel.  I love these books as they are set in around the Peak District and actually other parts of Derbyshire and Nottinghamshire too. Many places I know and love have been used in these novels. This story is set around Hayfield and Kinder Scout with references to the Mass Trespass which took place there in 1932 and which finally led to the creation of the first National Park.

Most of my ancestors come from Derbyshire and Nottinghamshire with a few from Leicestershire and Lincolnshire.  Plus one from Fife in Scotland who moved to live in Loughborough, Leicestershire in the 1820s. 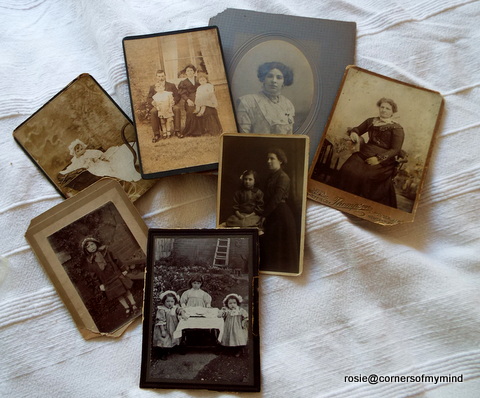 I've been sorting through some old family photographs.  Most are of family on my mother's side, some came to me from my mother's cousin who lived in Ottawa, Ontario, Canada. She was one of the little twin girls you can see in the bottom photo. The family left Nottinghamshire for Canada in 1913.
The girls were called Violet and Olive.  Violet lived into this century and she is the one who sent me many photos. I met her twice when she came back to England for visits.  Unfortunately she lost her twin sister during an outbreak of diphtheria just a few years after they arrived in Canada. 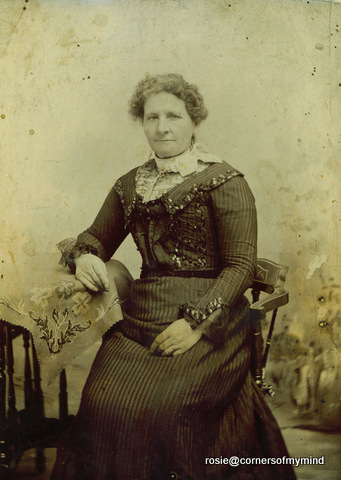 The formidable lady above is my great great grandmother Martha who was born in the village of Welby near Grantham in Lincolnshire.  When she married she moved to Long Clawson near Melton Mowbray in Leicestershire. 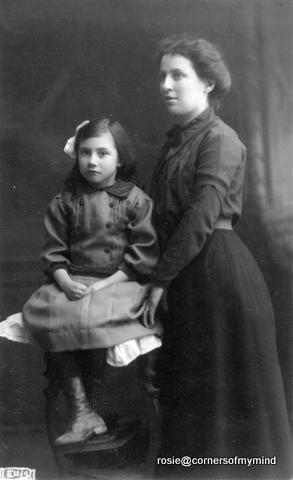 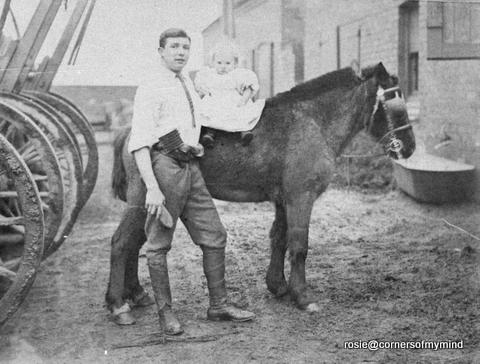 Above my grandfather Alexander Joseph with my mother's brother William Edward.  Another sad tale of infant mortality I'm afraid.  Meningitis took him in 1911.

I can spend hours looking through old photos often wondering who some of the people are as many aren't labelled in any way.