We had a wonderful morning at Hopton Hall Gardens which is in the village of Hopton close to Carsington Water in Derbyshire. It is quite a long time since we last visited and there had been quite a lot of changes and additions.  The walk seemed quite a bit longer and there were some new areas to explore. 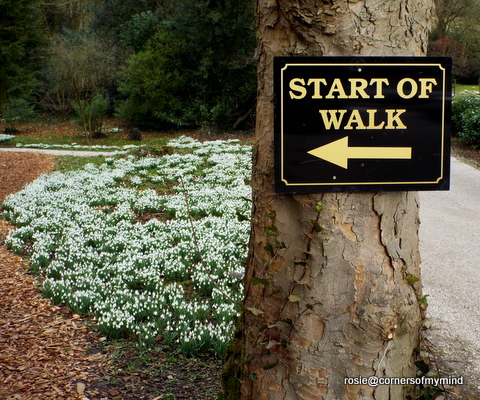 We followed the Snowdrop Walk around the garden. 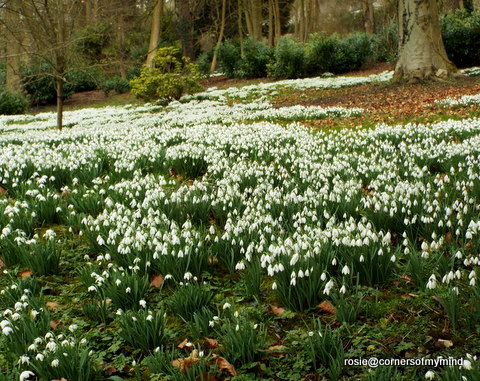 The snowdrops lay in patches under the trees stretching into the distance like drifts of newly fallen snow. 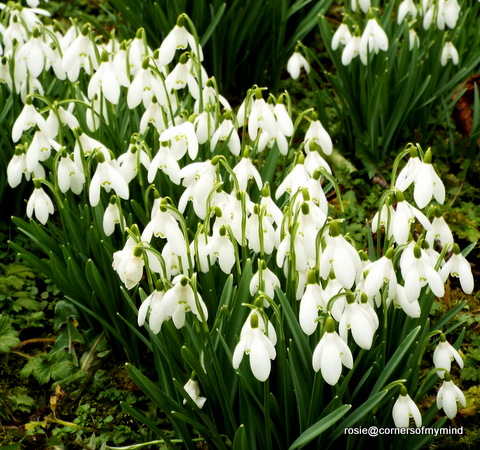 So magical, so beautiful 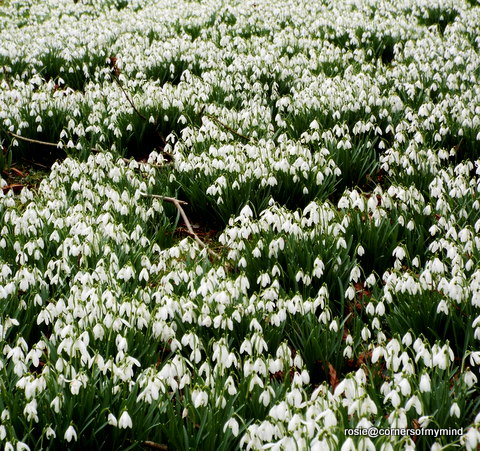 A feast for the eyes. 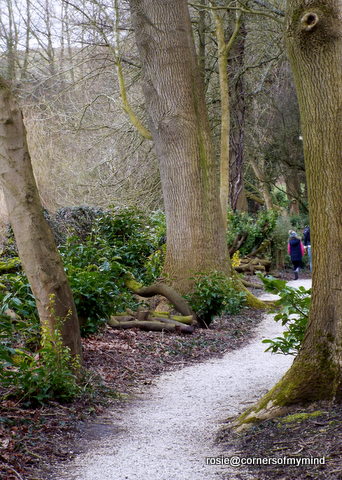 We followed the gold arrows along the well maintained paths.  After an early 'mizzle' in the air, the skies cleared and the sun appeared above the trees. 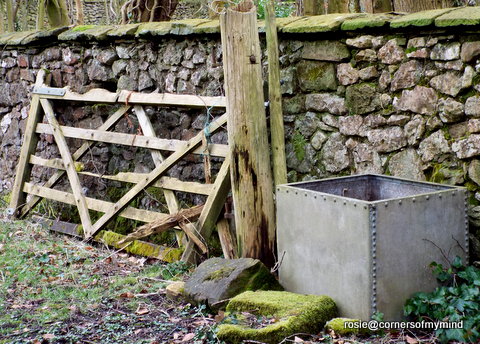 There was a lot to see. I loved the layout of the garden and the stone walls. 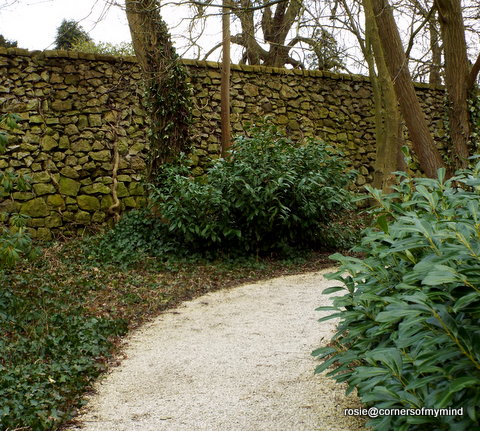 The path gradually wound us round toward the hall. 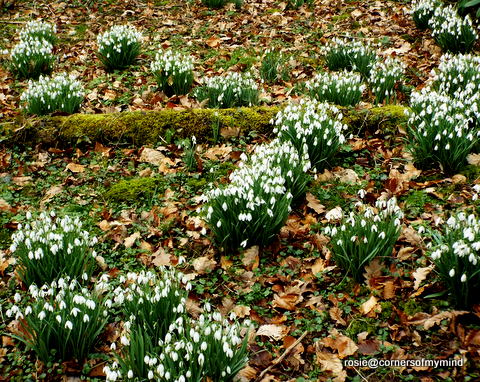 More snowdrops amongst the papery leaves left from autumn and mossy stones and logs. 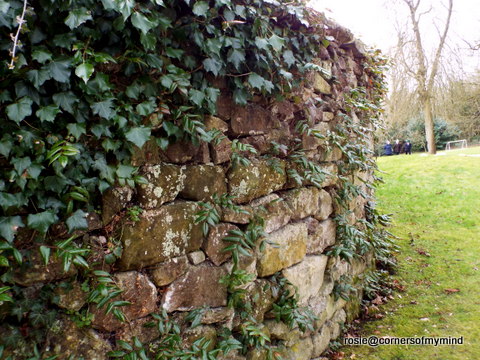 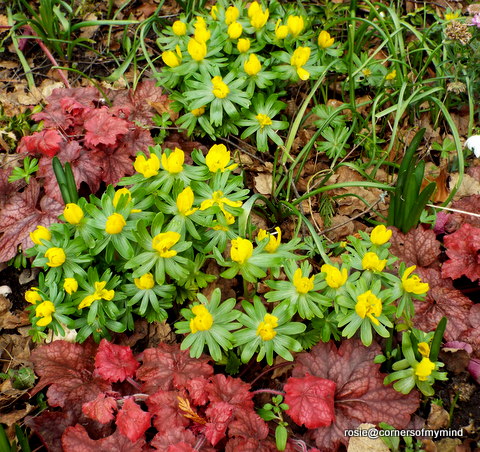 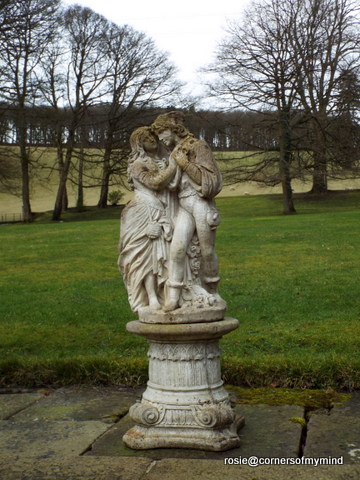 Statue opposite the hall entrance with a lovely view behind it. 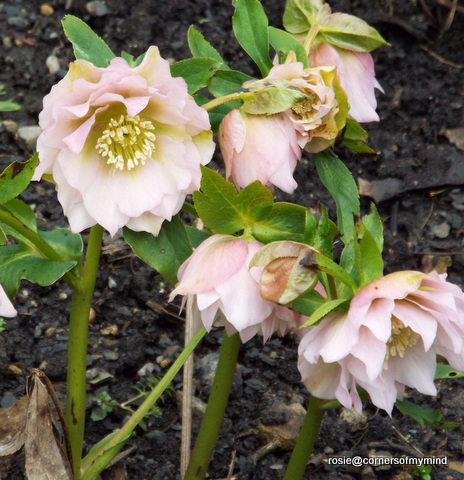 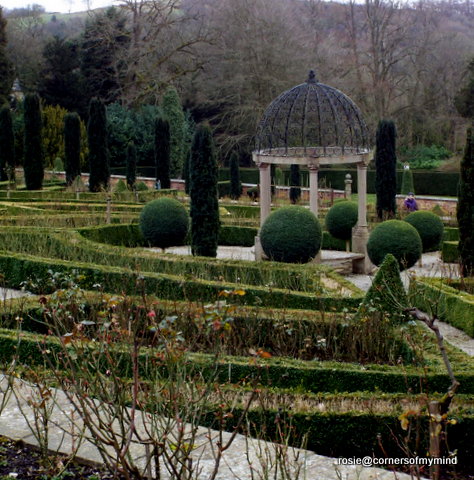 Inside the walled garden which has lovely curved red brick walls between the edge of the garden and the road outside. 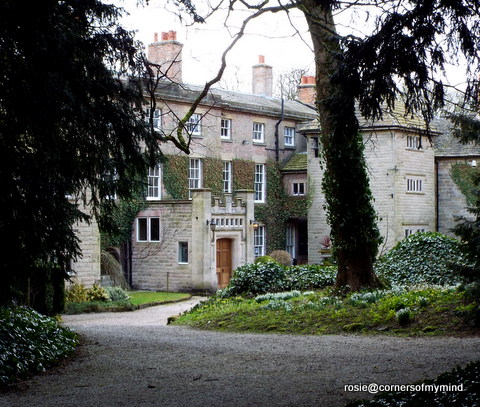 A view of the Hall parts of which date back to c. 1414.  For 600 years it was the  seat of the Gell family.  The estate used to have about 3,700 acres to its name.  some of this is now where Carsington Water reservoir lies.  Over the years the hall is said to have housed Mary Queen of Scots, Oliver Cromwell and Queen Caroline within its walls.  John Gell was created a baronet in recognition of his efforts on behalf of Oliver Cromwell. Sir William Gell, who was a classical archaeologist, was also Chamberlain to Caroline, queen consort of George II. 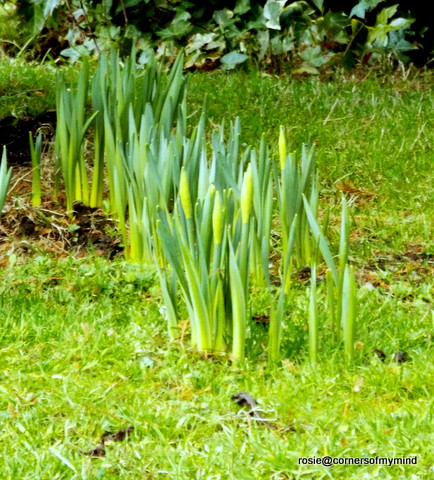 Daffodils down by the lakes.  It won't be long before they are in bloom. 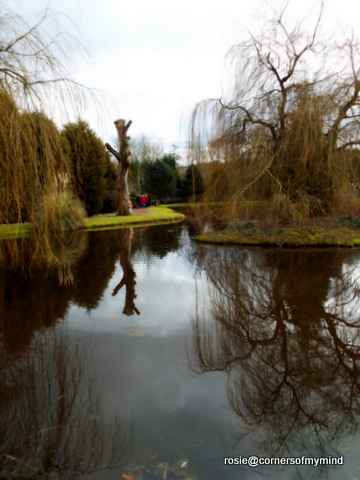 There were lovely reflections on the larger of the lakes but it was quite cold in the sunshine. 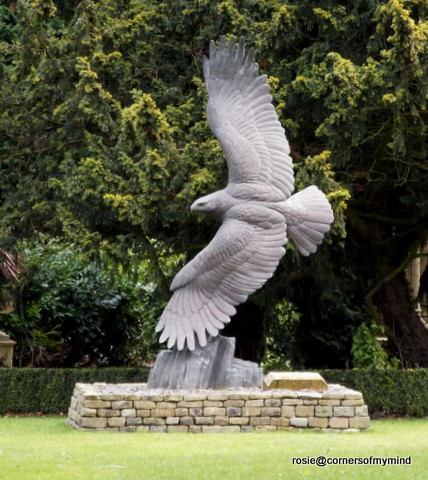 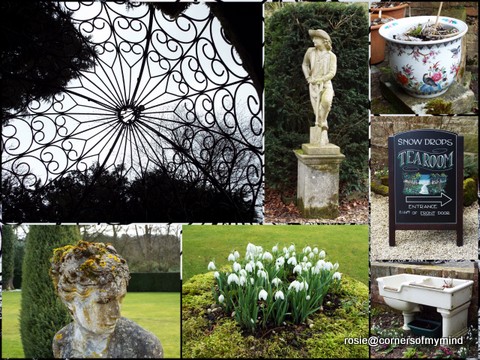 Above are more views of the garden which opens again for the roses in July and August.
Posted by Rosie at 7:23 pm