It seems such a long time since I wrote a Monday Miscellany post so I thought I'd write one this week with just a few things that have made me smile over the last couple of weeks. 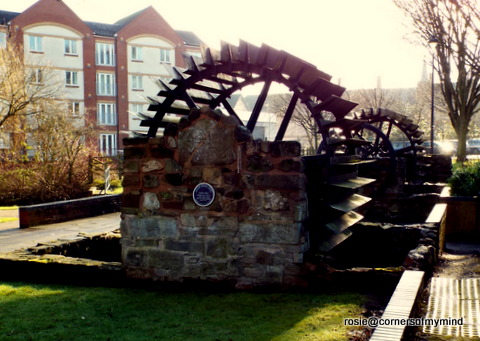 By the River Sow in the county town of Stafford and just outside the entrance to Victoria Park stand what remains of the now demolished Town Mill.  The wheels have been preserved in their original location. The mill was built in 1834 by George Brewster on the site of the original medieval mill.  The early 19th century mill was demolished in 1957 and the mill pond is now part of the nearby park. The park is undergoing restoration and enhancement at the moment with the help of the Heritage Lottery Fund.  We are going to go back in Spring to see more of this garden with its bowling green, flower borders and elegant bridges over the River Sow which runs through the middle of the park. 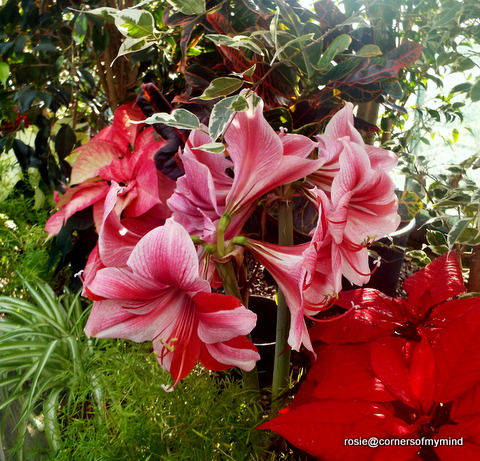 There is a wonderful glass house which was most welcome in the cold weather.  The colour of the lilies above caught my eye. 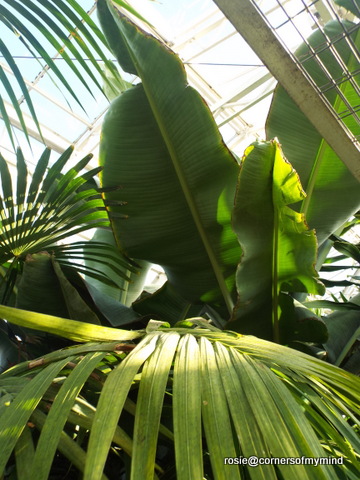 Last week we visited the City of Chester.  Again it was cold and very wet so we drifted towards the Grosvenor Museum.  You can't beat an interesting Museum and Art Gallery in wet weather. 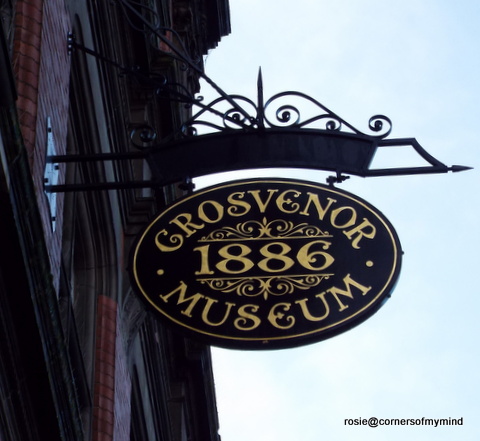 The Museum was built in 1886 to house the collections of the Chester Archaeological Society and also those of the Chester Society of Natural Science Literature and Art.  To the rear of the building is 20 Castle Street which is the Museum's period house.  It shows a sequence of rooms dating from 1680 to 1925.  There is also a refreshment area near the gift shop set out as it might have been during the second world war. 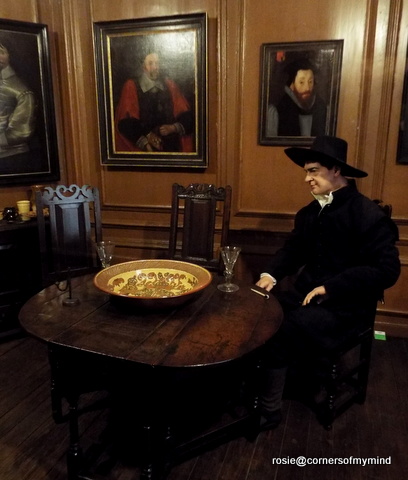 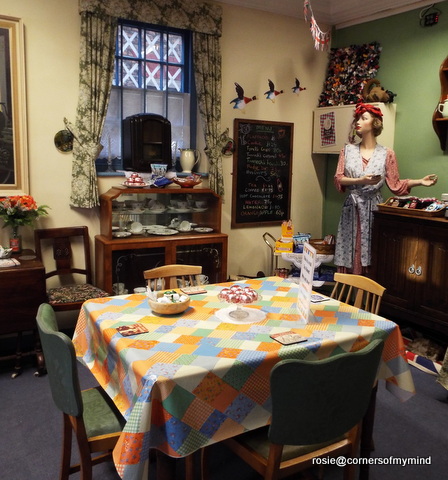 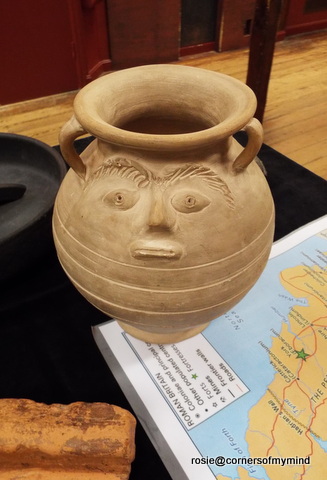 Replica Roman pot in the 'hands on' school section of the Roman Gallery. Of course Chester is famous for its Roman remains.  It was founded during the reign of the Emperor Vespasian in AD79 as a 'castrum' or fort. Its name Deva Victrix came from the Legio XX Valeria Victrix which was based there. 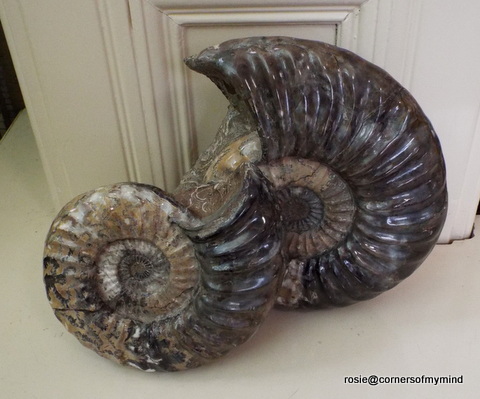 Ammonites in the Natural History Gallery. 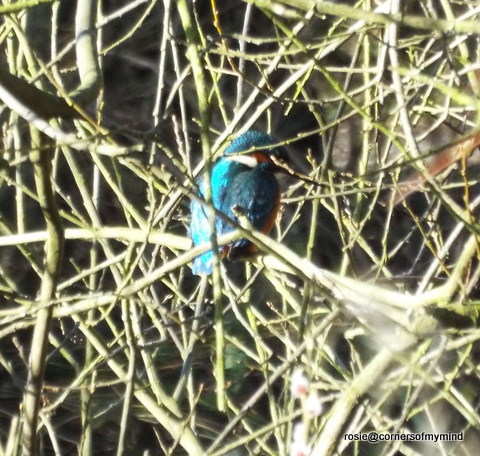 Last week we walked around Westport Lake in very cold but bright weather.  As we glanced towards the small ponds which lie at the back of the paths around the lake we saw a flash of bright blue.  A Kingfisher!   It sat for quite a while with its back to the path overlooking one of the small pools.  Not a great photo but it was lovely to see it and to take a photo of it just as it turned its head sideways.

Over the last few days I've been having difficulties with my blog getting a 'whoops - that's an error' notice when I try to access it. It seems to finally pop up after refreshing the page a couple of times. I've done all the suggested things like getting rid of cookies and clearing history but it is still happening. I assumed at first that it was my lap top but after visiting a 'help' forum it seems I'm not the only one so I'm assuming it is a google blogspot problem.  Is anyone else affected by this?  Apologies if you have had difficulties visiting me here, I hope the problem resolves itself soon.
Posted by Rosie at 9:32 am