It's the end of November so I'm joining in with Hawthorn at I live, I love, I craft, I am me blog for this month's Photo Scavenger Hunt.


November's Word prompts are
Blue, Me, Starts with a 'W', Rainbow, Arch, Toy, Swirl, Brush, Nail, My own Choice 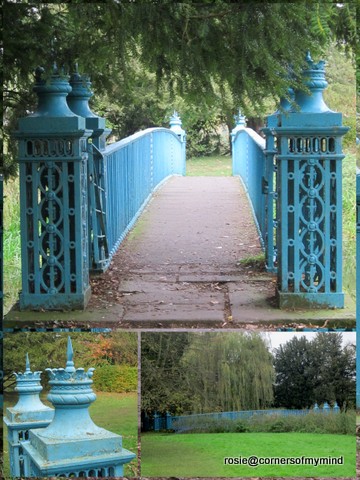 Blue - the blue bridge at Shugborough Hall and Estate, Milton, Stafford which takes you over the river onto the woodland area known as the island Arboretum. 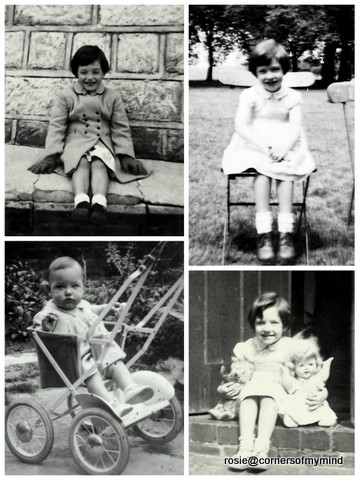 Me - from about one to four years old.  I had great fun getting out the box of old family photos and searching through them.  Top left I look as if I'm wearing gloves too large for my hands and top right I have wrinkly 'Nora Batty' socks and what look like very heavy winter shoes with a summer dress. I vaguely remember having that photo taken in one of the parks in London.  Hence perhaps the walking shoes?  We had gone to visit my Mum's best friend, whom I knew as Auntie Dot, and her family in Edgware and I also remember catching the train into the centre of London and being taken to see a stature of Peter Pan.  I still have the teddy bear I'm holding bottom right. 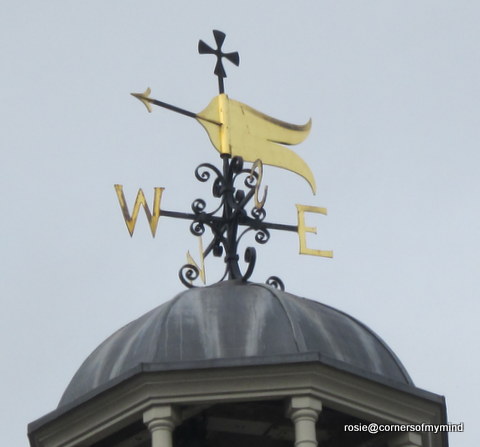 Starts with a 'W'.  I love this weather vane at Shugborough Hall, Staffordshire.  We visited recently and walked from the car park through the grounds and over the the island arboretum.  I spotted the weather vane on the way back. 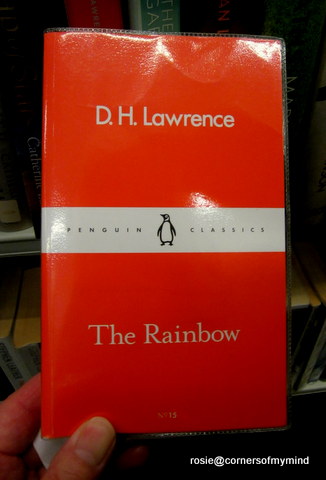 Rainbow - having twice missed the chance to photograph a Rainbow bus in Kimberley, near Eastwood in Nottingham when we were visiting the well known Swedish store there a couple of weeks ago my mind drifted to the writer D H Lawrence as he was born in Eastwood.  I knew he'd written a book called The Rainbow.  Did I have it on the book shelves at home?  No we had Women in Love the book which followed The Rainbow and also Sons and Lovers so a trip to the library was in order to find a copy. 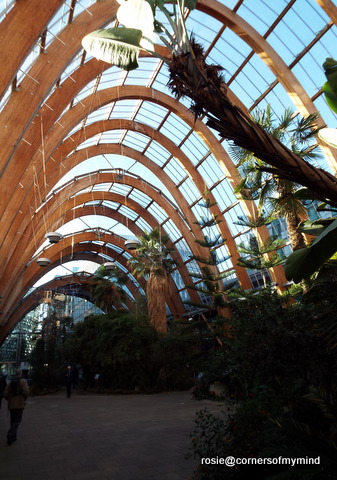 Arch - the arches in the roof of the Winter Gardens, Sheffield.  We visited the city to see the Raviious & Co: A Pattern of Friendship exhibition at the Millennium Gallery. 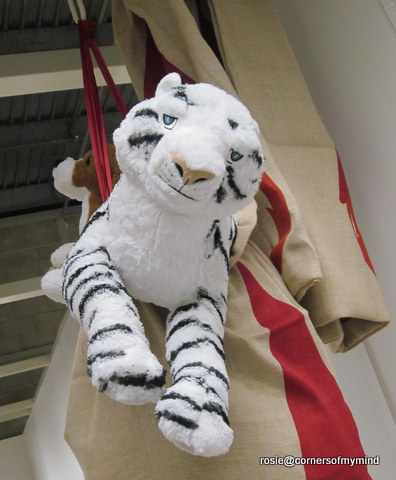 Toy - A soft toy white tiger in the well known Swedish Store.  He was sitting on top of a large Christmas bag.  It brought back memories of when I was a child and presents were placed in a pillow case at the bottom of the bed and one year there was a blue and white panda at the top of the bag, I still have the panda although he's grey and grey now. 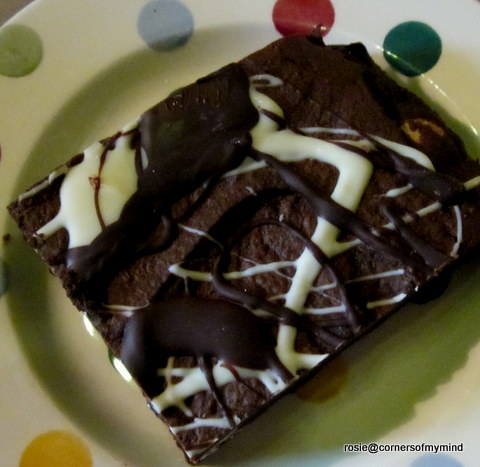 Swirl - swirls of chocolate on top of a brownie at the Emma Bridgewater cafe at the factory and factory shop which isn't very far from where we live.  We can walk there in 40 minutes but more often we drive as the walk takes us down the very busy and noisy main road which leads to the city centre. 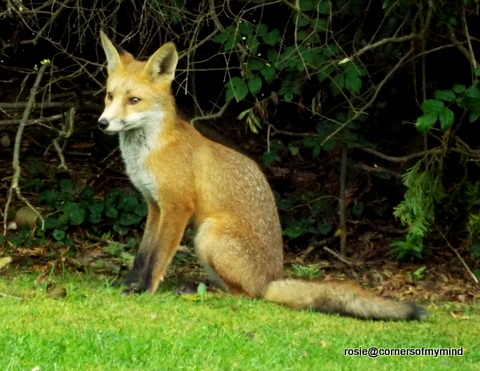 Brush - I suddenly thought of 'Basil Brush' and remembered the photos I had taken of the fox family in the garden during the summer.  This is one of the cubs, they still visit the garden but we rarely see them now the dark evenings are here. 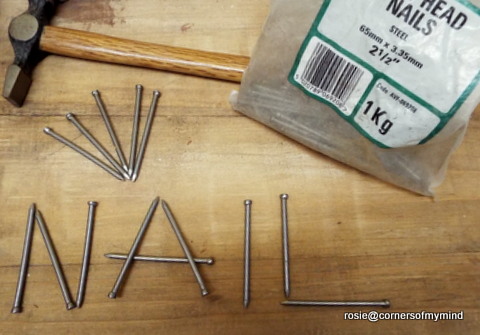 Nail - I asked my husband if we had any nails.  He said yes, there is a bag of nails in the shed with enough nails in it to spell out the word nail.  So that is what I did. 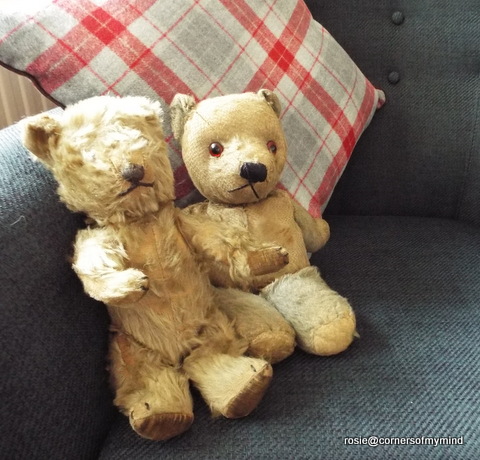 My Own Choice - I realised that I had mentioned in two places that I still had both my teddy bear and panda so I thought I'd better prove it by showing you a photos of both very threadbare creatures each one well over sixty years old now. 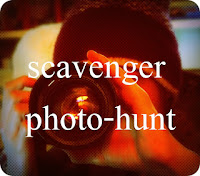