A visit to Sheffield

We set out on Wednesday morning last week having seen that the weather forecast was good and drove through Leek, Buxton, Castleton and Bamford right into the city centre.  The sun was bright in the sky and lit our way through some beautiful countryside.  The drive down Winnat's pass was wonderful, we've travelled that way many times before but I'm always stunned by the beauty of it. 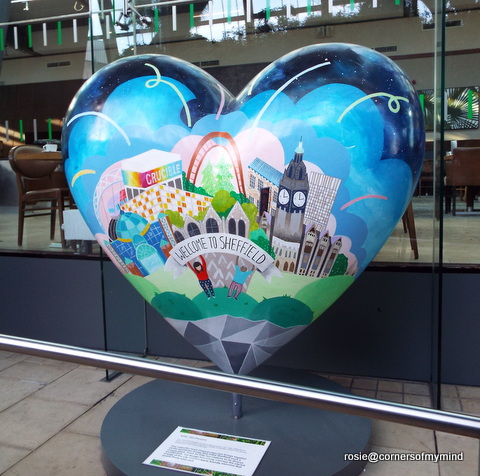 Sheffield was much as I remembered it, once we had got our bearings as it must be about ten years since we last visited.  It was a regular shopping venue when I was a child and teenager growing up in Derbyshire as the bus to the city passed through our village at five to the hour every hour and the bus stop was opposite our house.  It was quite a long journey, over an hour as the service bus visited every village on the route. 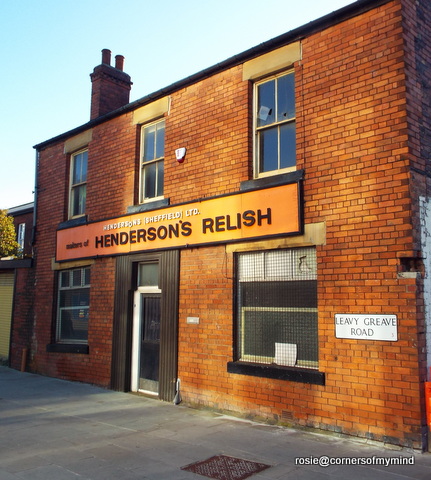 Henderson's Relish or 'Hendos' as it is known locally is one of the icons of the city. There was a whole section of souvenirs dedicated to it in the Millennium Gallery which was where we were headed. We always have a bottle in the cupboard. I've put this photo in for my friend Robert who wrote about 'Hendos' recently in one of his blog posts - link here 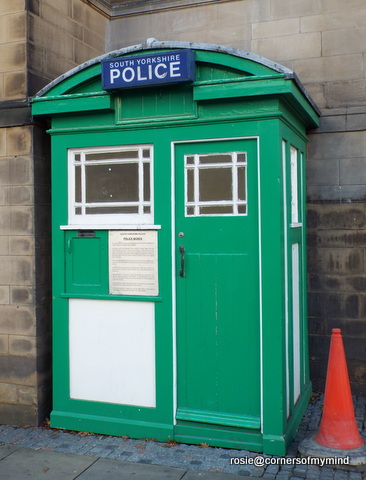 We walked down towards the Cenotaph near the City Hall then round to the Winter Gardens and Millennium Gallery. 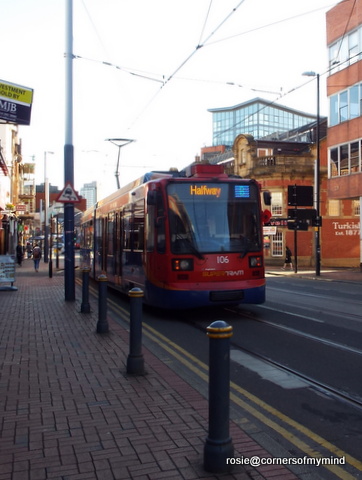 You can see from the photo below what a bright sunny day it was.  Walking was quite hard as my eyes aren't good in low winter sunlight.  I get blinded so easily by it and am always concerned about walking into someone - or a lamp post! 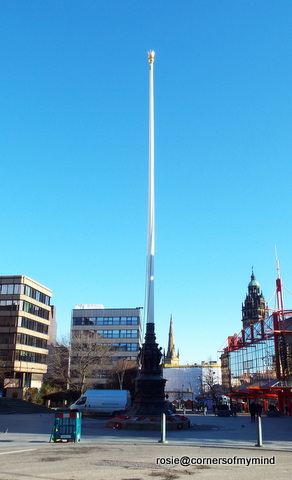 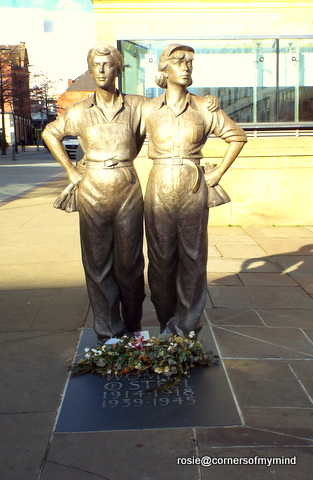 Women of Steel by sculptor Martin Jennings commemorates the women of Sheffield and South Yorkshire who worked in the city's steel and munitions works during both first and second world wars. 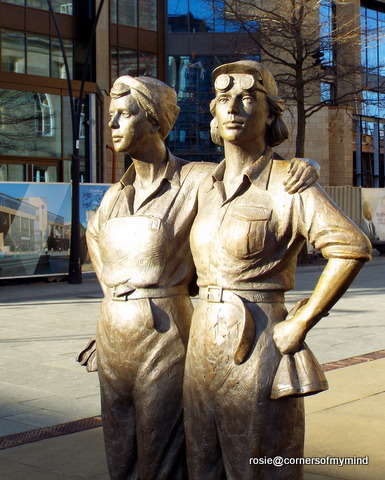 The statue was commissioned by Sheffield City Council and unveiled in June 2016 with over 100 of the women who worked in the factories present at the ceremony.   This bronze statue has just won a prestigious award, the Public Monuments and Sculpture Association Marsh award for excellence in public sculpture for the sculptor Martin Jennings who is also responsible for the sculpture of Sir John Betjeman at Kings Cross Station. 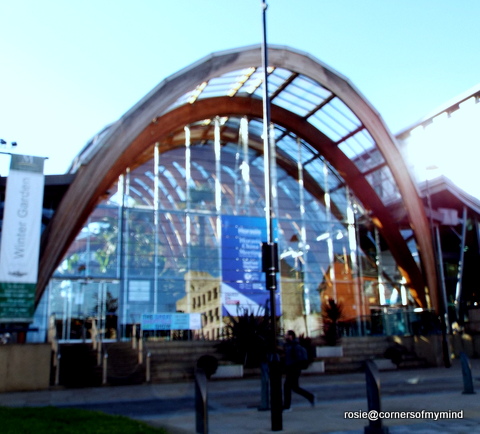 Into the Winter Gardens where we had a little wander around before going down to the cafe in the galleries for a coffee and sit down before we looked around the exhibition I had come to see. 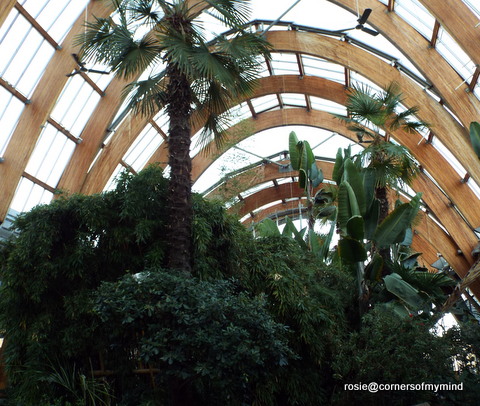 I loved the light in the gardens streaming down from the arched roof. 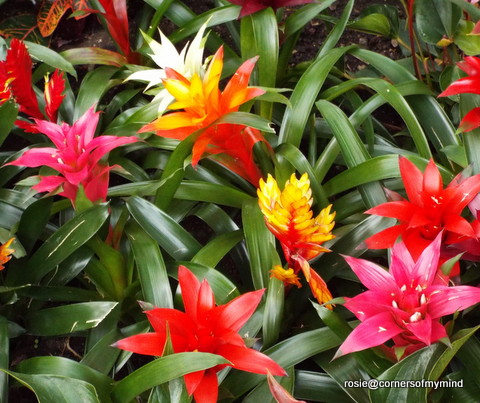 I think the flowers above are Bromeliads, they were very colourful. 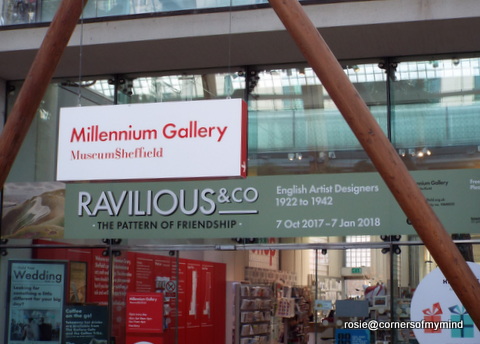 I was quite anxious to get into the exhibition whilst it was still quite quiet.  Cameras were put away as we wanted to concentrate on the things we saw.  I wasn't disappointed. 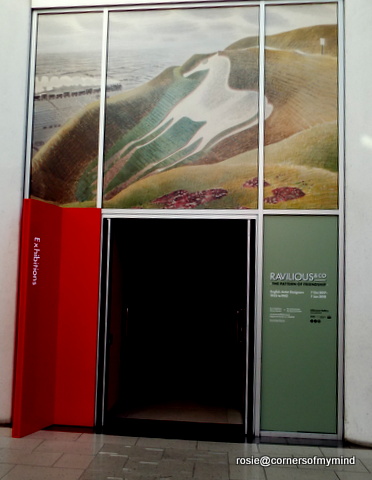 The exhibition, on tour from the Towner Art Gallery in Eastbourne, covers the work of Eric Ravilious and his contemporaries and friends from their first meeting at the Royal College of Art, where tutor Paul Nash commented that in those years there was a 'rare outbreak of talent ' amongst the students, to the time he was reported missing in Iceland in September 1942 where he had travelled as a government war artist for the RAF. The exhibition was collated and curated to commemorate the 75th anniversary of Ravilious's death.

Some of the group of friends eventually became known as the Great Bardfield artists.  Eric Ravilious and his great friend Edward Bawden are featured in this wonderful exhibition. There are also works from Helen Binyon, Barnett Freedman, Enid Marx, Thomas Hennell, Percy Bliss, Diana Low and Tirza Garwood who eventually married Eric Ravilious.  I was particularly struck by her wonderful interior works. The exhibition shows how the work of these artists could be found not just as paintings but in fabrics, wallpapers, book illustrations, woodcuts, book covers and end papers, programmes, newsletters, magazines and in ceramics too.

It is a fabulous exhibition and well worth a visit if you are in the area.

Here are some links to see more