Yesterday morning we went for a long walk around Greenway Bank Country Park. 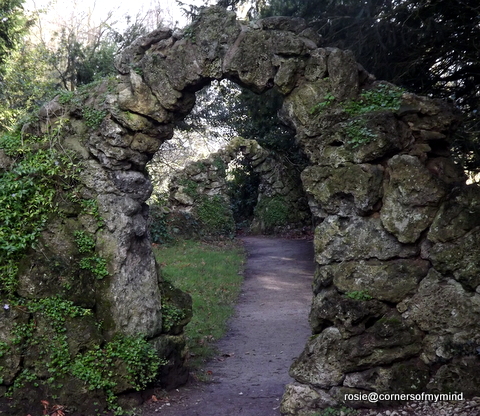 I love the two stone arches left over from the gardens that were part of the estate.  There are several other features around from the formal gardens and an orchard too. 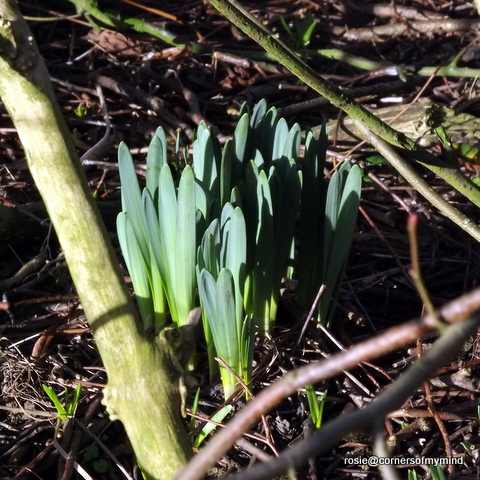 There was lots of new growth to see encouraged by the mild weather, although I have to say it was quite nippy out yesterday and hats and gloves were needed. 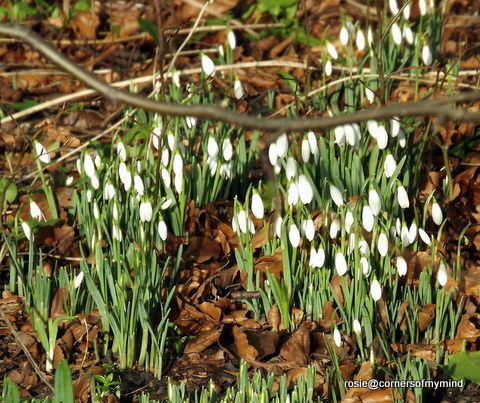 I spotted a clump or two of snowdrops, bobbing their delicate, snow white heads in the breeze 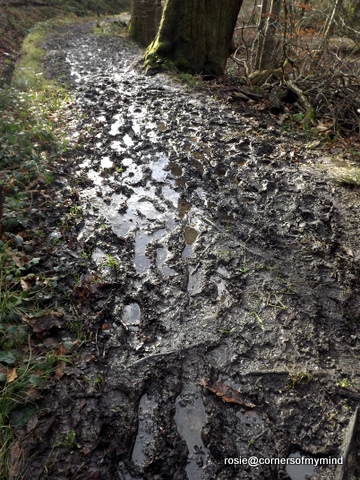 The pathways were in some places very muddy 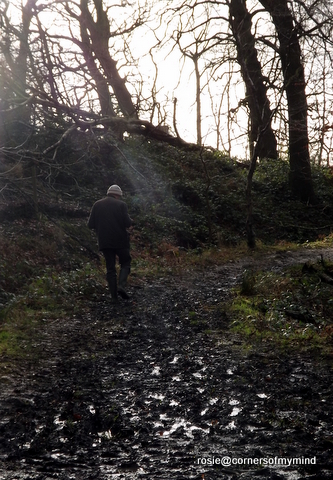 Thank goodness we had our wellies on 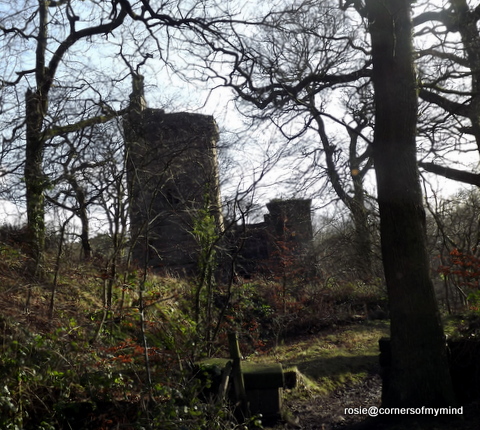 The folly looked rather mysterious through the bare branches of the trees, it is called the folly but it is infact the Warder's Lodge built as a gamekeeper's cottage in the shape of a castle around 1828.  More info here 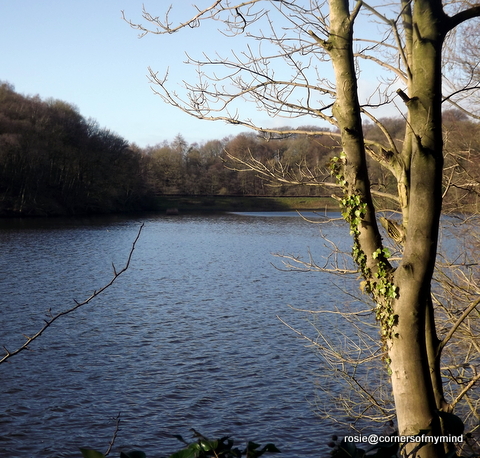 Knypersley reservoir looked calm in the low winter sunshine, which did come out for a while whilst we were walking around. 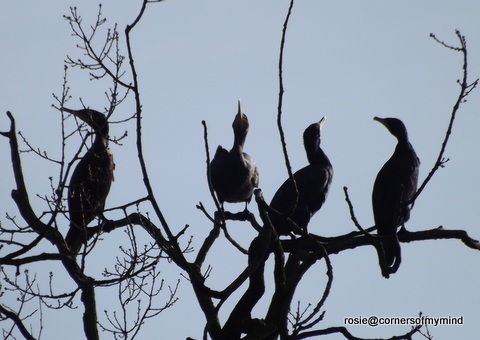 We could hear the sound of the cormorants before we spotted them, sunning themselves in the old, dead tree by the side of the reservoir. 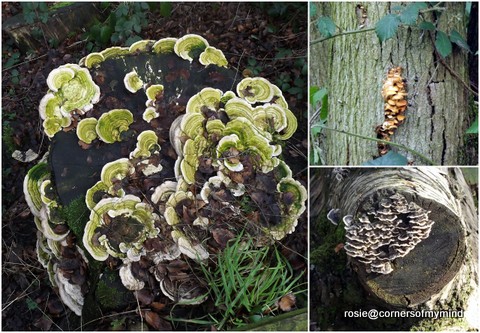 There was lots of unusual fungi along the pathways.
Posted by Rosie at 10:12 am