Firstly thank you so much for your lovely comments on my last post.  I usually reply to them all but I haven't this time so though I'd show my appreciation here.  It's lovely to hear from every one of you.

It's been a busy week!  On Monday we went to see the film Mr Turner which I enjoyed very much.  It was quite a long film but the scenes and settings and acting were wonderful.  Tuesday I had my hearing test and I have to go back again next week as the tinitus I have is a lot worse and I have lost quite a bit of hearing in my left ear.  We also went to one of the Open Hanger Days at RAF Cosford - see Paul's blog for photos of that. 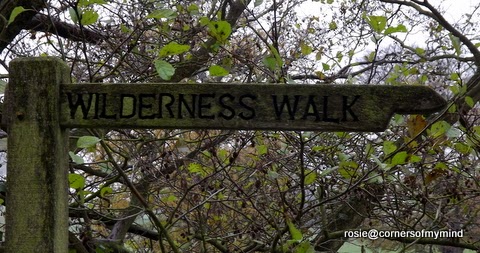 Yesterday we decided to follow the path of the Wilderness Walk at Kedleston Hall in Derbyshire.  We'd looked at the route on line but when we arrived we were given another map as the woodland part of the route had been closed for maintenance. 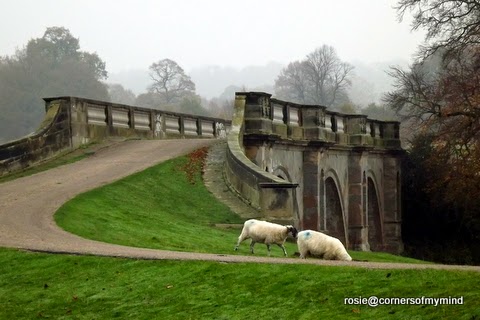 We set off anyway to follow what was left of the route as we hadn't done this walk before although we have done the other walks at Kedleston several times. 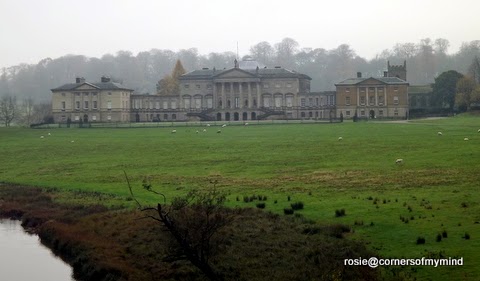 The house and gardens were closed but we did have a quick peek in the shop and intended to go back after our walk to make some purchases but we ended up going back to the car after the walk because our boots were very muddy and then forgot. 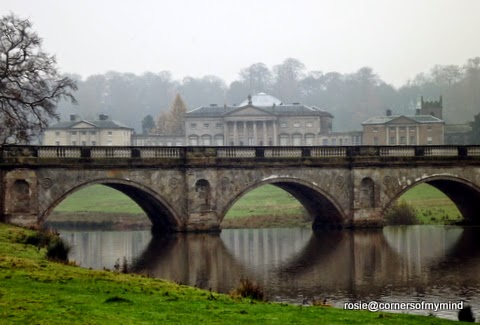 Across the bridge and along the side of the lake until we reached a gate that was the start of the route of the walk.  The air was very misty and damp and there was the constant sound of ducks and  geese from the lake and also the cackle of pheasants from the fields nearby. 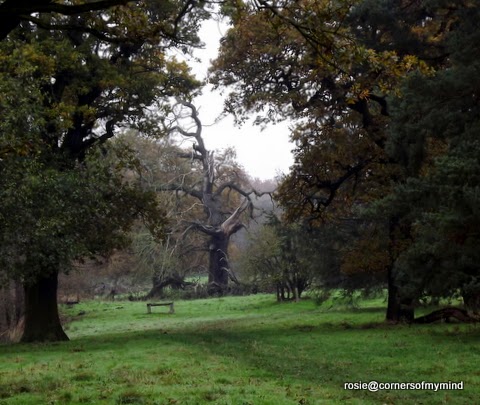 It was a lovely walk and very quiet too.  The car park was a quarter full and most people had gone into the shop and cafe or had taken one of the other routes. 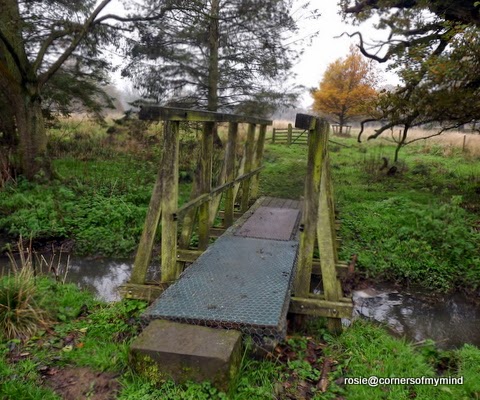 We crossed a couple of bridges along the way. 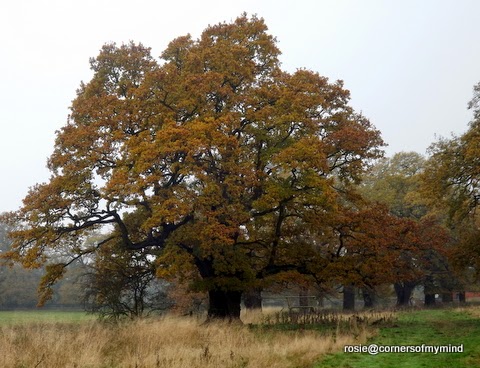 We also passed some stunning ancient oak trees at the side of the river. 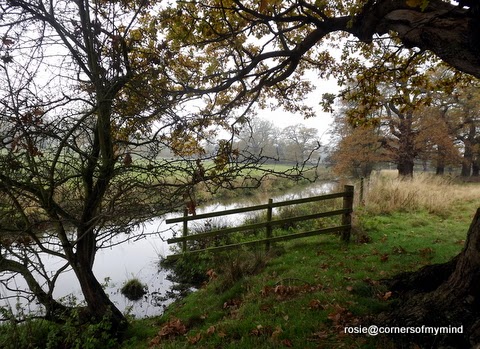 We eventually reached the start of the village where we crossed the river to walk back down the other side. 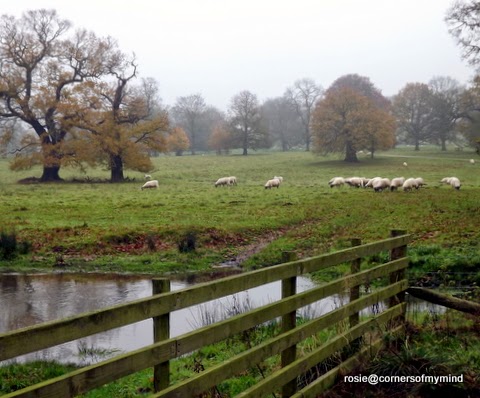 There were lots of sheep grazing in the grounds 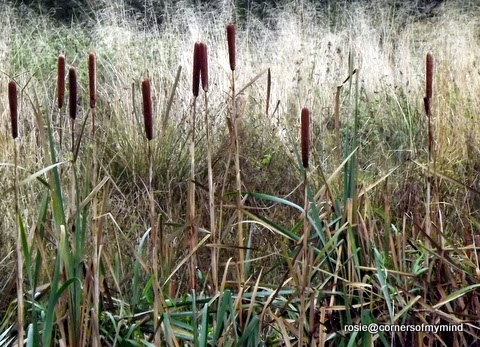 It was by now getting quite damp and a bit chilly 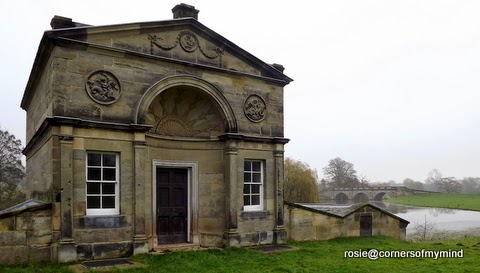 So it was good to see were back at the bridge where the walk started. 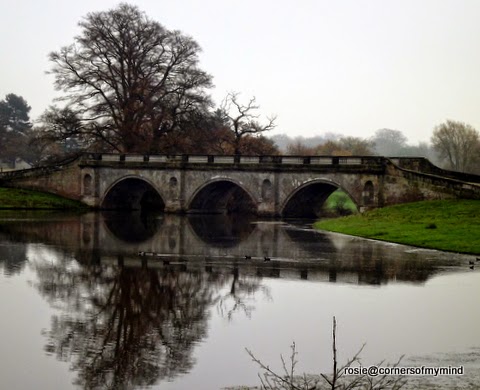 Did I mention that there were a lot of sheep?  Some more curious than others! 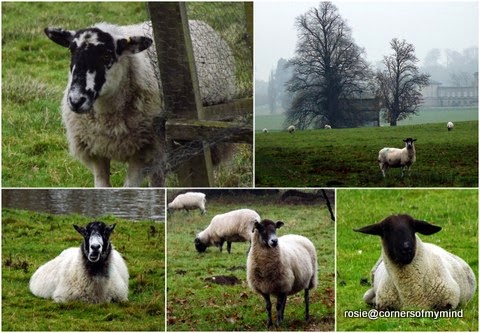