Anyone who has been reading my blog for a long time will know, as I've probably told you many times before in various posts, than one of my favourite books - probably my all time favourite - is J L Carr's A Month in the Country. 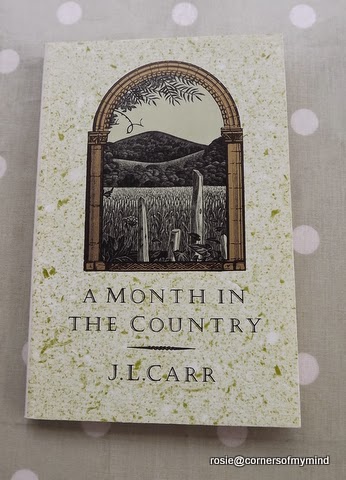 I've also probably told you that the film version is one of my favourite films. 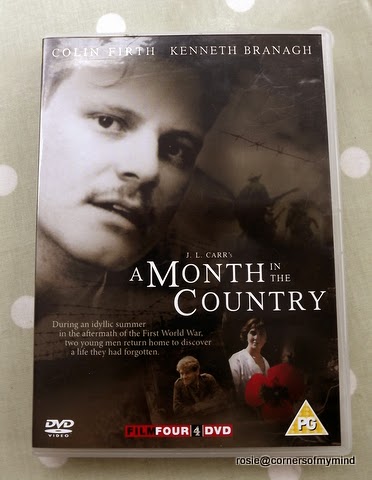 I can also now say that the stage version I saw recently is one of my favourite interpretations of this wonderful novel.  Adapted for the stage by Nobby Dimon the director of a splendid theatre company I hadn't come across before called The North Country Theatre it perfectly captures the very essence of the book. 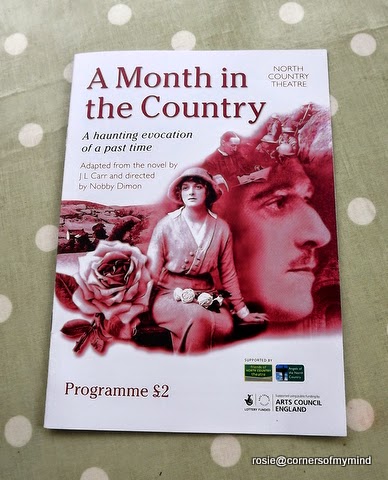 We went to the performance with some dear friends one of whom is also an avid fan of of this unforgetable story.  Tom Birkin recovering slowly from the traumas of the WWI trenches arrives in the Yorkshire village of Oxgodby to uncover and restore a medieval wall painting in the church. Outside in the fields beyond the churchyard archaeologist Charles Moon, equally traumatised by his wartime experiences is working on an excavation to find the body of the disgraced ancestor of a church benefactor Miss Adelaide Hebron.  The story weaves around these two characters and those of the villagers. The solitary Rev Keach and his beautiful wife, Alice and Station Master Ellerbeck's family including his delightful daughter Kathy who are most definitely 'chapel not church'!  How to create the poignant atmosphere of this month of summer, this month of searching, dreaming, yearning,  recovering, of revelation and burgeoning love?

A small company of five actors with a small revolving stage of moveable props managed to do this in the most amazing and wonderful way.  They captured the characters of the main protagonists so well some of them doubling up and playing two parts.  The whole thing was so well performed, well timed and well constructed that it was a work of art in itself.  We had a most wonderful evening in the presence of this company of players who both before and after the show and during the interval will come amongst the audience to chat, to challenge and interact in a way I've never seen before.  Most definitely community theatre at its best.
Posted by Rosie at 12:15 pm