This morning we woke up to one of those damp, misty starts of the day when there is a slight chill in the air but not enough chill to stop me popping out into the garden with my camera to see what I could find. 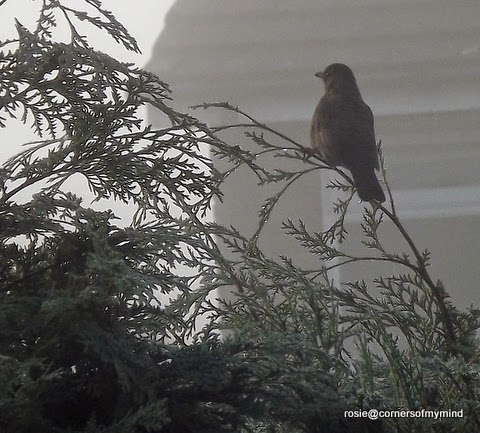 There were two blackbirds on top of the tree until I decided to take a photo by the time I'd got my camera switched on one had fluttered away. 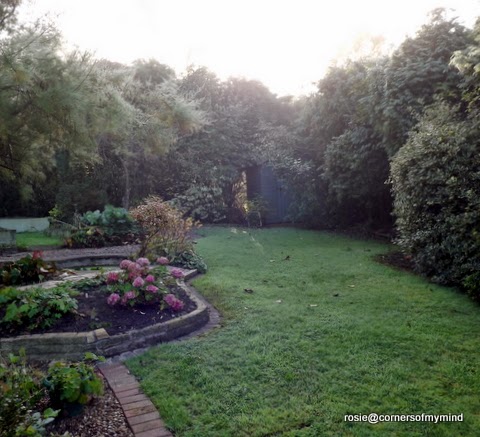 At the top of the garden I could see the sun was just beginning to peep through the trees behind the shed. 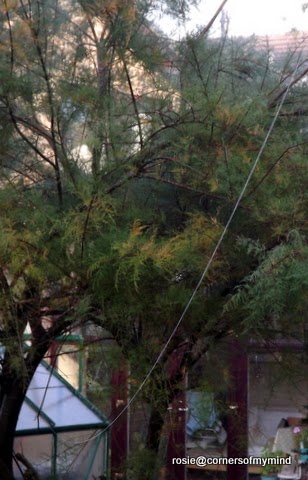 I just spotted the silken thread of the spider's web just in time.  It was strung all the way between the plum tree and the tamarisk tree for all the world like a fairy washing line. 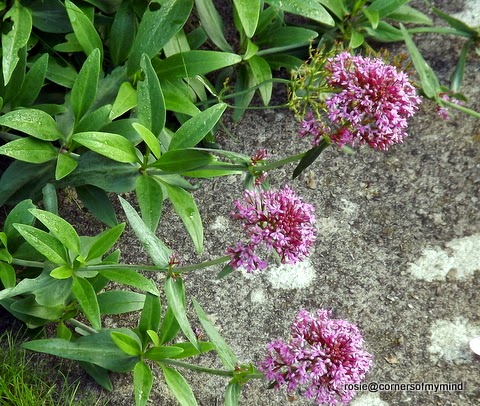 We still have colour in the garden - mostly pinks with the Valerian above bought here and raised from one seedpod taken from a plant at the side of the road in Abersoch on the Llyn Peninsula in Wales.  Paul calls it 'the Welsh weed' but I like it anyway. 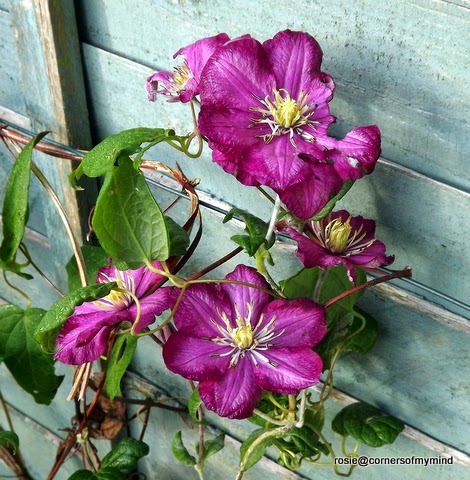 We had to cut this clematis back in the spring as it had grown into such a tangle with itself and a honeysuckle but it is now flourishing again and is making up for its bad start this year by flowering more than it ever has done before. 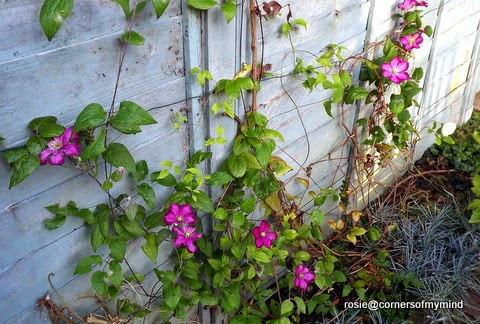 The clematis was bought a few years ago from Hodnet gardens, just over the county border in Shropshire, along with the honeysuckle it had twisted itself around. Unfortunately it looks as if the strangulated honeysuckle isn't going to survive as it looks very bare and woody at the moment and has remained so all summer.  Perhaps it may come back next year?  We'll see. 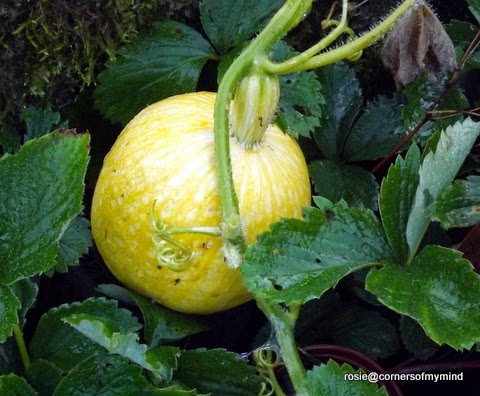 When we bought the pumpkin plant from a nearby garden centre it looked as if it was going to be more orange in colour than this and larger too.  Maybe it is the lack of rain through the summer that has held it back.  We've lodged it onto the top of an upside down plant pot as it was growing out over the strawberries so we'll see how much bigger it gets before the end of the month.  A few years ago we managed to grow pumpkins to carve for Halloween but I think we'll have to buy one this year. 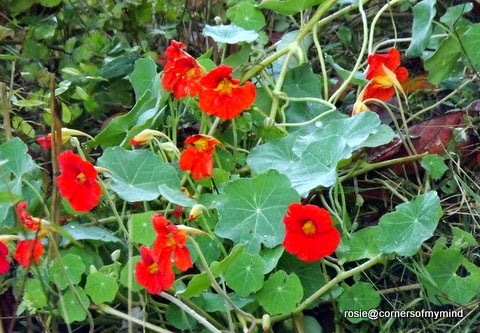 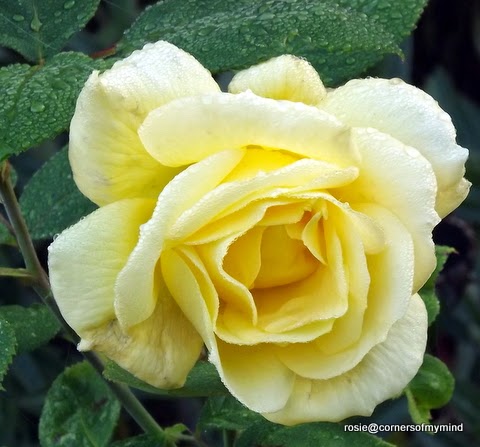 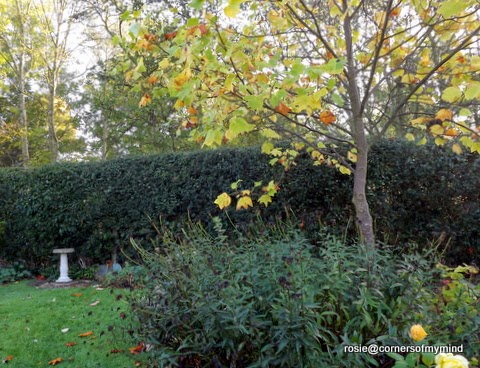 You can see the rose in the bottom right hand corner of the photo above just below the tulip tree which is shedding its yellow and orange leaves all over the garden. 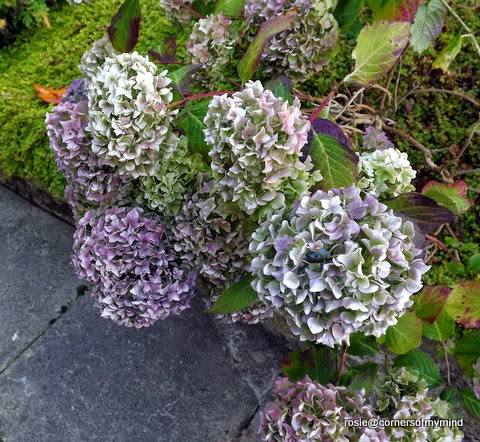 The hydrangeas are fading beautifully this year.  I just love the colours and textures of them.  They've been a joy all summer just outside the conservatory window and they still are. 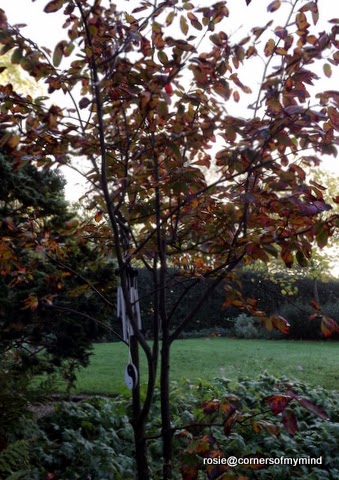 By the time I'd taken the photos and done a spot of ironing the mist had lifted and the sun was sparkling and casting shadows across the garden. 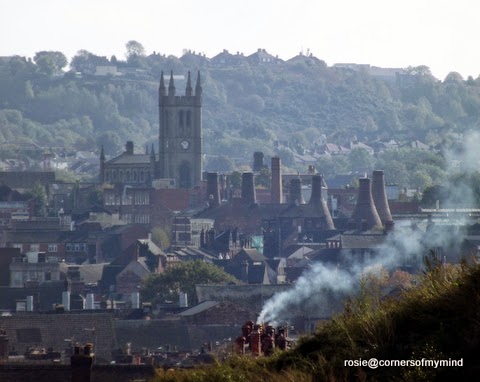 Before lunch we walked down towards Fenton Park looking back in the distance you can see the tower of the church of St James the Less which overlooks to town of Longton.  Beside it the bottle ovens at the Gladstone Pottery Museum.  As an aside the powers that be have decided that the museum should close a couple of days a week to save money.  They decided one of those days should be a Sunday!  Now they wonder why their visitor figures are down by 45%! Here's a  link to an article in local paper. Sunday is surely the one day when whole families can visit the museum or any museum come to that.  Sometimes I despair.  Anyway back to our walk..... 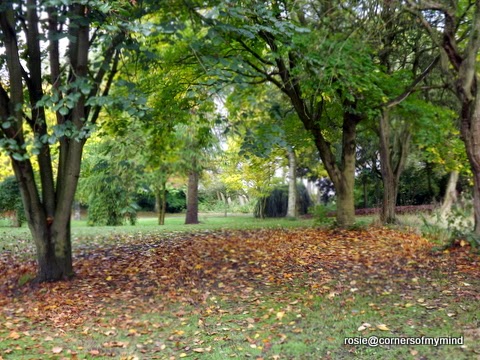 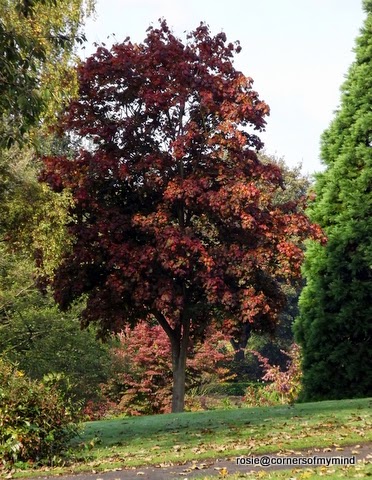 There were a few people out and about walking dogs, sitting on benches chatting together in what was now quite warm sunshine. 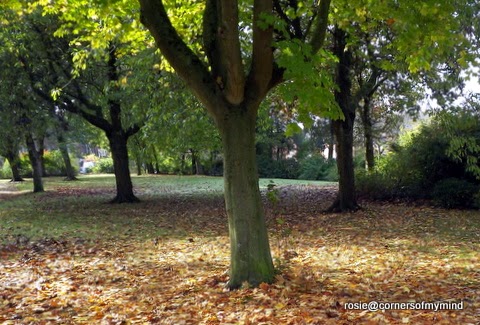 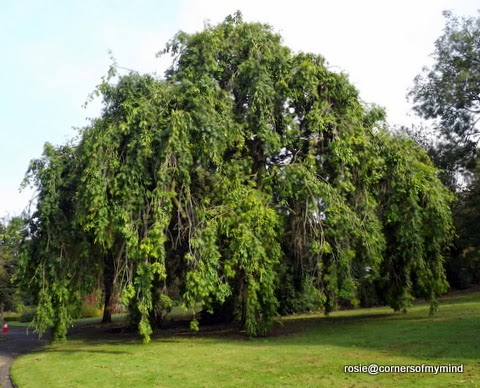 It was time to go home for lunch - cabbage, potato and swede soup - sounds odd but it was quite tasty - with Paul's homemade bread.  The vegetables were left from last week's vegetable box purchase (see my previous post).

Now I've written this I'm going to settle down with a good book.  Enjoy what's left of the weekend.
Posted by Rosie at 4:45 pm