Still here and hopefully getting back to normal after feeling under the weather for the last couple of weeks.  I've also had some sort of allergic reaction to something which caused my eyes and cheeks to swell up and the skin to discolour making it look as if someone had socked me in the eyes.  I don't normally suffer from hay fever and I didn't seem to have the same symptoms as that so I'm not sure what it was all about but as the saying goes  'all things must pass' and eventually it did. Consequently, I haven't felt much like sorting photos or writing posts although I have tried to keep up with commenting on some if not all of your blog posts so huge apologies if I have missed anyone and hopefully I'll be back to normal soon.

It seems ages since we were in Scotland but there are still one or two posts I want to write about our visit - first up our 'stop off' visit in Cumbria on the outward journey. 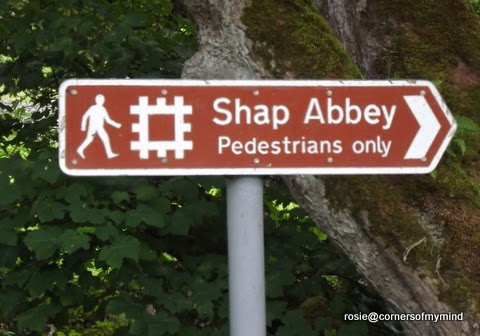 Just a couple of miles from  the motorway we found the ruins of Shap Abbey. 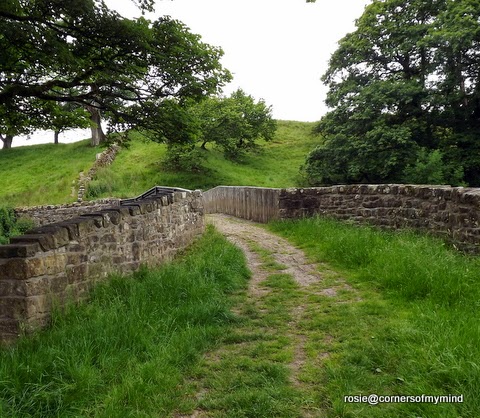 We parked the car and walked over the bridge 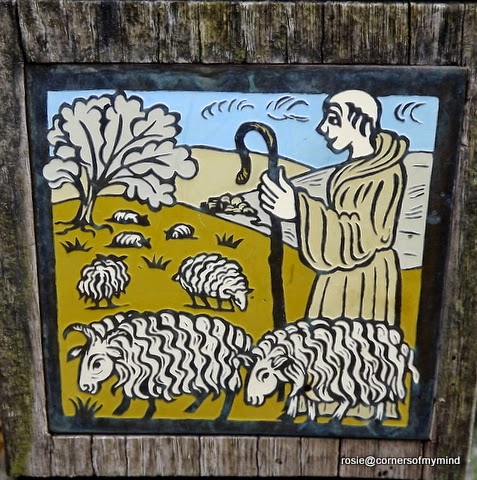 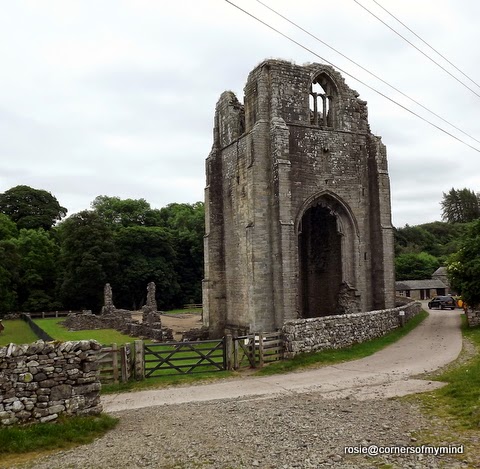 The ruins stand next to a working farm but is administered by English Heritage and free to walk around. 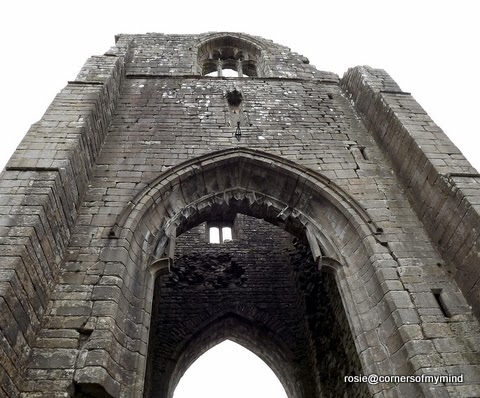 There are still enough foundations left to get a good idea of the layout of the abbey and plenty of interpretation boards to help. 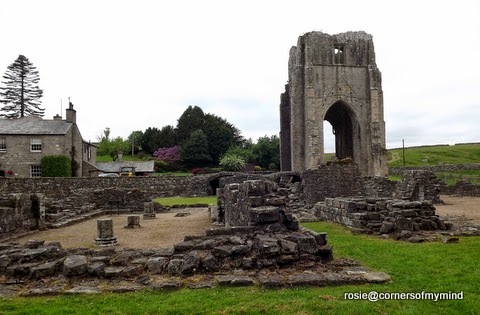 The Abbey was founded c.1200 when monks from a Premonstratension order of white canons, so called because of the white habits they wore, came to Shap. 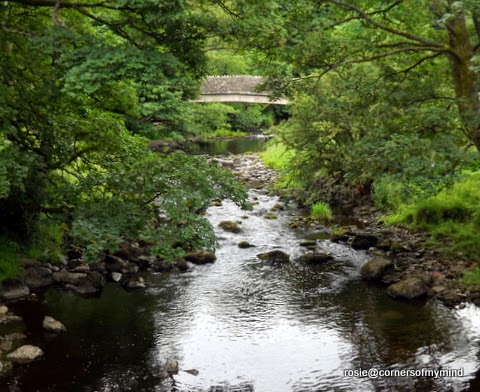 The monks of this order chose remote places in which to build their abbeys and apart from the farmhouse and a couple of other buildings on the way down the valley and over the River Lowther to the ruins the area still retained that feeling of remoteness. 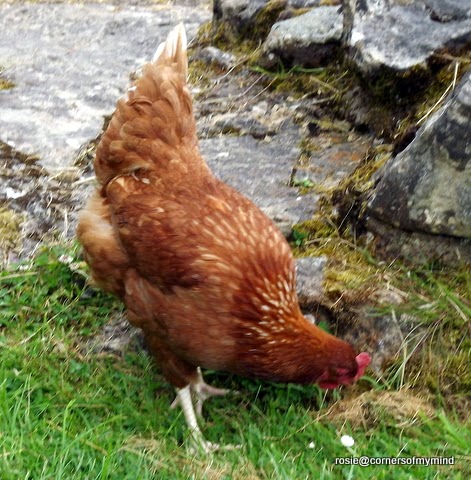 The chickens from the farm had free entry too! 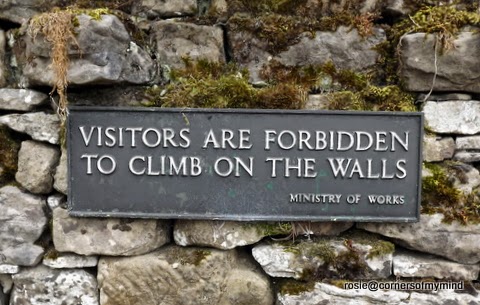 I guess some people do try to climb the walls but some of them looked very fragile and quite dangerous. 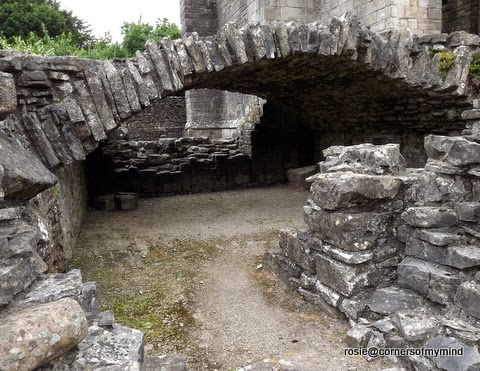 Not far away, across the fields in the pretty little village of Keld is another religious building, the very tiny Keld Chapel. 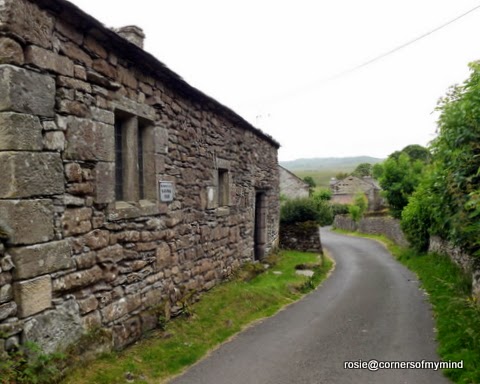 We were searching for this chapel when we found Shap Abbey and there is supposed to be a connection between the two buildings. 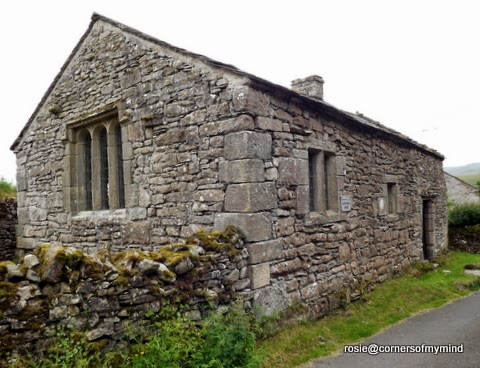 It was one of those lovely places where trust is high on the agenda as they key to the chapel was on a peg next to the door of the people below.  We collected the key....... 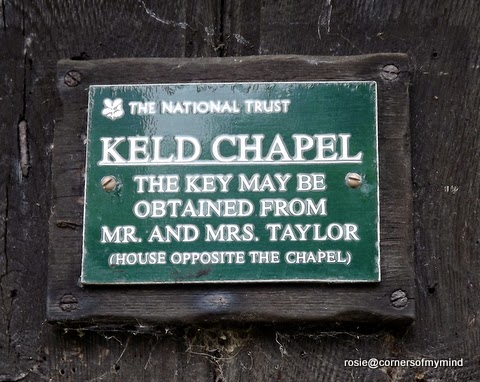 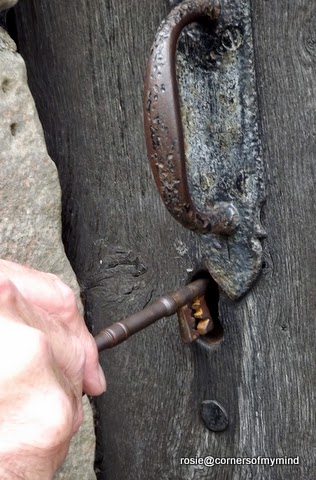 To discover what was inside. 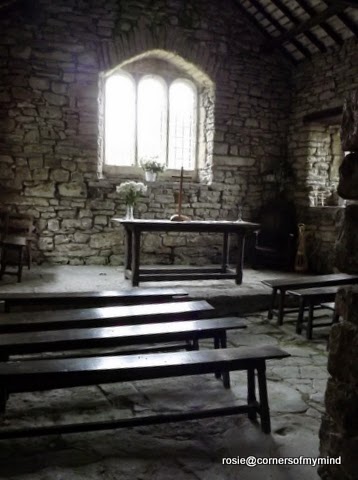 It was a charming little place and we sat for a while savouring the quiet and the cool darkness inside.  The chapel seems to have quite an interesting history and for most of its life hasn't been a chapel at all. 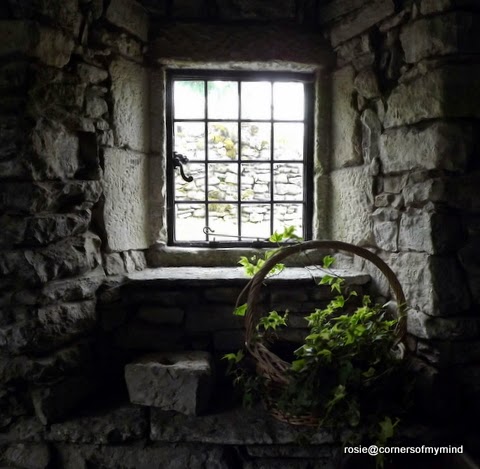 From about 1698 it was used as a home and through the next couple of centuries passed through many hands, escaped demolition at the hands of  Lord Lonsdale as he said it was in the way of his shooting carriages getting out onto the moors and ended up in the hands of the National Trust who still care for the building. 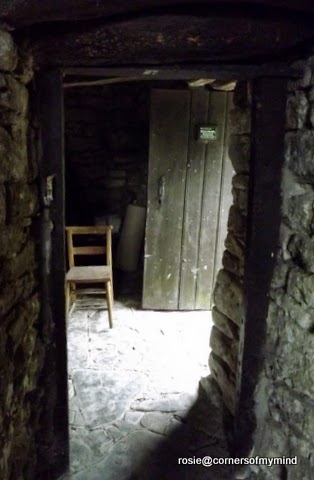 Some local historians think that it was built as a chantry chapel for Shap Abbey other say that it wasn't.  Apparently there are no records surviving to prove either way as there is no mention of it up to the time of the Dissolution of the Monasteries.  It is thought though, that the building was built of stone from the nearby Abbey. 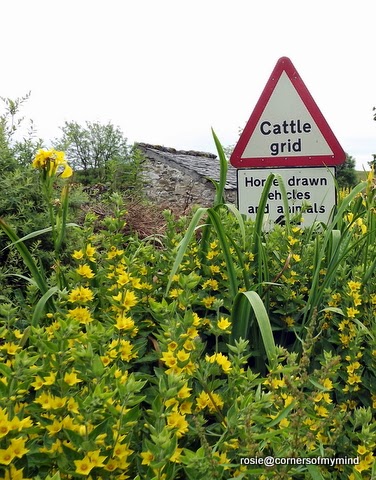 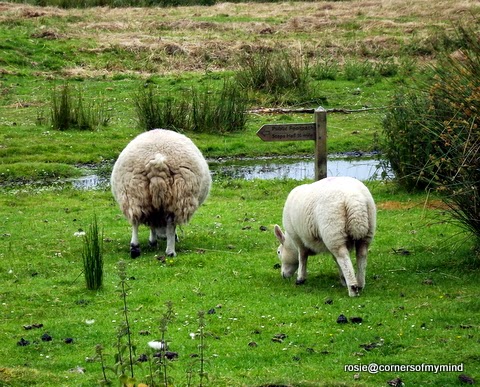 and move on to discover what lies behind this door...... 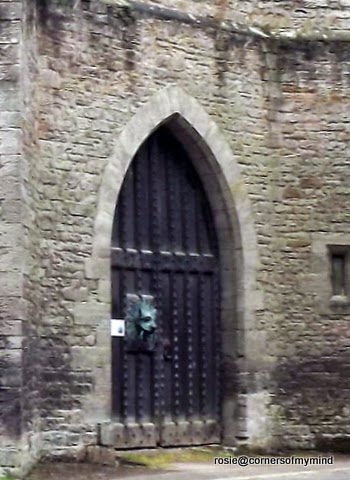