History in the Mist

It was a very misty morning when we stopped to take photos in the village of Ashover in Derbyshire.  We were on our way to Chesterfield and Paul wanted a photo of the church for his one-name study website.  He is trying to take photos of the parish churches in each of the towns and villages where he has found records of his family name. 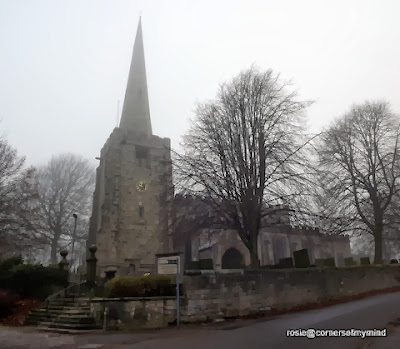 The village is a very attractive one full of lovely old houses in the centre.  The church of All Saints stands at the top of a hill in the centre of the village and there seem to be two distinct areas either side of it. 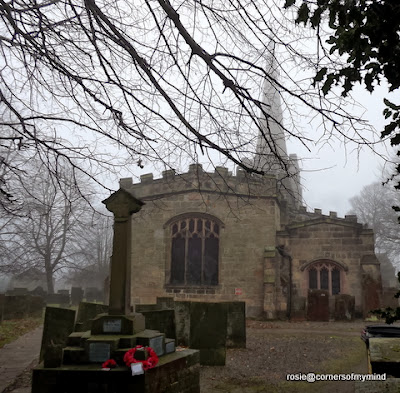 The church has features from the 13th and 14th centuries but most of it was built in the 15th century.  The tower and spire were built by the Babbington family of nearby Dethick.  An early member of this family fought, alongside men from Ashover, at the battle of Agincourt and a later one was executed after being involved in a plot against Elizabeth I 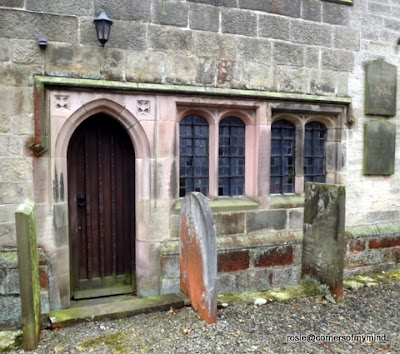 The church building is fascinating and there are also some interesting tombstones like the one below. 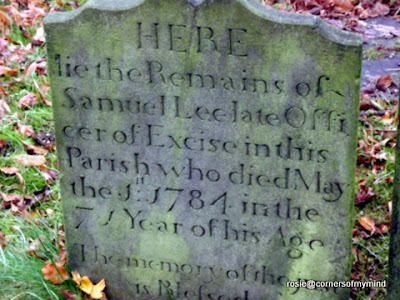 The tomb stone of Samuel Lee who had been Officer of Excise for the village of Ashover who died in 1784 aged 71.  According to records the village was until the mid 18th century a very self-contained community as roads in and out of the village were just pack horse trails.  Industry in the area was varied including lead and coal mines, lime kilns and smelting works.  There were also lace makers, shoe makers, nail makers, basket makers, frame work knitters and a rope works as well as a flour mill. 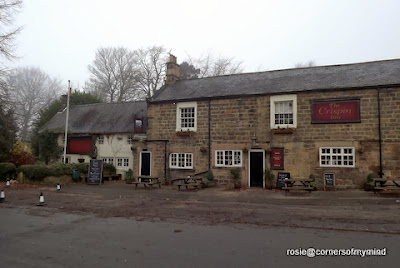 Close by the church is the Crispin Inn, presumably named after St Crispin as the Battle of Agincourt was fought on St Crispin's Day. 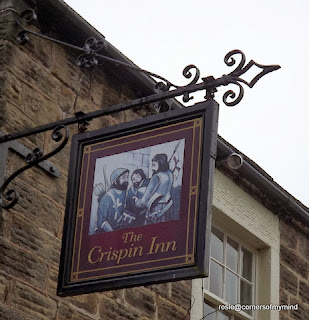 The return of Thomas Babbington and the men of 'Asher' from the battle is commemorated on a large board over the door of the smaller part of the building which was probably once a separate house. 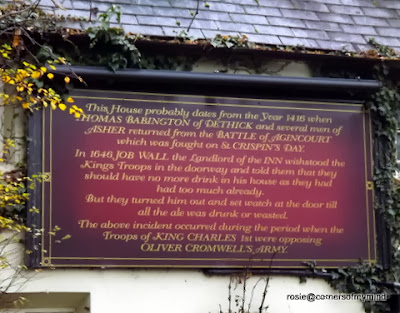 The board also tells the tale of landlord Job Wall who, in 1646 during the civil wars,  tried to hold back the King's troops from the inn but they turfed him out and drank the place dry. 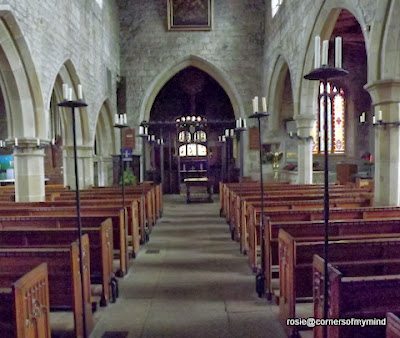 Whilst looking up details of the church I found a reference to a letter written by the then rector Immanuel Bourne.  In it he described how the parliamentarian troops after attacking nearby Wingfield Manor entered the village and marched to the church.  The Rector apparently followed the troops at a distance and found Scout-Master Smedley in the pulpit.

The Rector wrote  "but Lord, what stuff and nonsense he did talke, and if he could have murdered the Kyng as easily as he did the Kyng's English, the war would long have been over" 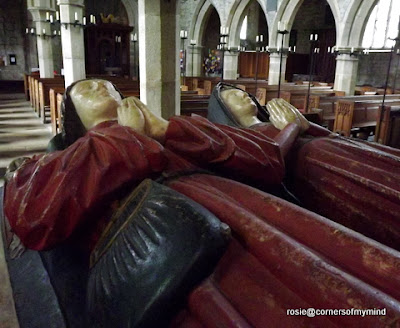 In the church is an alabaster tomb to another Thomas Babbington d. 1518 and his wife Edith d. 1511 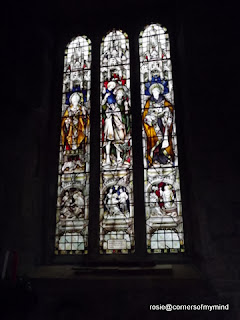 The  church and village  suffered attacks from both sides during the civil war and all the stained glass in the church was destroyed in 1646. 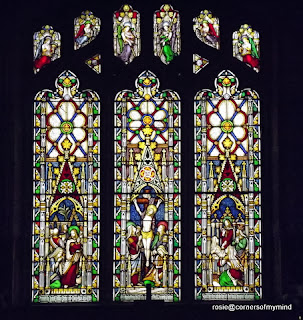 The east window, above, was donated by Rector Joseph Nodder and his wife to give thanks for being saved from burglers who in 1857 broke into the rectory. 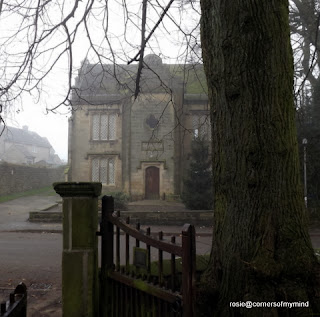 The community centre, opposite the Crispin Inn, is known as the Bassett Rooms and named after two sisters who lived in the village who were part of the Bassett family famous for creating Liquorice Allsorts.  It is said the first mix of liquorice was made in a small cottage in the village.
Posted by Rosie at 2:21 pm