From Westport through Longport to Middleport (and back!)

What to do on a lovely sunny morning when you don't want to travel too far but don't want to stay indoors either was the question on our lips this morning - the answer was a visit to and a walk around the Staffordshire Wildlife Trust's reserve at Westport Lake. 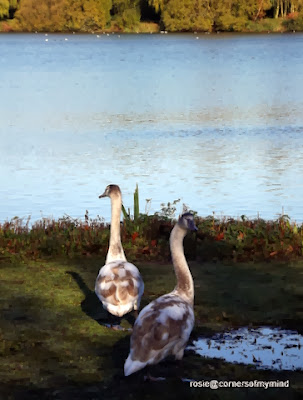 After a stroll around the lake accompanied on occasion by noisy swans, honking geese and loads of plump coots - has anyone noticed that there seems to be lots of coots around this season?  We've seen far more than usual and they are less timid too coming right up, along with the mallards to ask for food. 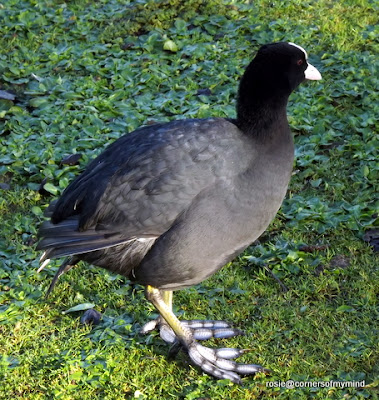 Lots of plump squirrels too, living off the bird food placed around the lakeside for the smaller birds.  The ones in our garden are particularly well fed at the moment! 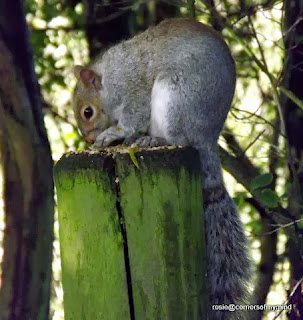 After coffee in the visitor centre and the purchase of some Christmas cards we walked along the canal towpath towards Longport. Familiar sights in this area and throughout the city - bottle ovens (kilns), canals and narrow boats all harking back to the early days of the pottery industry when the kilns were fired each week and the pots distributed on the canal network. 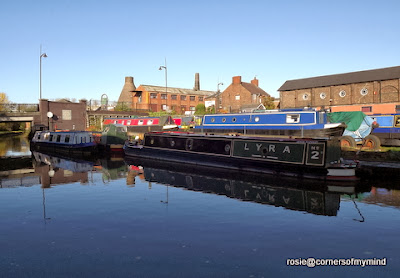 Then we passed the modern Steelite factory where pottery is manufactured mostly for the catering and hotel trade.  I would say that if you look at the bottom of a cup or saucer in a cafe or restaurant (as people from Stoke-on-Trent do) more often than not you will see the names Steelite or Dudson who along with Portmeirion and Bridgewater are the most successful potteries in this area at the moment. 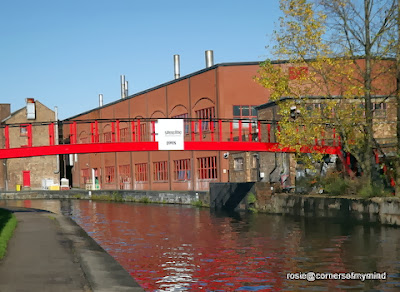 We were headed though for a much older factory just a little further along the canal at Middleport. I've taken you here before but I'm sure you won't mind returning for a short while. 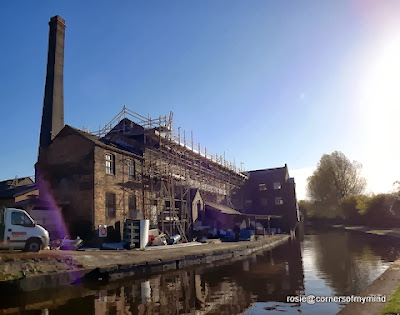 As you can see the sun was low in the sky making the taking of photos quite difficult so I apologise for the sometimes hazy quality of them.  Middleport Pottery is undergoing a huge regeneration programme at the moment and much restoration is taking place both inside and outside of this magnificent Victorian factory. 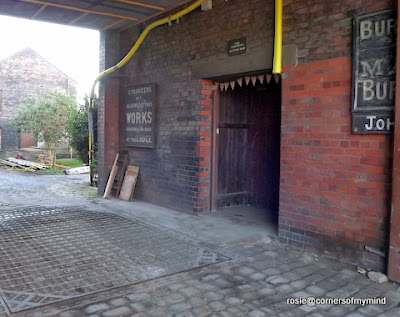 The factory shop is still open and I just love it inside here. 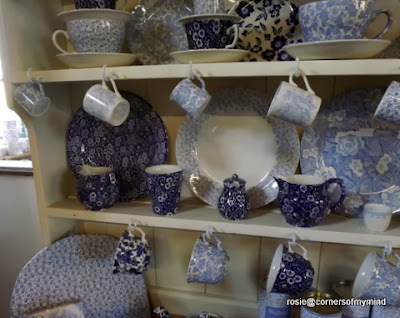 Dressers and tables groaning with the most beautiful wares
and chintz patterns. 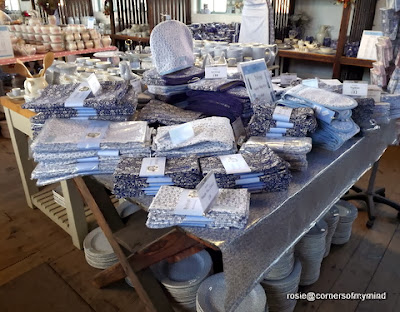 I think the blue Burleigh Pottery is the most famous 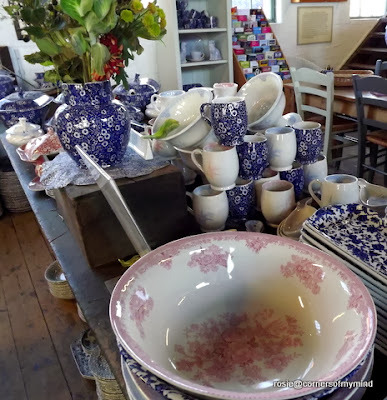 They do it in pink as well but I've always admired the blue.  Below are jugs in the iconic Blue Calico pattern. 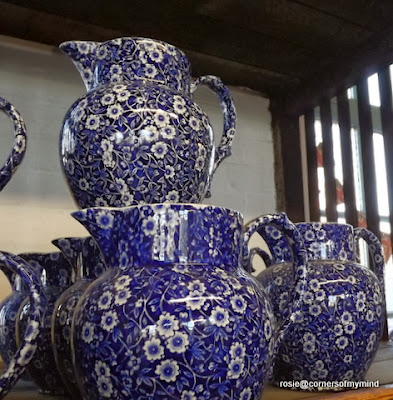 We did make a few small purchases from the bargain baskets (who could resist?) but I won't say what they are as they will probably end up being presents. 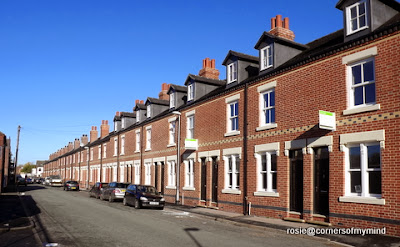 Not only is the factory undergoing a regeneration with the help of The Prince's Regeneration Trust - the row of old factory workers' houses opposite the factory on Port Street also looked as if they had been refurbished and were looking very smart.  A new visitor and education centre is due to open at the factory next year. 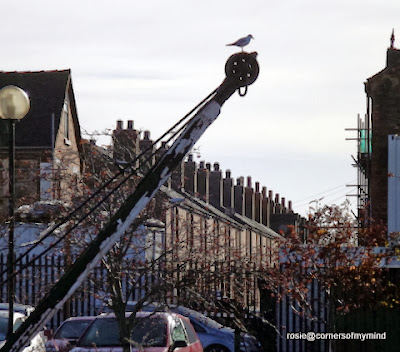 It was time to walk back along the towpath to Westport Lake just under a mile in distance and such a lot to see along the way.
Posted by Rosie at 7:58 pm