I can't believe a week has gone by since my last post.  I had intended to write a post in between the '52 weeks of happy' ones but the photos I took for the blog post I'd planned didn't turn out so well and the features of the building I'd intended to write about were distorted by the bright sunlight and heavy shadows.  I will go back and take photos again in the not too distant future as it isn't very far away.  So, here are four of the things that have made me smile this week............ 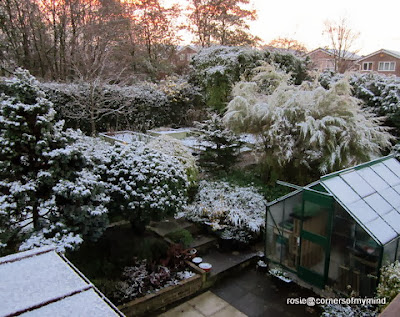 1. Snowfall - we woke up to snow on Tuesday morning.  I don't mind snow if I'm staying in but the happiness I felt about this downfall was really that it didn't last;  by late afternoon it had all gone.  It was one of the first signs of winter though and the temperature has got noticeably cooler over the last few days.  Fortunately that has brought about my second happy! 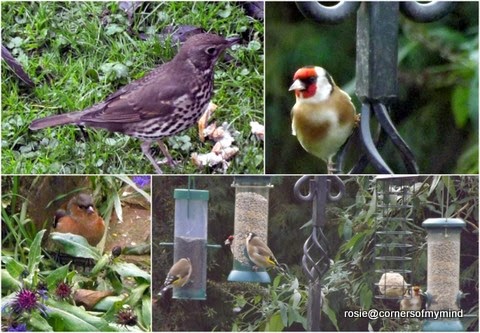 2. Garden Birds - the colder weather has brought them back to the garden to feed.  I counted twelve goldfinch in one visit to the feeders.  The thrush has returned as have the tits and chaffinches.  It's lovely to see them back. 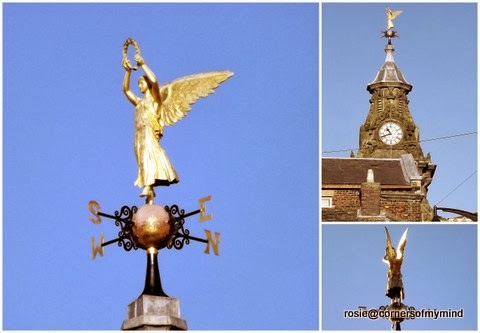 3.  Blue skies and sunshine - the sun glints on the 'Burslem Angel' a weather vane which sits on top of the town hall in the centre of the town. Although always referred to as the Angel it is in fact, Nike, the goddess of victory, placed there when the Town Hall was built in the 1850s to represent Civic Victory. Some people think that this is where Robbie Williams got his inspiration for his song Angels, others say 'not so'.  He did grow up just down the road from the statue though and it would have been a familiar sight. 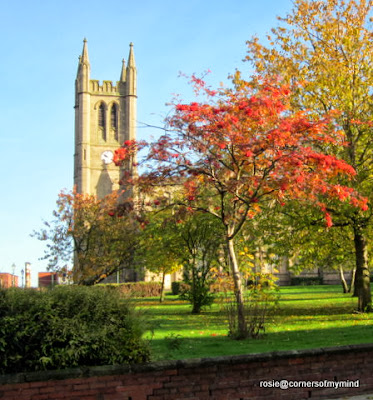 The parish church of St James the Less in Longton looking good in the sunshine when we walked by last week. 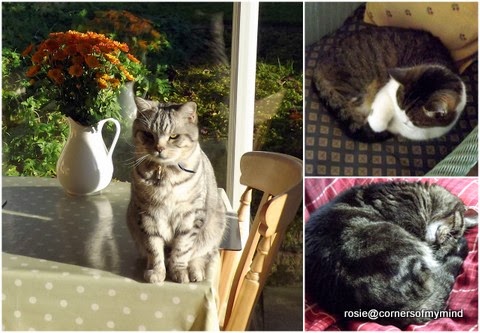 4. Cats - happy, cosy cats.  Two of them ours one of them I think would like to be.  I keep finding Casper on the table in the conservatory.  He makes me smile as he is such a sweet cat but he does have a lovely home to go to so I'm afraid he gets put outside again!

Linking up with  Little Birdie  where  '52 weeks of Happy' started. Each week you find just four things that have made you happy to share.