At the moment the church interior  is undergoing lots of work to update and improve the wiring and lighting so when we visited recently the nave was full of scaffolding with men working high up in the ceiling.   We visit the town of Ashbourne quite often and have many times driven by and walked by the church but had never been inside.  The author George Eliot once declared the spire 'one of the finest in England' and the church yard  is like a small nature reserve in the middle of the town. 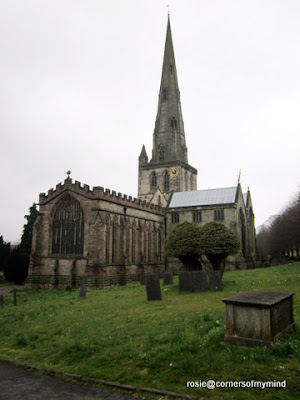 It is quite a large church, almost cathedral like inside and there are lots of interesting historic monuments to see in the Boothby Chapel in the North Transept which was where we headed once we were inside. I'd left my usual camera behind and only had my little camera in my bag but I think that the images aren't too bad considering as the lighting wasn't too great.   Here are some of the monuments mostly to the local families of Cokayne and Bradbourne. 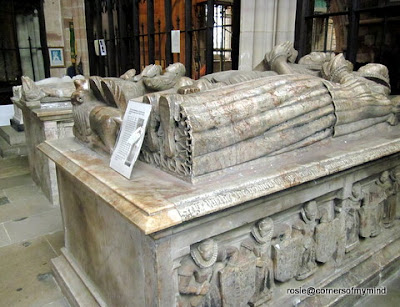 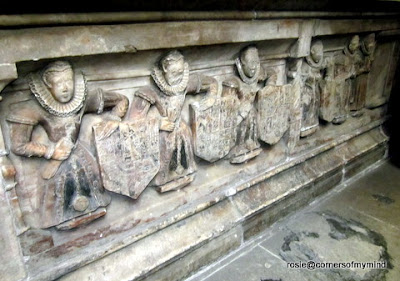 Around the tomb are carvings of the couple's six sons and six daughters - the three seen below in 'chrisoms' represent the three who died in infancy. 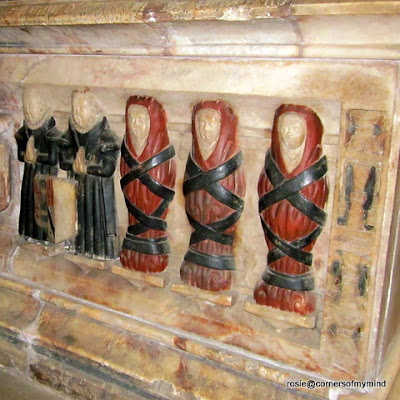 Below is a detail from the foot of the carving 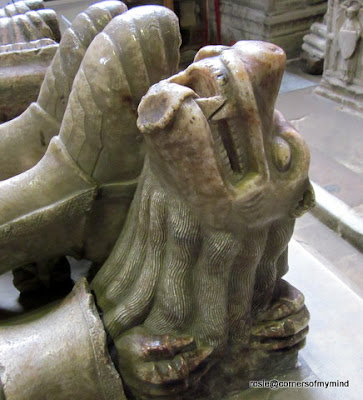 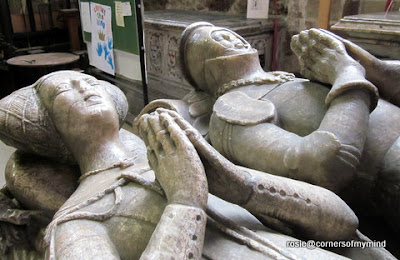 The carving below of is of John Bradbourne and his wife Ann Vernon.  The faces had been defaced but had be reconstructed with what looked like a plastic resin. 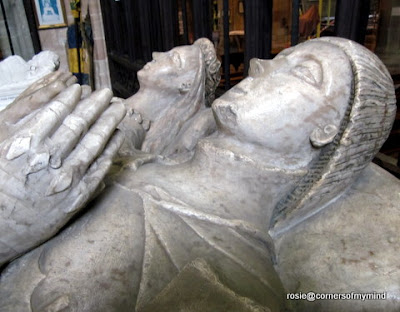 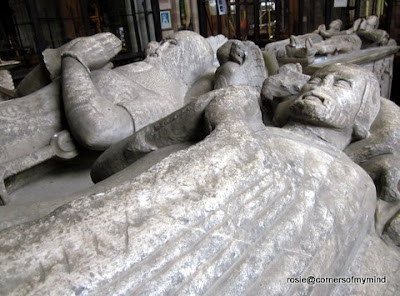 The brass monument  below is to Francis Cokayne, his wife Dorothy and their six children. 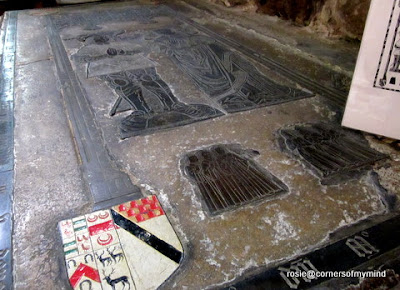 The most poignant of the tomb carvings is a later one to five year old Penelope Boothby.  It was carved by the sculptor Thomas Banks from Carrara marble.  I remember on a trip to Tuscany being taken up into the hills to see the marble quarry at Carrara.  On the day of her funeral it rained heavily so, according to 'Matters of Life and Death' by George Shaw, six little girls carried the coffin and six little boys walked with umbrellas.  Penelope was a much loved child and was painted aged 4 by the artist Sir Joshua Reynolds. 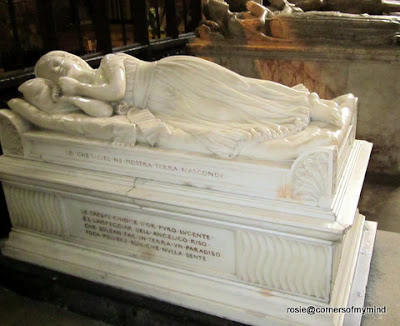 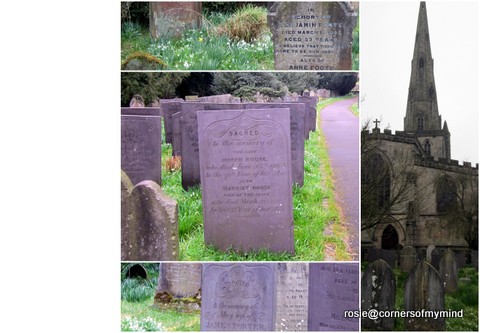