A Few Weeks Ago

A few weeks ago, before the young man in a woolly hat driving a white estate car on the A38 near Ripley deciding he wanted the exact bit of road we were travelling on caused us to brake hard to avoid him hitting us, which action made us spin round in the road facing the oncoming traffic and skid backwards into the kerbside barrier which left our sturdy, reliable 'little car' so damaged it will probably cost more than it is worth to mend it!   We were going to change it next year as it is ten years old but we didn't want to do it quite yet.  In case you were wondering no, he didn't stop!  He was completely oblivious to what he had done.  A kind man did risk life and limb to stop and make sure we weren't hurt.  We weren't thank goodness, just shaken up a bit.  Anyway, before all this we visited Tideswell and walked a little way along the Monsal Trail near Miller's Dale. 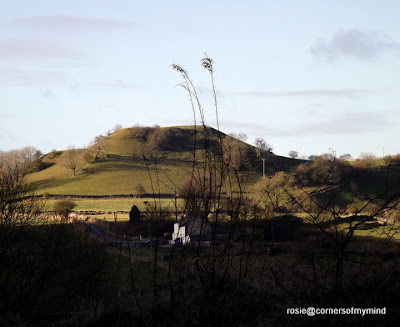 The weather was mild for December and for once it wasn't raining.  We walked for about an hour or so and then drove down into Tideswell.  The church of St John the Baptist, also known as 'The Cathedral of the Peak,'  looked majestic in the sunlight. 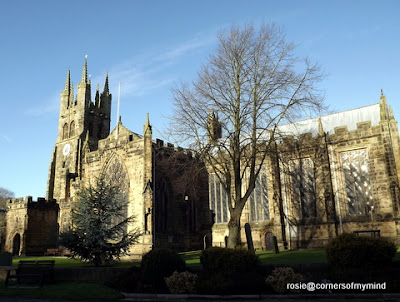 The contrast of the dark spires of the church and branches of the trees against the blue sky was stunning. 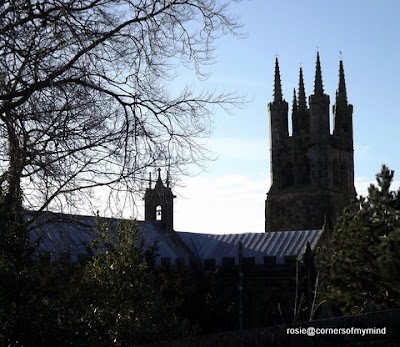 We didn't go inside the church this time but just wandered around the village which was very busy with both locals and visitors. 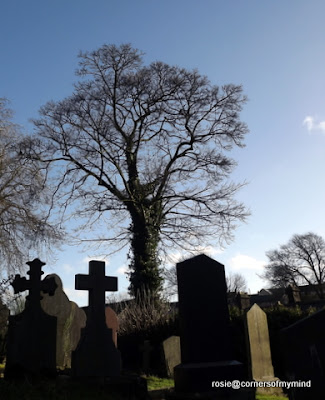 I was attracted by the sunlight streaming through the windows of the nave. 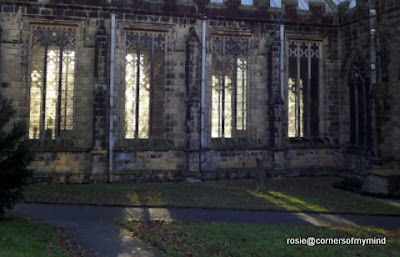 There were crows calling and flitting amongst the branches of the trees. 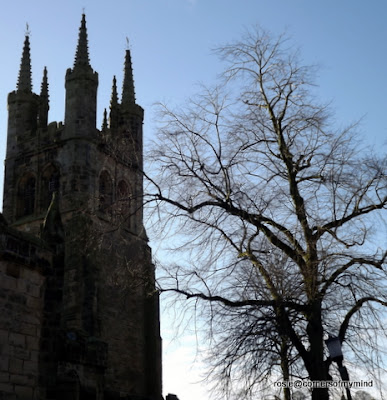 Tideswell is an interesting village which we have visited quite a few times over the years whilst doing Paul's family history.  In this village's parish records we have found the earliest references to his family name. 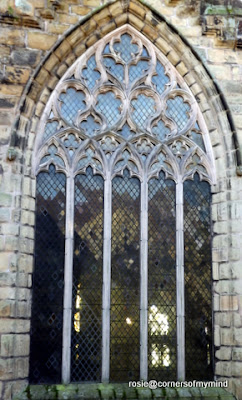 Inside the church is the bronze memorial to Bishop Robert Pursglove  1504 - 79 and there are also references in the streets around the church. 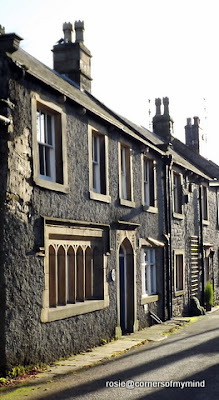 Above is Pursglove Lodge which can be found on Pursglove Road.  There is also a Bishop Pursglove School just down the road at the back of the church. 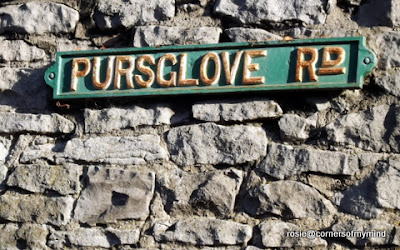 As we were wandering around taking photos a group of people on an historical treasure hunt were also buzzing around looking for clues, all wearing red santa hats and having great fun, their shrieks of laughter and animated chatter accompanying the cawing of the crows. 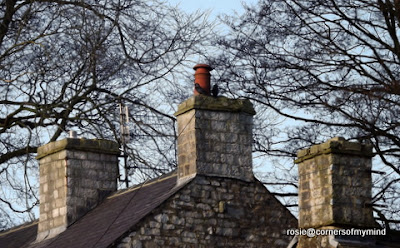 The afternoon was drawing in, the sun was disappearing and it was getting cool. 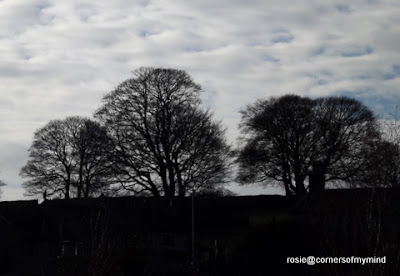