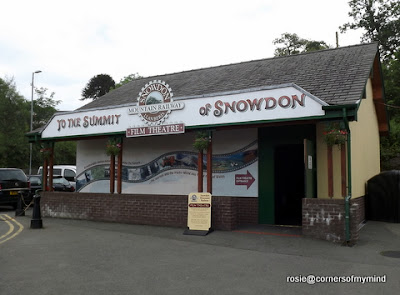 To the top of Snowdon! 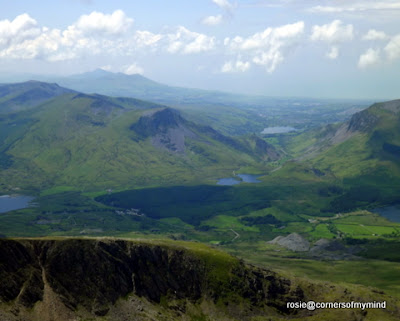 There should have been three of us on the trip but only two of us made it to the top.  It has long been a wish of my sister's to go to the top of Snowdon and this year we had hoped to finally make her wish come true but this little lady intervened. 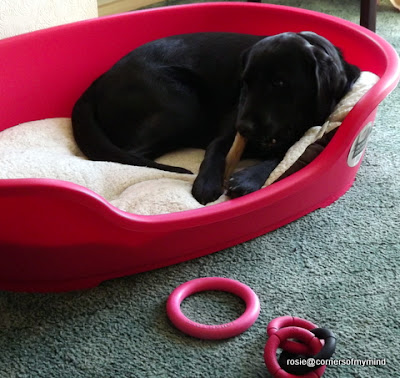 My sister had been on the waiting list for a guide dog for about 18 months and had lost one possible  dog because she had to go into hospital and couldn't start her guide dog training.  When she was offered the chance to train with Ishka she decided to go ahead so had to miss out on her long awaited trip. 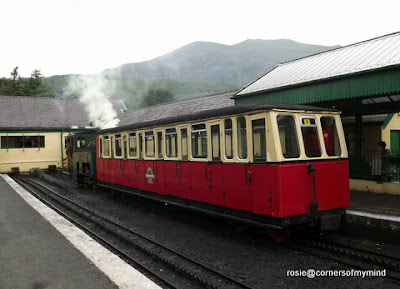 So when the day dawned for our trip on the mountain train there was just the two of us.  The little train waiting at Llanberis station was absolutely full.  There were eight carriages with eight people in each.  Four on one side, four on the other.  I have to admit I didn't really enjoy the ride up very much as I was in the middle of the row travelling backwards so I didn't take any photographs of the upward journey.  We were asked as we left the train to swap seats on the way down so that those who had been in the middle were at the window side so I did take some photos on the way back down. 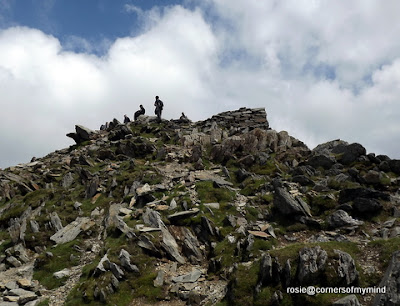 We passed lots of walkers and hikers along the way;  many of them stopping to wave at our little red train.  It took about an hour to reach the top and there were some spectacular views along the way. 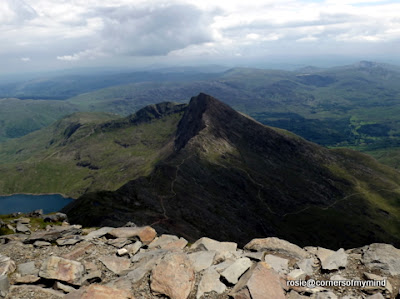 Trains were running up and down the mountain and they timed their passing in the two stations situated on the mountain side.  One of the stations was called Halfway. 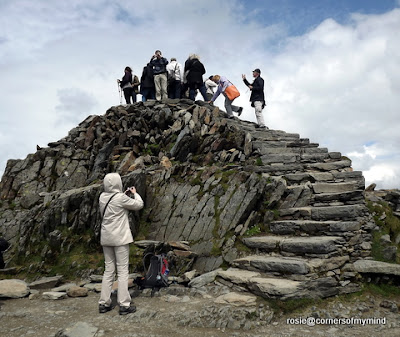 The train pulled into the station near the visitor centre where you could sit indoors and look out through huge windows over the scenes below and drink coffee at the same time.  We had 30 minutes at the top so we went out the other side of the centre and up to the summit.  Paul ventured up the steps but I stayed down below.  Some of the people in my photo were from our train others had walked. 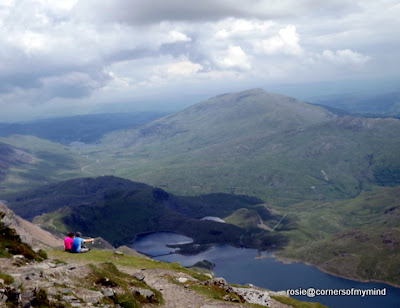 There were wonderful views in every direction and the mists of earlier in the day  had lifted so visibility was quite good.  All too soon the train driver was calling us back to the train to make our descent back to the station and the village of Llanberis. 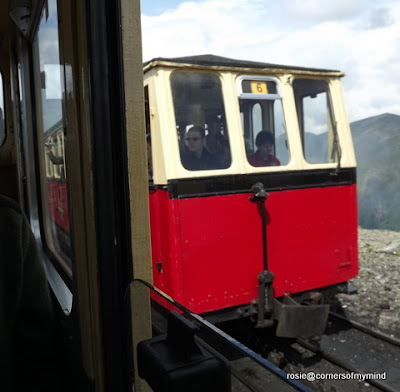