Yesterday, after spending the whole of Saturday either in the garden mowing lawns and clearing leaves, transporting paving slabs and sand or taking bags of clippings to the council's refuse and recycling site we decided, despite the aching necks and shoulders caused by all that work, to take a day off and walk somewhere we hadn't walked before. 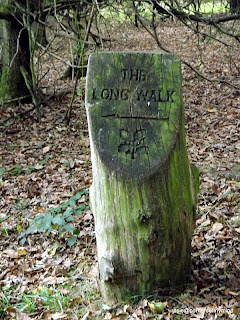 We decided to follow the Long Walk at Kedleston Hall in Derbyshire which isn't too far away.  It was drizzling with rain as we left home but by the time we reached Kedleston it was dry and the sun was beginning to appear from behind the clouds. 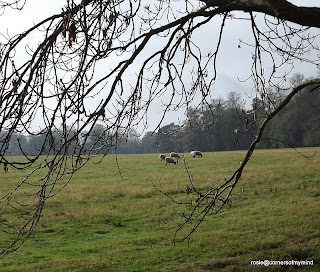 The walk passes by the lush, sheep dotted parkland surrounding the house and gardens and winds its way up into the woods. 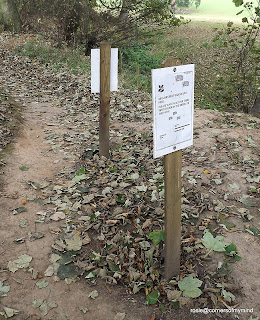 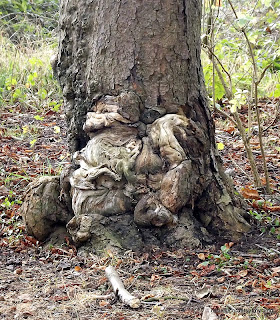 There were some lovely old, gnarled trees.  We thought we could see a face in the one above and then I decided I could see a Chinese dragon - can you spot it? 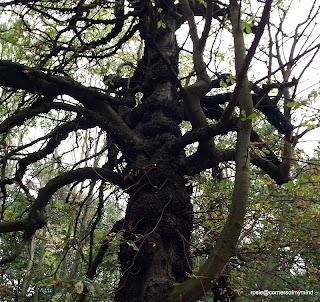 It was lovely and shady under the trees as we walked with fallen leaves crunching underfoot and birds twittering - mostly great tits - up high in the branches. 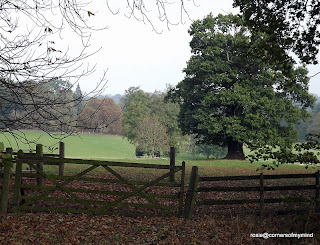 There were occasional views of the parkland and then views of the house and church.  We sat opposite the view below whilst we ate our picnic lunch. 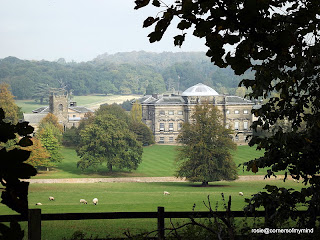 At this point we were about halfway along the walk.   We crossed some of the parkland still with plenty of curious sheep around 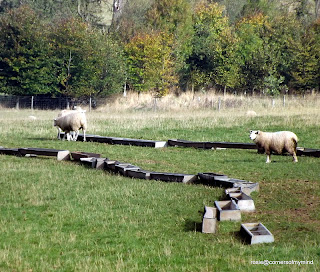 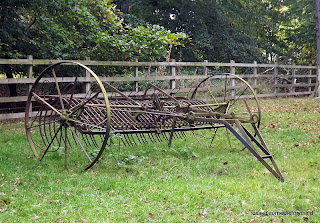 before entering the woods again.   We saw plenty of fungi (see the collage at the end of the post) as we walked. 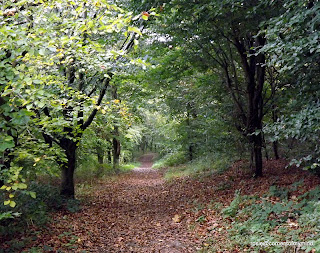 At the end of the woods we found the 'splash pool' as we joined the walk along the water's edge back towards the bridge. 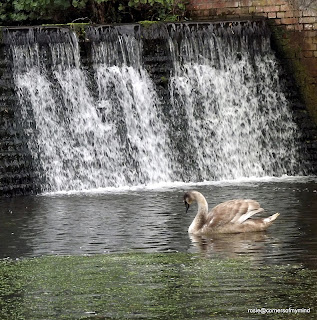 The three arched bridge was  designed by Robert Adam in the mid 18th century and spans the fishing and boating lakes of which there are five in all. 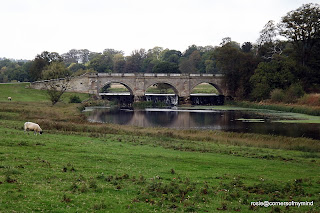 After our walk we went into the pleasure gardens and the church and also had a quick look in the shop before heading towards home. 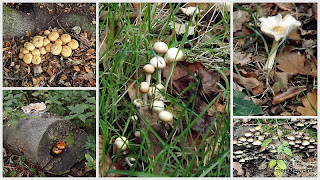 Edit Tuesday 18th - for more photos of Kedleston pop over to Louise at - Ramblings of a Roachling  - who visited on the day before us.
Posted by Rosie at 11:23 am