On Thursday we drove over to Spalding in Lincolnshire to visit some friends.  We had a lovely lunch in a pub by the riverside and then a wander around the town.  Spalding has altered so much since we left in 1995.  It was nice to go back and look at where I used to work. 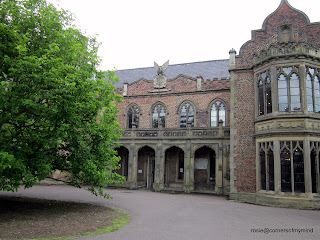 This is Ayscoughfee Hall Museum, a 15th century red brick house at the side of the River Welland.  I used to work in the room whose window is just to the right of the black door in the photo below.  This was just behind the main hall and reception area which was then a Tourist Information Centre as well. 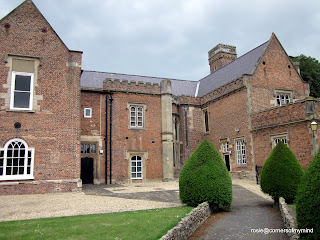 I was too busy enjoying myself to take many photos but we did visit a new place called the - Red Lion Quarter - where there was a restaurant and a shop full of mostly local produce.  We also popped into -  Sergi's Deli - down the Hole in the Wall -  Mr Sergison, who took part in the recent TV series called 'Turn Back time - The High Street' was behind the counter and had a chat with us.  We then visited  'The Bookmark'  a wonderful local, independent bookshop that has regular visits and talks by well known authors and then we had afternoon tea in the outdoor courtyard at Pennington's florist and gift shop. 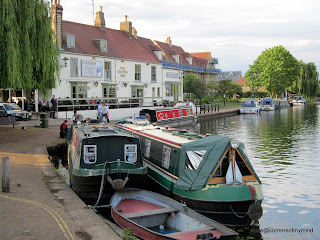 After saying farewell to our friends we set off across the Cambrdgeshire fens to Ely.   Once we'd settled into our accommodation we took a late evening stroll along the riverside - photo above - and around the Cathedral. 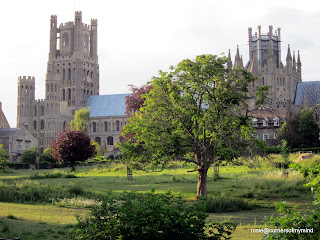 View from parkland at the back of the Cathedral 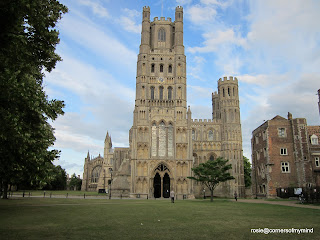 The next morning we moved on to the Imperial War Museum at Duxford.  A whole morning was spent here gazing at the aircraft. 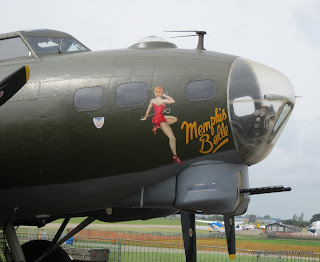 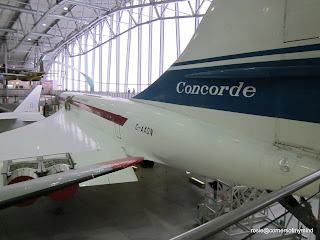 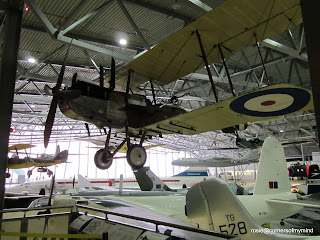 RE8 - a world war one spotter plane
In the afternoon we visited the Wimpole Estate.  The Hall doesn't open on Fridays  but we had a wander around the gardens and the home farm. 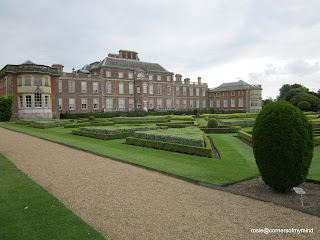 The Hall from the Dutch garden 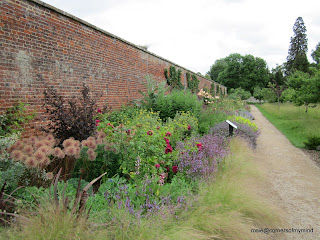 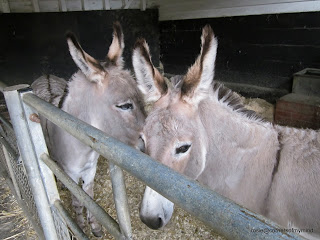 I'll be back with more on Wimpole Hall later this month as we are off on our travels again so I'm taking a break for a while.
Posted by Rosie at 2:14 pm