To Stratford - Day One

We travelled to Stratford along the Fosse Way.  Having collected our friends in Nottingham we drove out towards the East Midlands Airport and then picked up the Fosse Way which we followed nearly all the way to our destination.  We passed through some lovely countryside and pretty villages before we stopped for a short time to view the place where the Roman roads of the Fosse Way and Watling Street meet and cross at a place called High Cross, on the Leicestershire/ Warwickshire borders known, in the days of Roman Britain as Venonius. 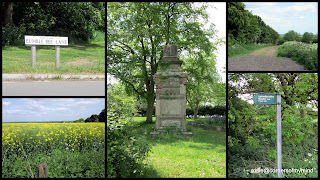 Down Bumble Bee Lane is a monument placed here in 1712.  The Latin inscription on this monument has been translated as 'If traveller, you seek for the footsteps of ancient Romans, here you may behold them, for here their most celebrated ways, crossing each other, extend to the utmost bourne'.    The monument appears to be in some one's back garden but it has been left open so you can walk around it.  After our short visit here we diverted again from the Fosse Way and stopped for a sandwich at Ryton Gardens.
After our wonderful night at the theatre - I've written a review in the post below - we were up early the next morning for a pre-breakfast walk along the River. 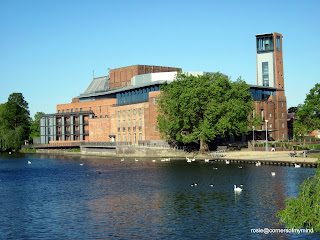 We mingled with joggers, dog walkers and school children in uniform down Swan's Nest Lane and onto the river path opposite the theatre.... 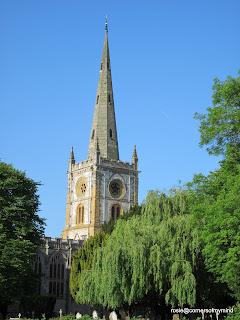 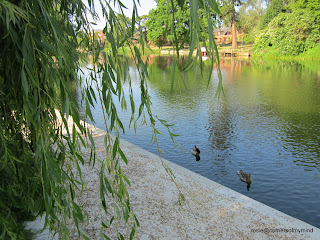 It was very peaceful at that time of the day! 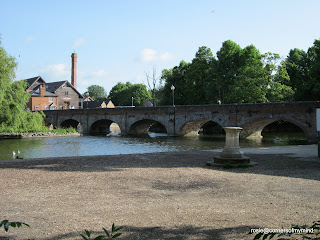 Then it was back over Clopton bridge towards our hotel - breakfast beckoned! 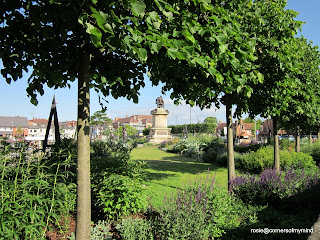 After breakfast we had a wander around the town and visited a few shops.  By now the town had become quite busy. Below are a few photos I took as we walked around. 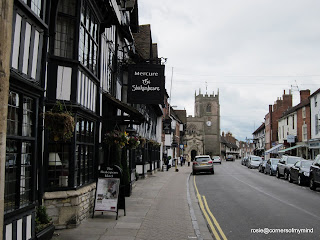 A view along Chapel Street towards Church Street 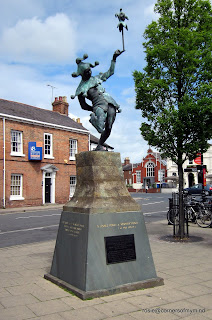 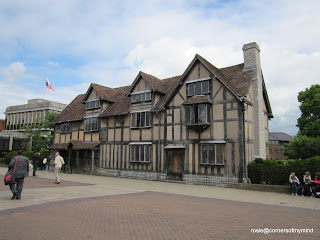 Shakespeare's Birthplace - from the front....... 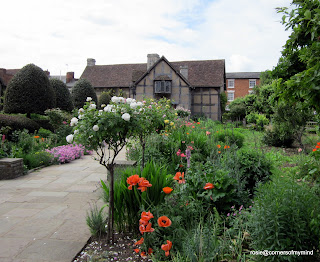 and from the back - I peered through the gates to take this photo as we didn't go inside.

It was time to move on as we were going to visit Baddesley Clinton before we began our journey home, I'll be back with photos from there later this week.
Posted by Rosie at 1:16 pm