Today is a dull grey day and there have been plenty of those lately but they have been interspersed with some lovely days. Days that feel tantalisingly spring like but they also leave you with a false sense of security as far as the weather is concerned. We could yet have more bad weather before it really feels like spring and no doubt we will! 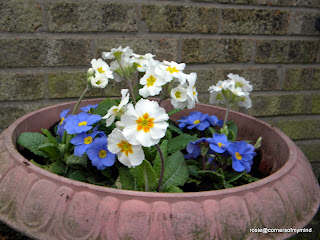 We managed a bit more work in the garden this morning; so much damage has been done to many of the plants and shrubs and it seems we may have lost more than we realised.  The willow we thought we'd lost last year has to be taken down as it really is dead.  In the same patch of garden are the ceanothus and tamarisk trees.  I mentioned in an earlier post that the ceanothus looked as if it hadn't survived the cold weather of late last year but now it looks as if the tamarisk tree may have suffered too!  I'm keeping my fingers crossed for both of them!  Encouragingly there are a few green leaves showing now on the ceanothus but the tamarisk is ominously brown. 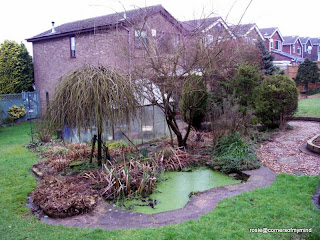 I was recently sent a novel by the author -Rosy Thornton - who had been reading my blog and noticed that I had read one of her books last year. The book I read last year - 'Hearts and Minds' - was set in a women's college in Cambridge.  'The Tapestry of Love'  is set in the Cévennes region of France.  I've read a couple of chapters so far and I'm already hooked by the character of the heroine and the wonderful descriptions of the landscape and people.  I'll write a proper review later when I've finished reading. 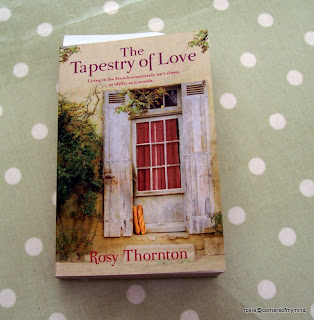 I've been knitting in the evenings whilst watching television - when there is something worthwhile to watch!  I must admit I'm hooked on the Danish thriller 'The Killing' on BBC4 on Saturday evenings.  I was sad to say farewell to 'Larkrise to Candleford' on Sunday evenings but am looking forward to it being replaced by  'South Riding' from the novel by Winifred Holtby; you will see it is on my favourite books list.  I'm also enjoying 'A History of Ancient Britain' with Neil Oliver, 'Life in a Cottage Garden' with Carol Klein and 'Britain by Bike' with Clare Balding. 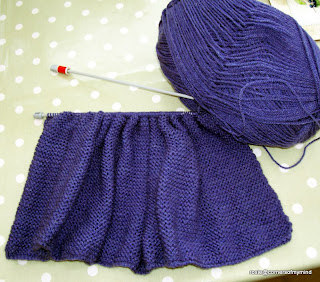 I've mastered the ten rows of pattern -  nine rows of straight knitting and then the decreasing row which will give the cardigan its swing or flare at the back.

I'll be back shortly with the second part of last Saturday's adventure!  This outing was to take photos for February's Photo Scavenger Hunt.  I still have four more subjects to find and one of them is quite a problem but I have a couple of ideas on where to find what I'm looking for this weekend!
Posted by Rosie at 2:46 pm