Yesterday we walked in Macclesfield Forest. We'd never been before so there was a lot to discover - too much for one visit so I'm sure we will return another time to try some of the many walks on offer. 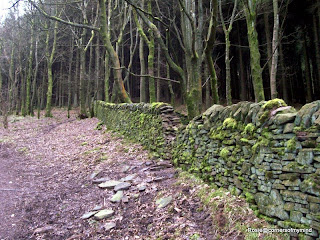 We decided to head towards a place on the map marked as an observation point. 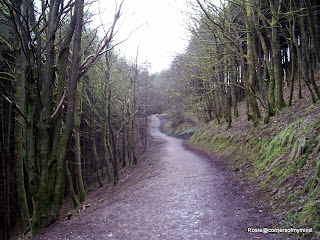 We set off along the waymarked route towards Shutlingsloe - from the ranger's centre and car park there are four colour- coded routes you can chose of various lengths and terrain. 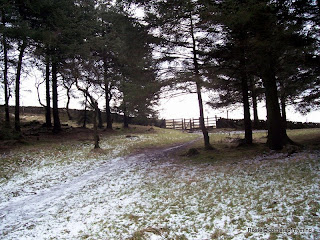 Some places were still covered with a dusting of snow and the paths were extremely icy in places. 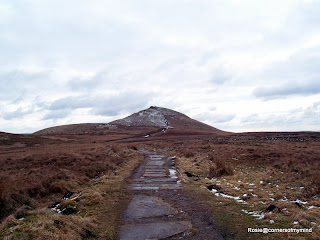 Ah, so that is where we are headed! Hmm - I think we need to return in slightly warmer weather and with proper walking boots on and not wellies as it looks quite a serious climb. It is known locally as 'The Matterhorn of Cheshire'. 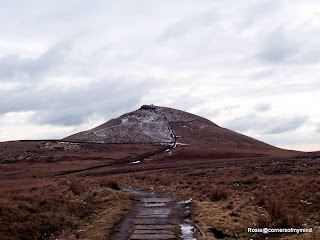 A bit closer but still in the cold air it seemed like a step too far to try for the top. Apparently from the summit you can see the village of Wildboarclough on the other side. The ranger told us later that you can walk to the pub in Wildboarclough for lunch - now that sounds like a good plan! 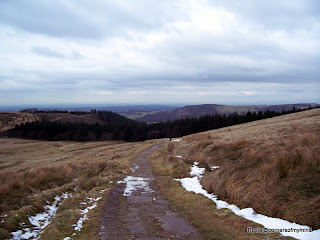 Looking back the way we had walked you can just see Tegg's Nose in the background. 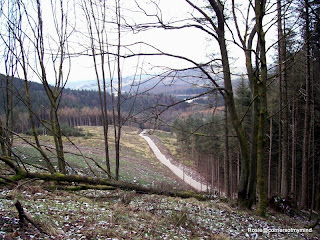 It is time to turn round and follow the path back to the car park. 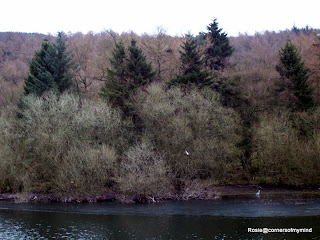 We stopped to look at the herons at Trentabank Reservoir on the way. 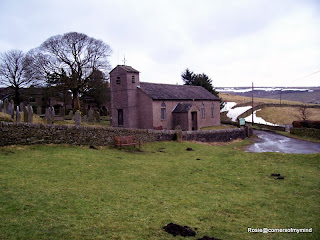 Then we drove round to look at St Stephen's Church also known as the Forest Chapel which looked wonderful nestling in the countryside around it. One of the walks from Tegg's Nose comes down by the chapel. In August each year the church celebrates the ancient custom of Rushbearing. The church is decorated with twisted rushes inside and out and they are also strewn on the church floor to create a rush carpet. 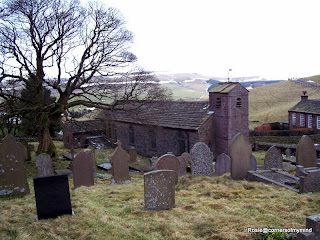 Just by the church was a lane still piled high with snow. 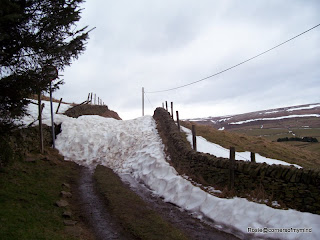 This is how I remember snow as a child when all of us children struggled to walk to school arm in arm through the drifts.

Hope you have all had a great Valentine's Day!
Posted by Rosie at 4:25 pm