Along the Monsal Trail

Yesterday was bright and sunny as we headed out across the green, patchwork hills under huge bright skies via Ipstones and Longnor towards Miller's Dale. Within an hour we were parking at the car park near the old station and ready to start the walk. 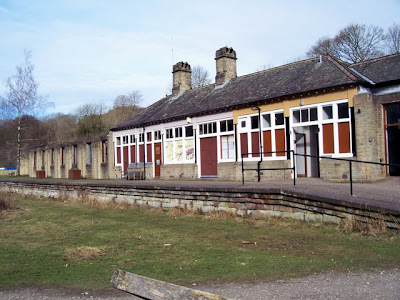 We followed the track, which is the old railway line, for about half an hour before we turned off towards Litton Mill. 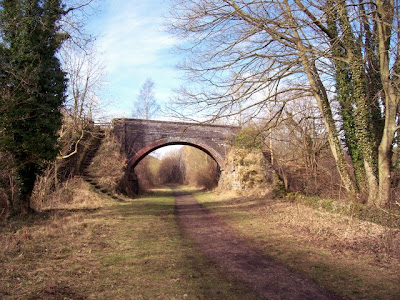 We could see the old mill, millworkers cottages and other associated buildings in the valley by the River Wye, as we descended via the twisty path to the bridge which crossed into the village. 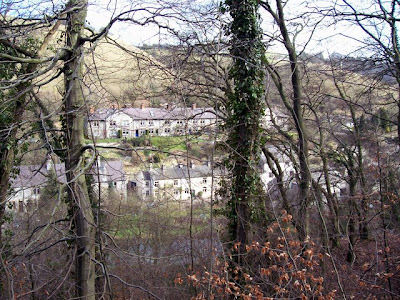 The Mill itself has now been converted into appartments, some of them for holiday lets, but you can still get the feeling, if you mentally add in the noise and dusty air, of how it would have looked when it was working. Litton Mill was a cotton mill founded in 1782 by the rather notorious Needham family. There are many tales of long working hours and poor working conditions, especially in the bad days of child labour, at this mill which somewhat discolours your appreciation of the place. How different a world we live in today, I thought, as we were passed by a father and two young girls all dressed up for walking the hills and chattering away to each other. The poor children who came from the east end of London to work in the mill did not have that luxury. Here is a link to the story of one of these children. 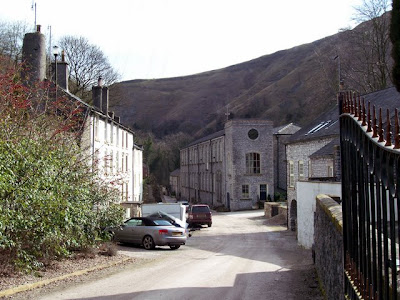 We then followed our footsteps back to the trail to continue until we reached the closed tunnel entrance. From the trackways across the hill above the tunnel was a great view of the whole mill complex, including the engine house, where it nestles, so innocent now, in the valley. 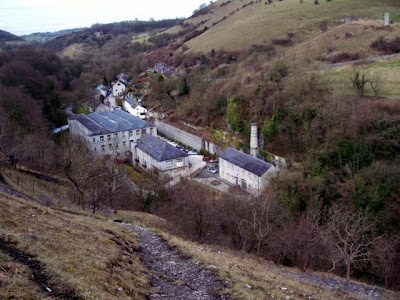 We turned back towards Millers Dale and took the footpath down into the village. It was lunchhtime so we stopped at The Anglers Rest for a cheese and salad roll and cup of coffee. It is a lovely, cosy pub and the staff were very helpful and friendly. 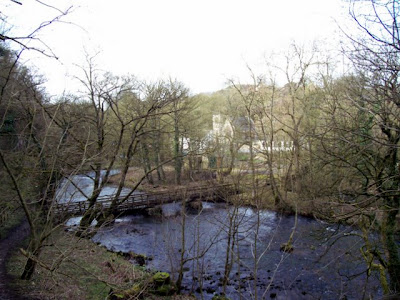 After lunch we again traced our footsteps back up to the trail and this time walked back towards the car park, passing the old station and continuing on, past the lime kilns towards the other closed tunnel. Then we went down the steep steps near the viaduct towards the river. There was a group of adventurous young folks abseiling down from the top of the viaduct. 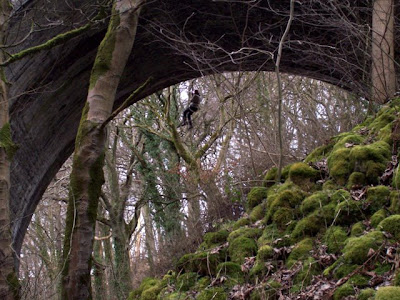 The River which is home to both dippers and water voles was running very rapidly as it made its way through the valley. 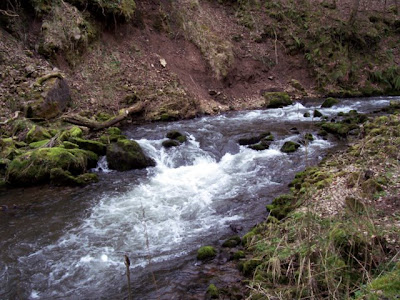 We followed the path by the river until it brought us to steps near the main road which led up to the wooded area where paths led us back onto the trail and thence back to the car park. We had bought a parking ticket for four hours and got back about 10 minutes before it was due to run out, so you can imagine how long this walk took including our half hour break at the Anglers Rest. As we entered the car park we felt the first spots of rain, how lucky we were to have had good weather for our walk.
Posted by Rosie at 11:50 am