In my last but one post I promised a short walk around the town of Fenton. When the Potteries born writer Arnold Bennett wrote his book 'Anna of the Five Towns' he missed out the town of Fenton. There are many theories as to why but I think it was probably because, as a book title, it sounds rather better than Anna of the Six Towns. Also Anna was published in 1902 before the formation of the City itself so he probably didn't even give Fenton a thought. The city of Stoke-on-Trent is made up of six towns from North to South - Tunstall, Burslem (known as the mother town), Hanley (now the city centre), Stoke (the administrative centre), Fenton and Longton. The Federation of the six towns happened on 31st March 1910; next year, therefore, is the 100th Anniversary of the birth of the city and no doubt there are plenty of special events planned.

Fenton was formed from the two earlier townships of Fenton Culvert (Great Fenton) and Fenton Vivian (Little Fenton). The two areas are now separated by the A5007; Great Fenton is the area where the Town Hall, Library and Church stand around the war memorial in Albert Square and where the market it held every Thursday on the car park in front of the Co-op store. Little Fenton is clustered around Victoria Road, a road which winds its way up into the city centre. Off here is Fenton Park and Fenton cemetery, the sports centre and 6th form college some smaller shops and terraced houses and then the usual shops like Aldi, Dunelm, Halfords, Currys, McDonalds, Wicks and etc. Further up towards the centre is the Emma Bridgwater factory, shop and ceramic cafe.

So let's look at some of the older buildings in the smallest of the six towns. 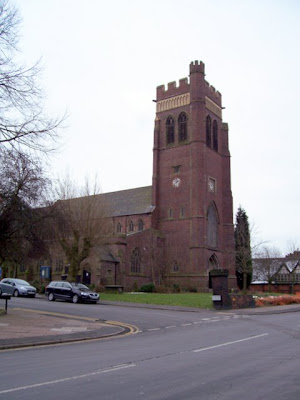 Above and below is the church of Christchurch rebuilt in 1898 on the site of the former church which was built 1838/9. 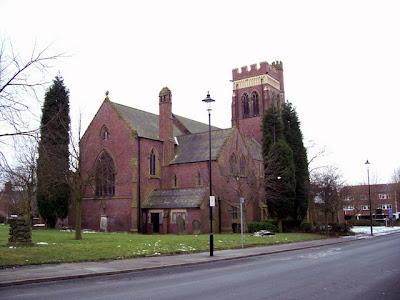 The building below, formerly Lloyds bank, is now an art gallery. At the moment it has an exhibition called Urban Landscapes by local artist Sid Kirkham. 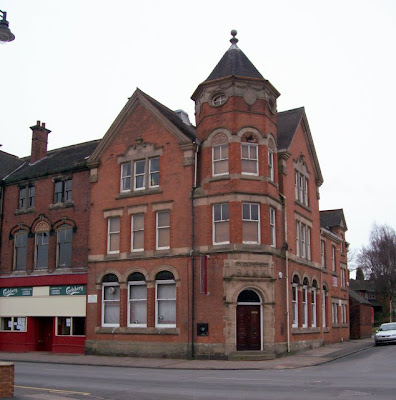 Below is the former town hall, now the magistrates court, which was built in 1889. Here is the comment on the building from Pevsner's 'Buildings of England'

"Town Hall, 1888-9 by R. Scrivener & Son of Hanley. Brick, symmetrical, Gothic - but with a number of little originalities which help to relieve the portliness of the building." 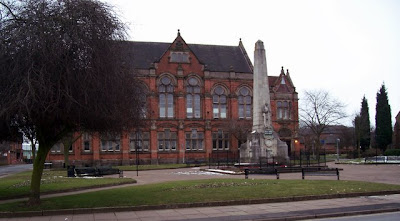 The Library, below, was built in 1906 with the help of money from the Carnegie Trust. Most of the buildings around the square were built by or with the help of local business man William Meath Baker. 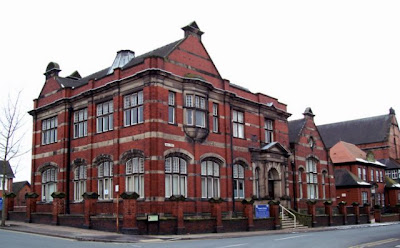 Who also had the houses below built on the corner of Victoria Square. 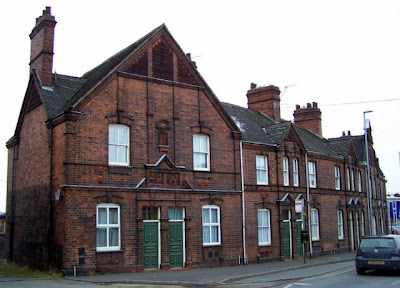 Behind which stands the old fire station. 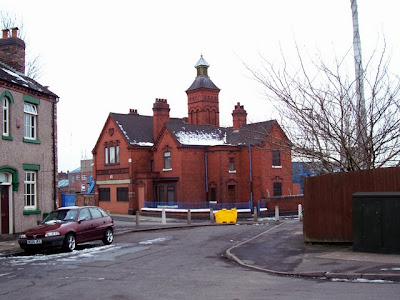 There is so much more to Fenton and lots more interesting buildings but I think we will end the walk here. 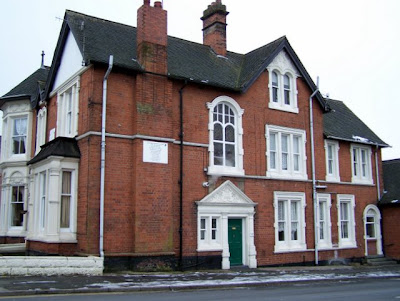