In a Walled Garden

Yesterday we went on a bit of a nostalgia trip whilst on our way to Creswell in Derbyshire.  We were visiting Creswell Crags Museum and Prehistoric Gorge to donate Paul's rather large (it filled the back of the car with the back seats down) collection of Stone Age tools and other artefacts, he's written about it - here.

We stopped in the little village I grew up in, just a few miles from Creswell and went into the churchyard to check my Mum's grave.  This was the first time we'd been there since December 2019 when we discovered that cows from nearby fields had got into the churchyard and made quite a mess of the graves.  My mum and step dad's stone is still badly tilted so it looks as if we need to go back and sort it ourselves.

We spent over an hour at Creswell and after lunch we drove the short distance to Clumber Park where we had both, as children,  spent many hours with our families, playing ball games, walking, picnicking and watching cricket.  On the way back we drove though the small town that Paul grew up in before heading towards home.

At Clumber Park we walked to find the walled garden.  It was as delightful as I remembered it from our visit a few years ago.  Apologies in advance for the photo overload. 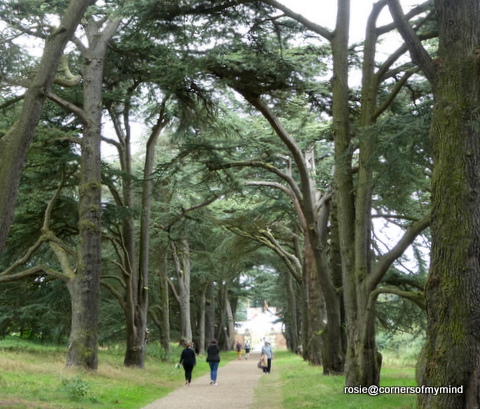 The walk to the gate of the garden, we thought the trees might be Larch trees. 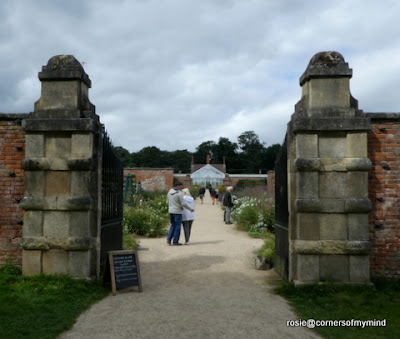 The gates into the garden 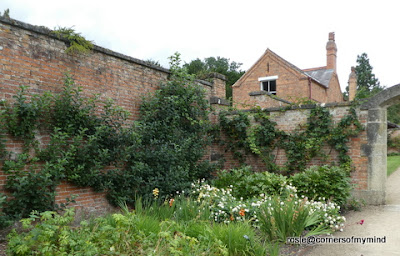 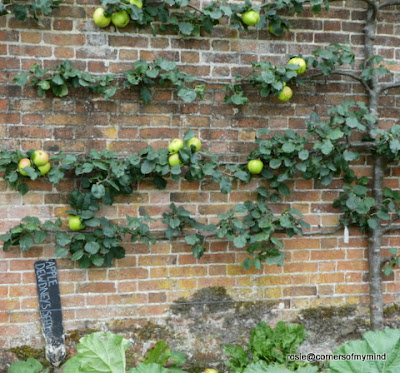 Clumber holds the national rhubarb collection but at this time of year it was all about apples.  The ones above are called Dewdney's Seedling. 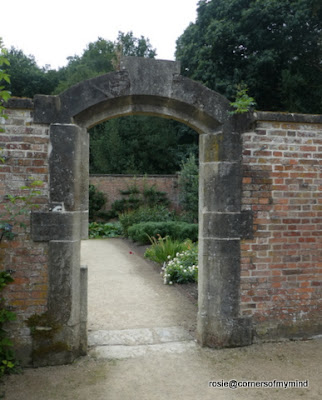 There were lots of tantalising views through into the next parts of the garden. 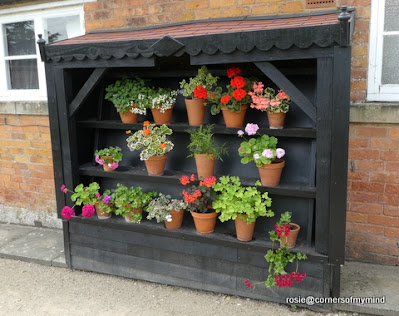 A theatre of pelargoniums 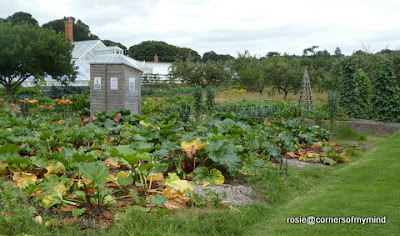 Some of the rhubarb collection. 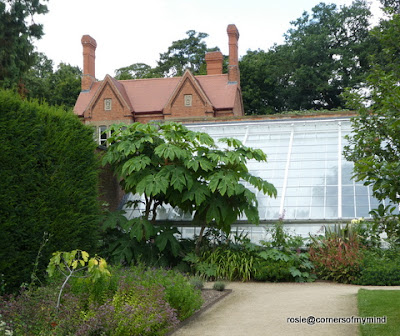 There were lots of delightful corners. 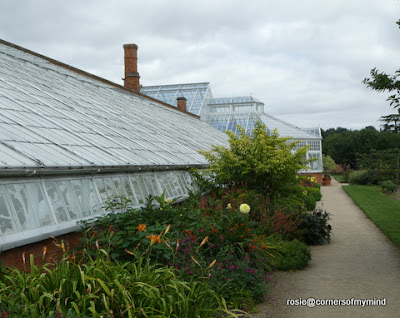 The Palm House - above and below. 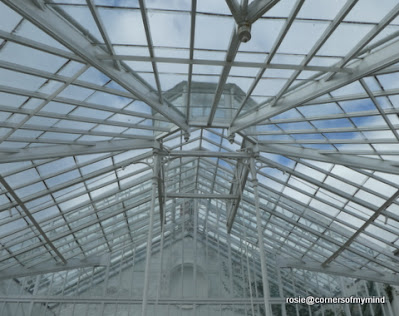 It was closed on this visit but we were able to peer inside through the open doors. 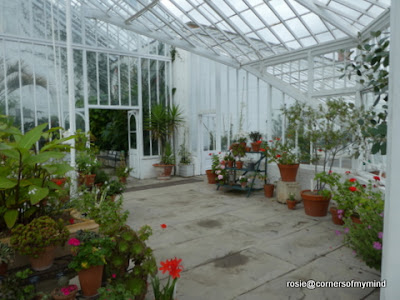 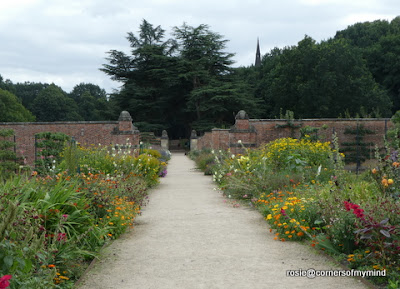 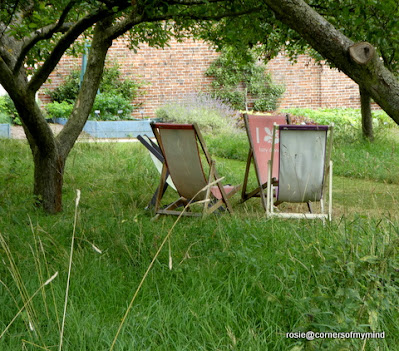 I was drawn to this lovely, tranquil scene in the apple orchard, it sums up a warm summer afternoon, I wonder who had been sitting there? 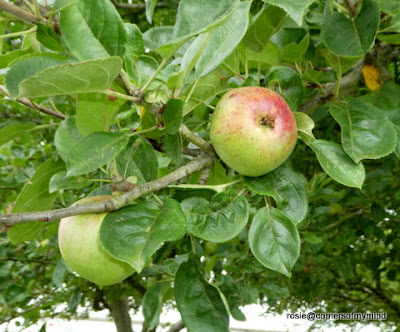 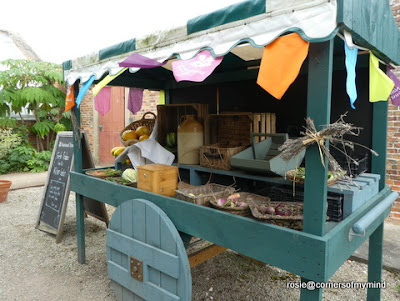 A place to purchase vegetables from the garden with an honesty box. 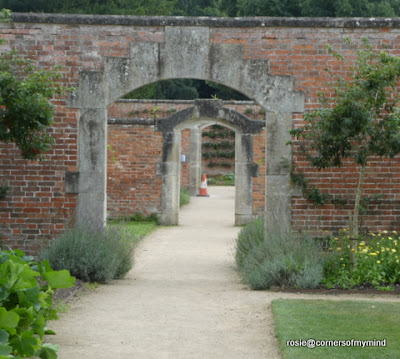 There are three walled areas within the whole garden. 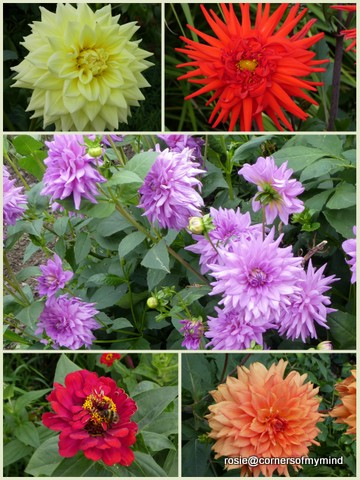 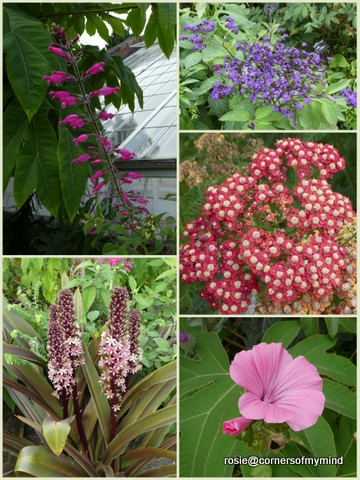 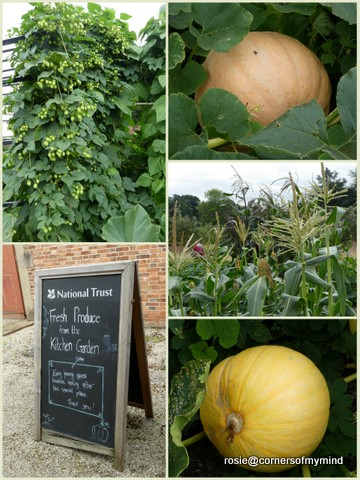 As well as being apple and dahlia season it was also time for squashes, pumpkins and hops.