The City of Stoke-on-Trent was created in 1910 to include six well known pottery towns.  Last year each town had a steel sculpture to commemorate the end of WW1.  I managed to take photos of five of them, Hanley, which is now the city centre, is missing. Each of these sculptures tells the story of a local man or woman in their own words or from letters home. 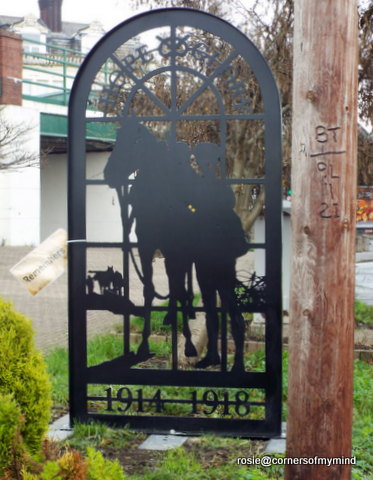 Longton - remembers the million and more horses and mules taken to the front by the army over 400,000 of them died in battle, many more from exhaustion or illness. 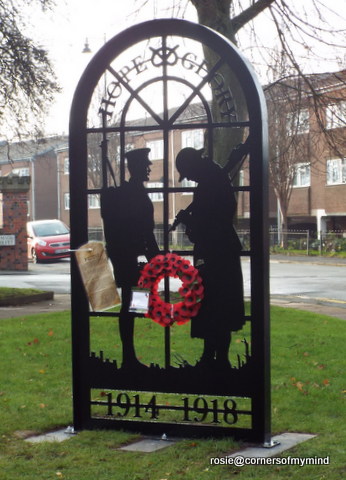 Fenton - remembers the men and boys who lied about their age so they could serve in the war and fight for their country not wanting to be told they were too young or too old. 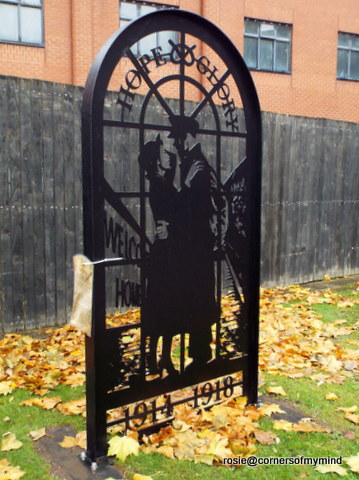 Stoke - celebrates the return home of the soldiers and particularly those who had been prisoners of war. 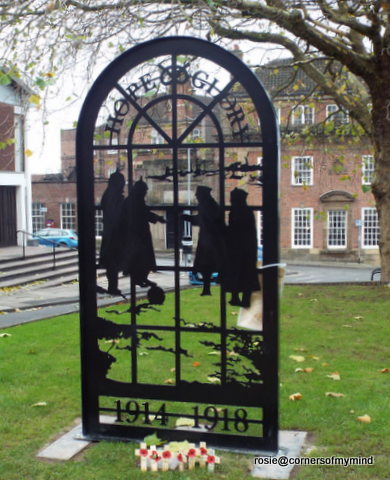 Burslem - remembers the story told of Christmas Day 1914 when troops from both sides climbed out of their trenches and met in no man's land to shake hands and for a while forget the war. 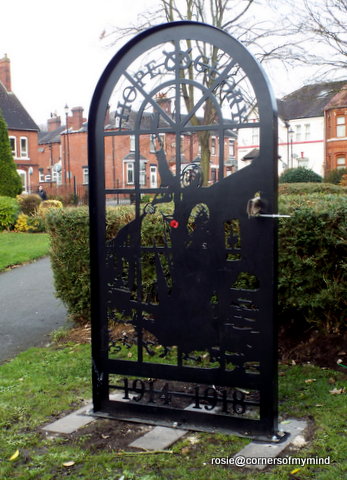 Tunstall - commemorates the nurses who served in makeshift hospitals close to the front lines in France assisting doctors and bringing kind words and comfort to those in distress.


These photos I took last year and I don't know if all the sculptures are still in situ.  I know the Longton one is as I pass it often.  I hope the others are still on display too.
Posted by Rosie at 9:08 am