A Visit to Norbury Part One - The Old Manor

I'm sure we all have those places that we pass through quite often, yet never take the time to stop and look around.  One such place for us is the village of Norbury in Derbyshire which we often pass through as we make our way along the back lanes towards the market town of Ashbourne.


I've also known for some time that there was an interesting church there next door to a medieval manor house.  Hidden from view behind trees with a rather precarious entrance drive with just a small National Trust sign on the gate to show what treasures lurk beyond. 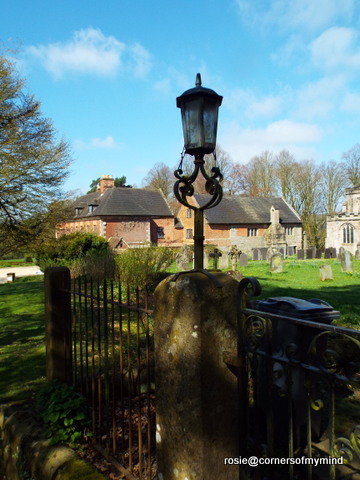 For quite some time we've thought about visiting but the opening times and visiting arrangements for the hall in particular were always difficult to work around as owners still lived in the later of the two houses on site.  Now this property is let as a holiday residence and very lovely it looks too.

The older Manor House is still only open for four hours a week, two hours on a Friday and two hours on a Saturday for the last three or four Fridays we've been thinking of visiting but things have cropped up and stopped us until last Friday when we finally made it up that driveway. 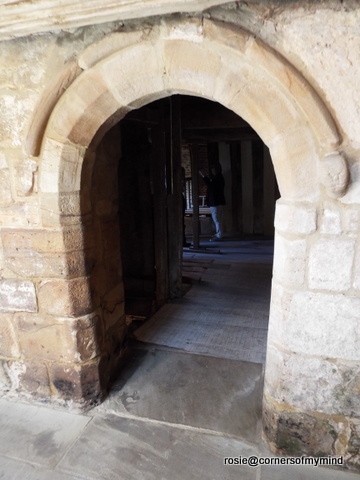 Shall we look inside? 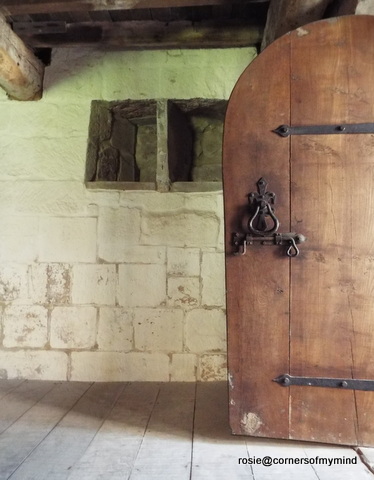 The door into the ground floor or under croft of the Old Manor which is a rare survivor of an unusual building type.  It was altered in the 17th century  when bricks and timber were added. 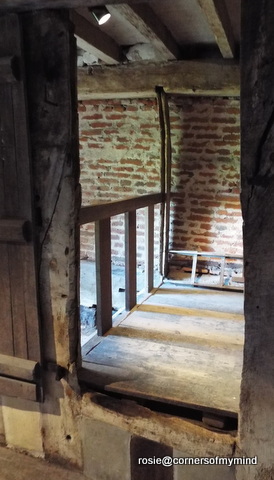 Below the ground floor is the cellar 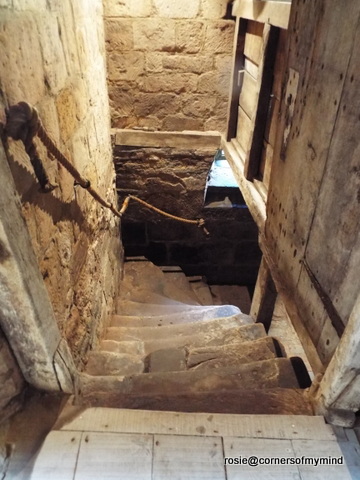 The steps down are well trodden and quite tricky.  I bet they could tell a tale or two. 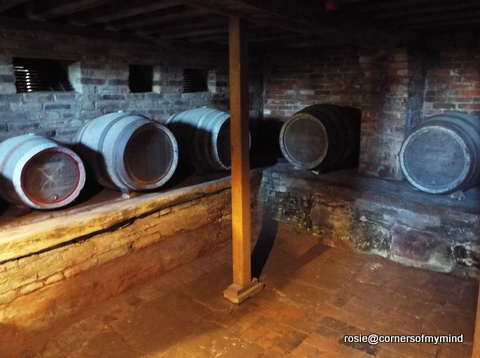 Let's go back upstairs to the first floor. 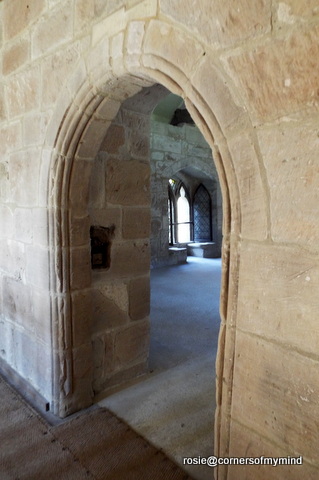 This floor would have housed the private appartments of the Fitzherbert family,  Sir Henry Fitzherbert, 5th Lord of Norbury was given permission in 1301 to build a house here. 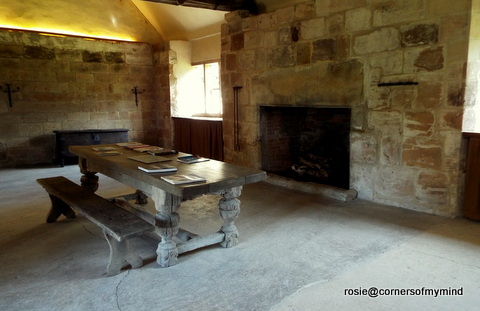 Of course much of what we see here dates from later periods. 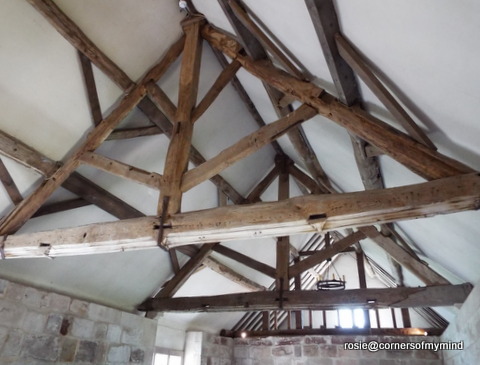 The roof is probably 17th century. 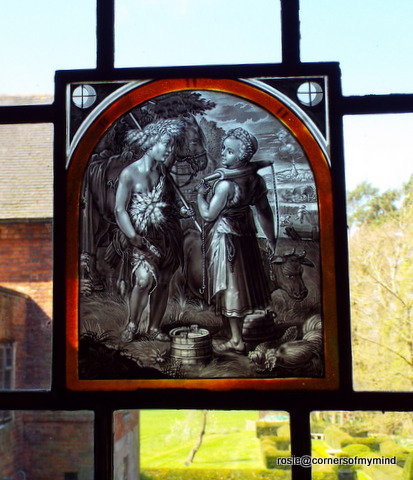 As is the Flemish grisaille glass in the windows. 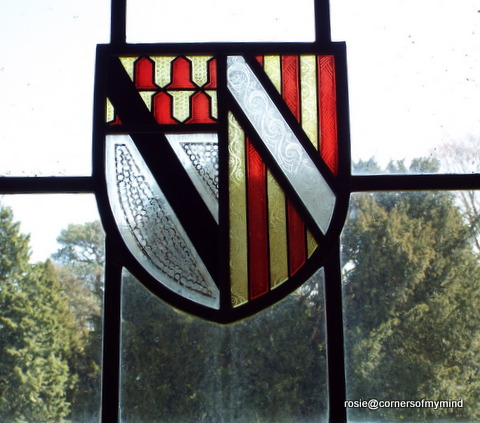 There were several coats of arms in the windows including the one above  on the marriage of John Fitzherbert 13th Lord of Norbury and Benedicta, daughter of John Bradbourn and Anne Vernon. 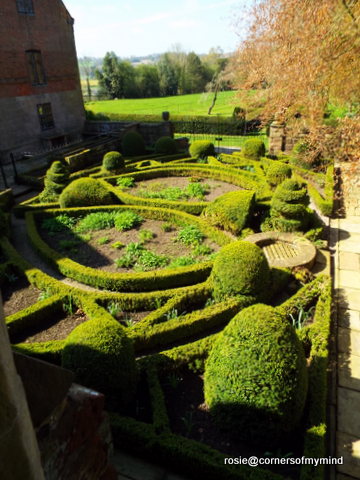 A view of the gardens from the first floor window. 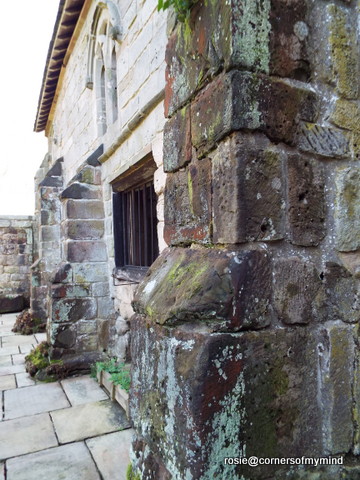 Outside in the courtyard you can see the butresses of the medieval house. Again much has been altered over the centuries. 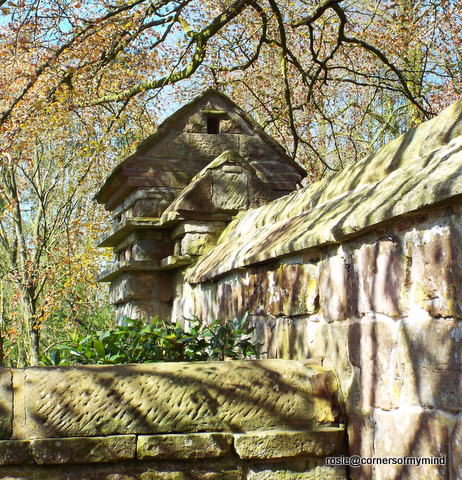 Dovecote on the end of the garden wall. 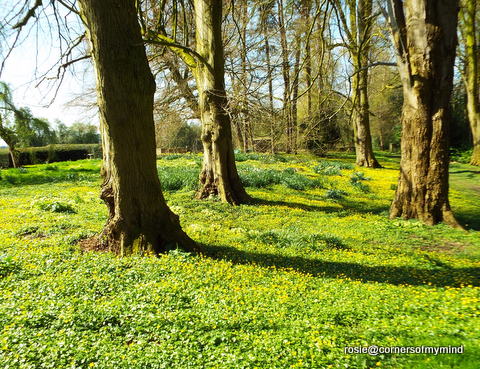 The woodland walk with its carpet of celandines 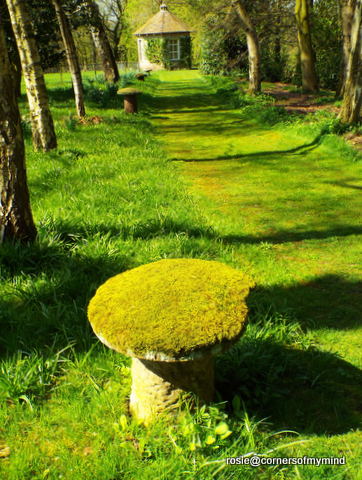 We'll visit the summer house, walk down to the River Dove and look inside the church in part two. 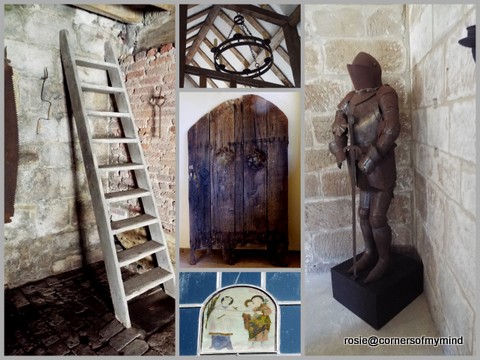