The sayings 'right under your nose' and 'hidden in plain sight' spring to mind when I think about the building we visited on Saturday which was open with free entry as part of the Heritage Open Days weekend.  How many times must I have walked past it over the years of both visiting and in the late 60s and early 70s working in the city of Nottingham? 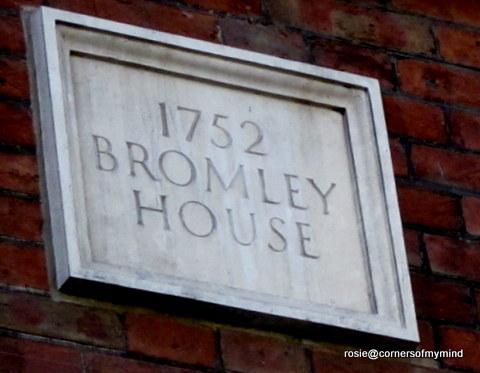 Hidden away on Angel Row, close to the Market Square is Bromley House.  Its front door nestles unobtrusively between a newsagents shop and a Barnardo's Charity shop.  It looks small from the outside but what we found inside was a feast for the senses and a delight for the eyes. 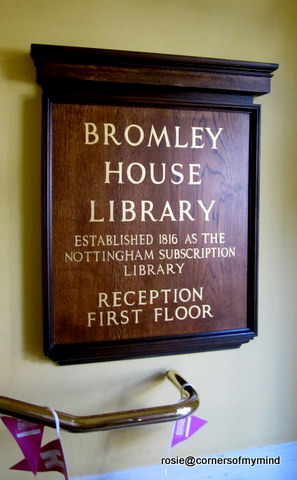 Bromley House is the home of the Nottingham Subscription Library which was founded in 1816.  It moved to Bromley House in 1820/22.  The first members paid five guineas to purchase a share in the library and then a further two guineas each year to subscribe. 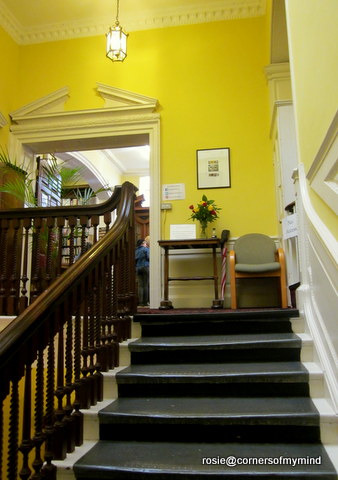 The house, built in 1752 was the 'town house' of George Smith who was the grandson of the founder of Smith's Bank which is, according to the notes, the oldest known provincial bank in the country.  The house is Grade II listed and is thought to have been designed by the architect Robert Taylor. 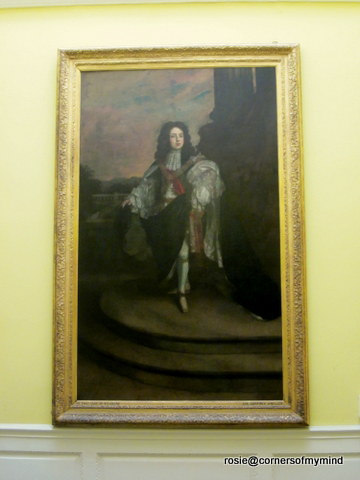 This painting at the top of the staircase is of the 1st Duke of Richmond and was moved to nearby Newstead Abbey to keep it safe during the second World War. 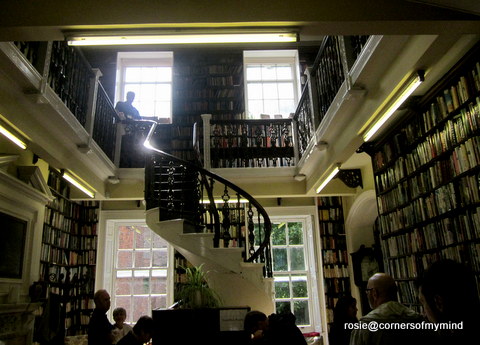 The main library room is the hub of the whole place, books are issued and returned here.  Members record the books they loan and return in a ledger.  Current fiction books are housed in this room. 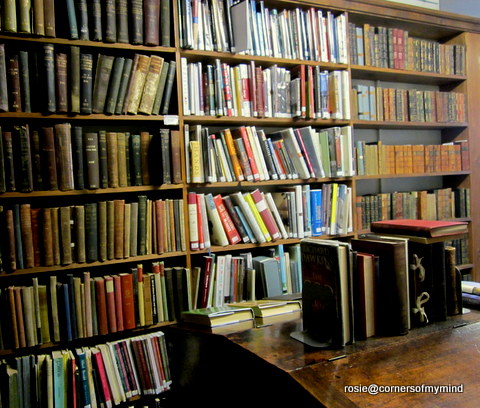 Below is a better view of the spiral staircase which goes up to the gallery where earlier fiction and miscellaneous books are shelved.  Only one person at a time is allowed up or down on the staircase which was added to replace a light staircase in 1857. 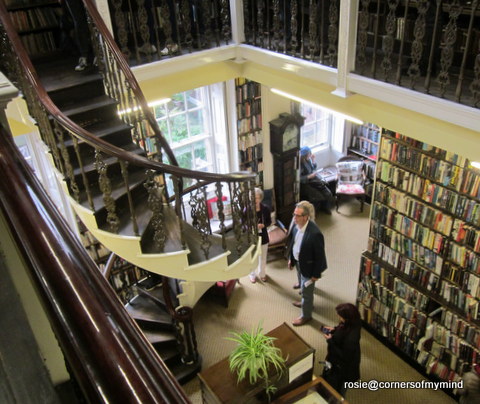 The entrance you can see in the photo above by the grandfather clock leads to many other rooms all filled to the gunnels with book both old and new.  Many rooms have been adapted from their previous use and some are dedicated to former members or librarians, plus some associated with clubs and societies.  Through the door is the Standfast Library which is named after the Rev. Dr. Standfast of Clifton who left his library to the people of Nottingham in 1744.  In this room, on the floor, is a brass strip meridian line which was used to set clocks before either Greenwich Mean Time or Railway Time was used.  Upstairs are rooms named after Miss Ellen Harrington, who was librarian for thirty seven years and Dr Robert Thoroton, antiquarian.  This room was rented by the Thoroton Society for many years and is also home to The British Sundial Society. In the room next to this staff and volunteers were explaining and demonstrating the techniques of book binding and conservation. 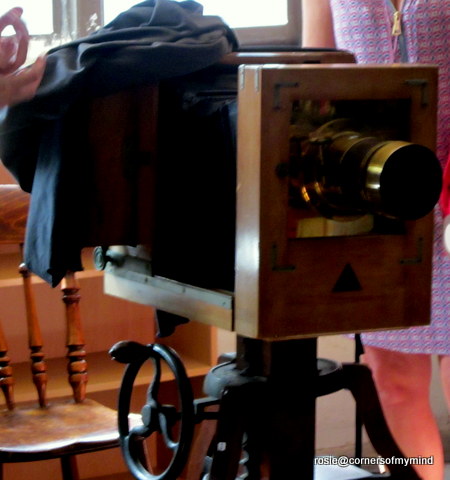 Through more rooms, after a pleasant diversion to the map room which is light and airy, and you come to the studio.  This was the premises of  Nottingham's first photographer Alfred Barber who set up business in these premises in 1841.  Barber installed a skylight (no longer there), at his own expense and also a circular glass and wood structure which worked on a cog and wheel mechanism as it was turned to follow the passage of the sun. 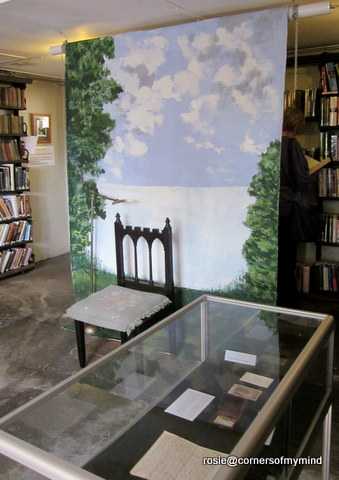 From the studio you could climb further to the attics which were full of shelves housing history and biography books.  These attics were the servants quarters when the house was still used as a home.  Up in the attic is what used to be the developing room and which now contains the Pauline Heathcote Photographic Archive. 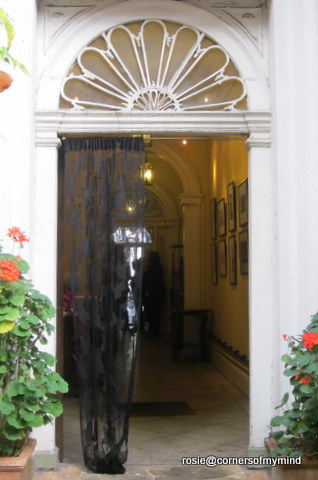 One of the things we wanted to see was the walled garden.  It is one of two walled gardens left in the city centre.  The other is behind fashion designer Sir Paul Smith's shop in Willoughby House on Low Pavement. 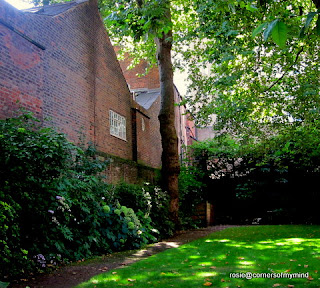 The long red brick walled garden is shaded in part by London Plane trees.  Six trees were planted  by the President and Librarian in 1875 but only three remain.  There are many shady seats where members can sit with their lunch.  the garden is a haven of peace and quiet just a minute or two from the busy street outside. 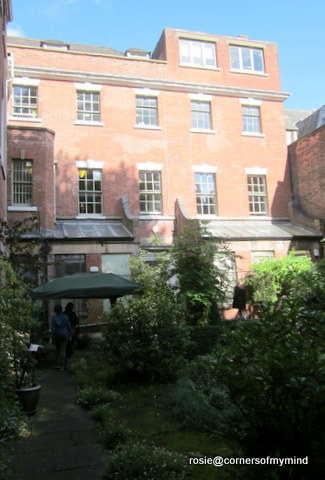 Apologies for the quality of the photo above as the sun was very bright but you can just see the back of the house. 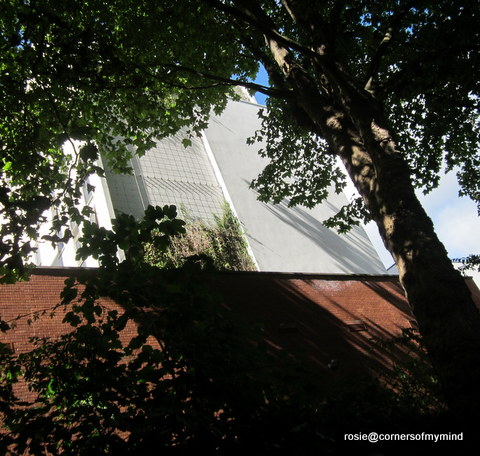 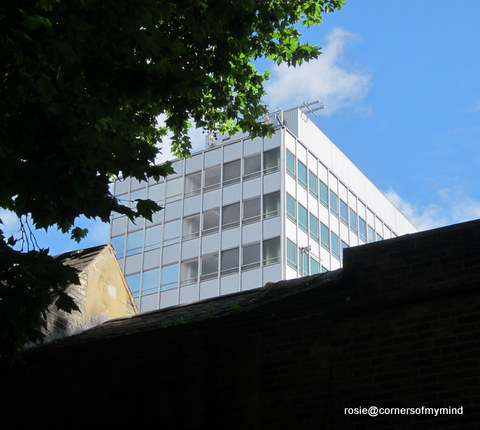 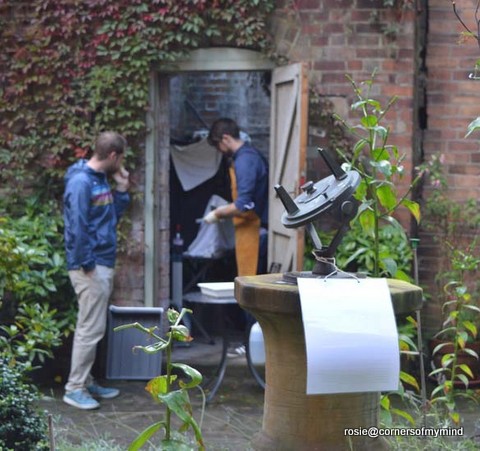 People were lining up to have their photos taken with the camera below.  Above you can see the unusual sundial which is just across from the back door of the house. 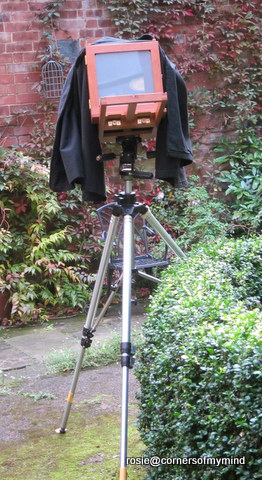 As we left the library there was a huge queue snaking right down Angel Row.  with only an hour left of opening time I wondered if they all got in to see the glories beyond the front door.  Apparently there are tours of the library every Wednesday at 2.30p.m. for a cost of £2 which is great value for all that can been seen.  If you are lucky enough to live in the city or not too far away yearly membership is £104.00 which includes any other adult family member at the same address too. The only downside is that there is no lift so access would be difficult for those who have problems with stairs. 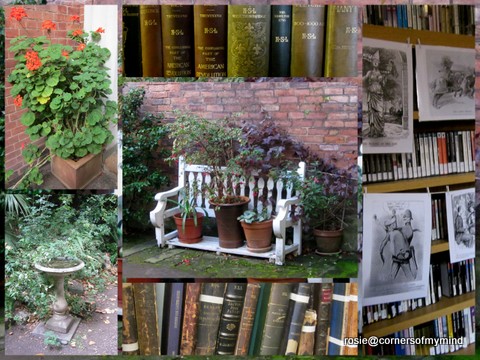 There is lots of information and also links to specific things of interest like the photographic studio or the meridian line on the library's website.  Link above in the text.
Posted by Rosie at 6:33 pm