A Peaceful Walk on a Sunny Day

On Saturday we took a walk at Aqualate Mere Nature Reserve which is just over the county border into Shropshire and quite close to the town of Newport. 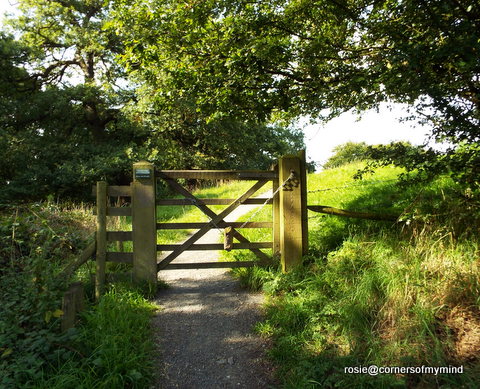 We followed the designated pathway towards the Mere passing through lovely woodlands and meadows where butterflies and dragonflies flitted around us. 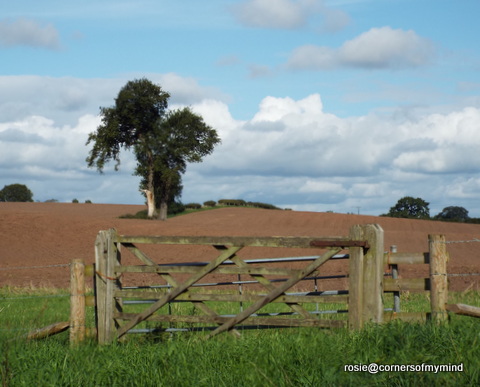 Eventually we arrived at the first of the two hides on this side of the Mere. 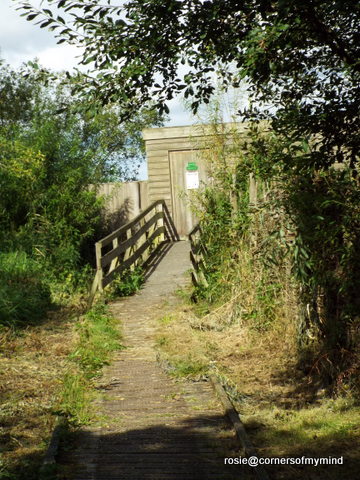 The hides are the only way of getting close to the water and most of the birds were at the opposite end of the Mere.  We saw the usual Mallards, Coots and Moorhens, plus Canada Geese and a Golden Eye duck.  One of the photographers in the hide saw a Hobby up above and started clicking away with his very sophisticated camera.  Apparently it swooped down to take a dragon fly. 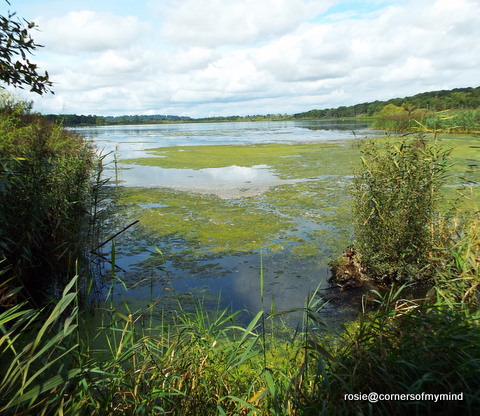 He was teaching another photographer how to take both still and action wildlife shots. It all sounded very technical. 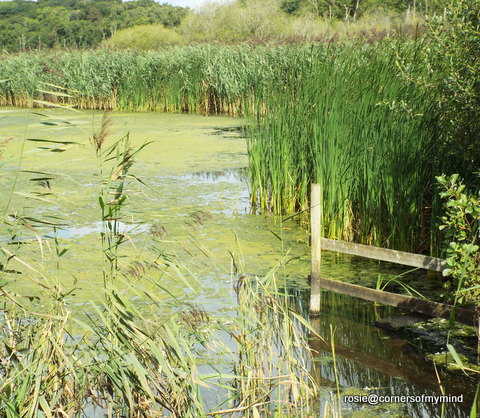 With my bridge camera I concentrated on the little birds on the feeders. 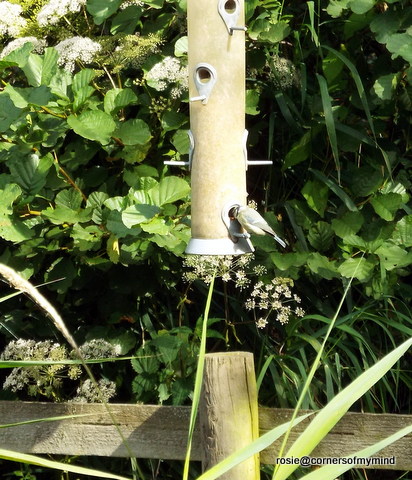 Mostly blue tits and great tits. I did see a robin very briefly. 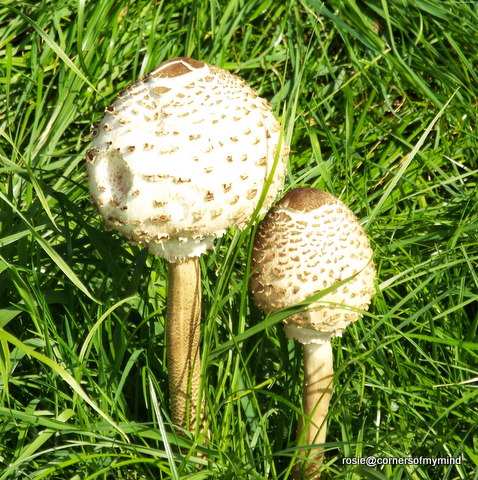 We saw lots of butterflies and dragonflies, plus some interesting plants too. 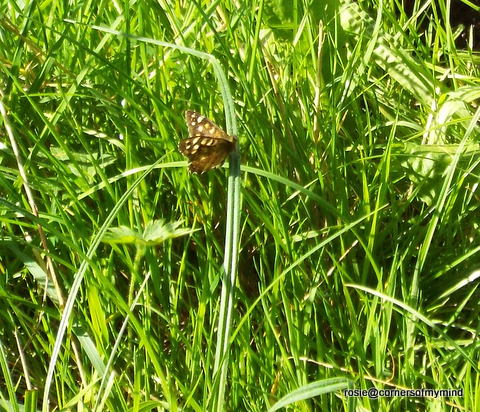 There were lots of the butterflies  flitting around over the wildflower meadows.  Above Speckled Wood? 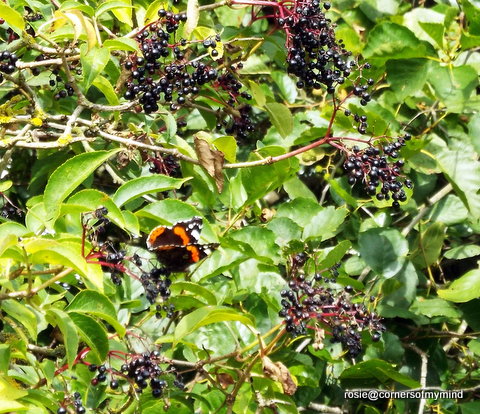 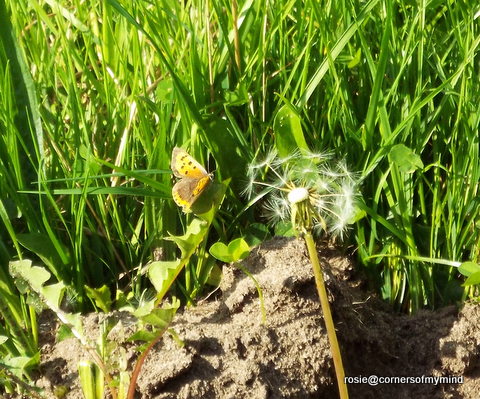 Perhaps a fritillary of some sort? Edit 29/8/17 - thanks to Ragged Robin who saw this was in fact a Small Copper butterfly:) The native orange balsam flowers have a soft, sweet scent. 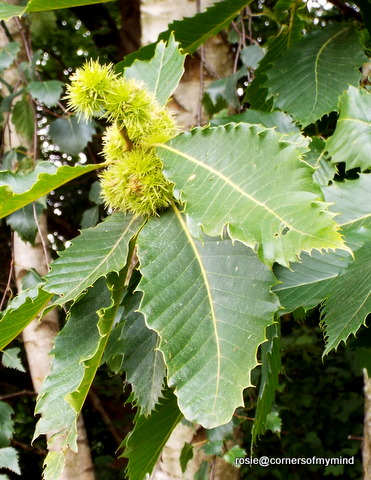 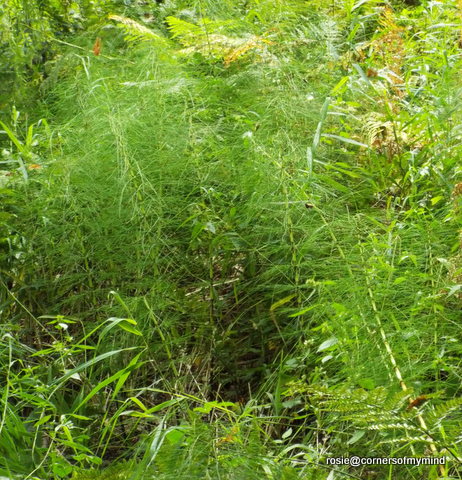 Horse Tail growing in abundance under the trees 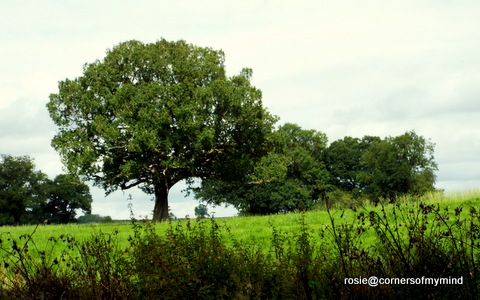 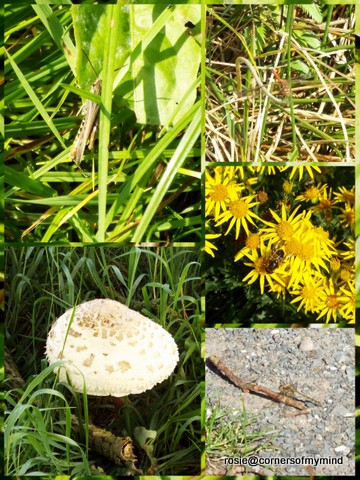 On the way home we called at Shropshire Lavender as it was the last weekend of opening for the season. 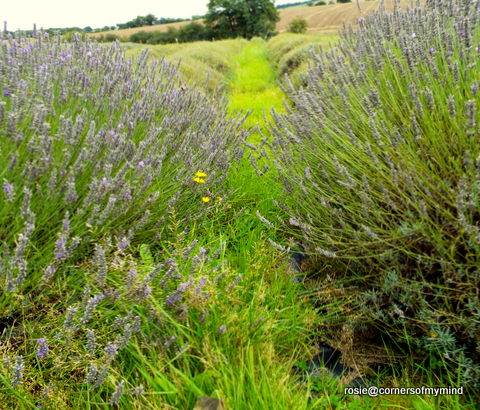 Most of the lavender had been cut but I was able to purchase a few items, like lavender and goats milk soap and some quince jam that I wanted for birthday presents. 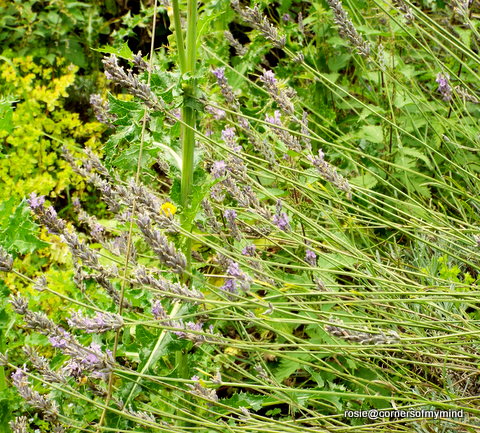 The cafe was open selling lavender scones and cake but we had brought a picnic with us so didn't indulge. 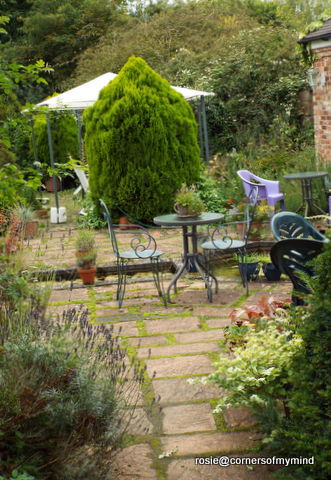 I must say the little courtyard looked inviting in the afternoon sunshine. 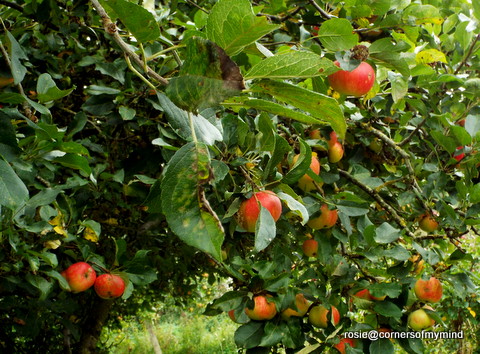 The orchard was quiet and peaceful and full of apples 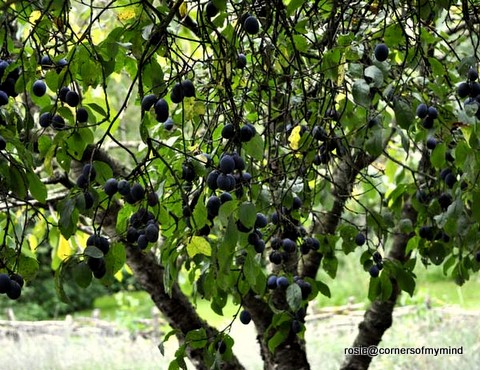 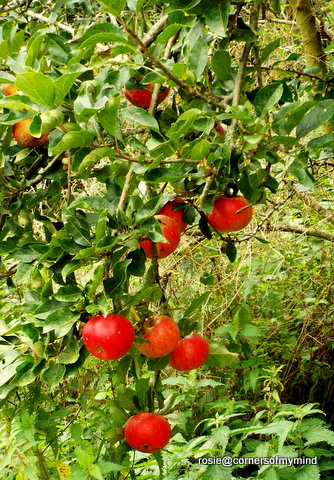 There is something so special about the scent and the colour in an orchard at this time of year.
Posted by Rosie at 7:37 pm