Five on Friday - Five from Conwy

I missed joining in with last week's Five on Friday as we were away from home for a few days visiting North Wales (see my last post).  It had been some time since we had visited the little walled town of Conwy so we popped in for a day from where we were staying near Porthmadog to rediscover its charms and its wonderful historic buildings. 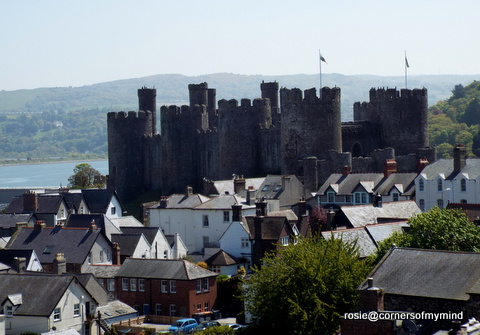 1.  Conwy Castle - the 13th century castle was built by Master James of St George for King Edward I (1239 - 1307) as one of his fortifications in Wales at a cost of £15,000.  The castle dominates the town which is enclosed by walls of the same period as the castle.  Climbing to the top of its towers will reward you wonderful views of both mountains and sea. 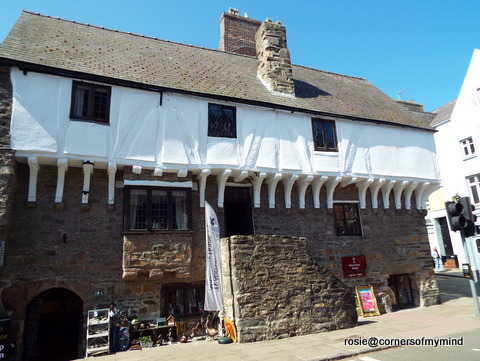 2. Aberconwy House - is a 14th Century Merchant's House which is the only one of its kind in Conwy to survive past the turbulent years of of the Civil Wars in the 17th century.  The room attendant we spoke to told us that the first known and recorded owner of the house was called Evan David.  Apparently he  was sympathetic to the Parliamentary cause even though the castle was in the hands of the Royalists at the time.  In the early 19th century the house was lived in by a Captain Samuel Williams who dealt in slate, copper and lead.  By the mid 19th century the house was a Temperance Hotel and joined to the building next door, both buildings are in the hands of the National Trust. We were told that the rents from the building next door helped with the upkeep of the older property. 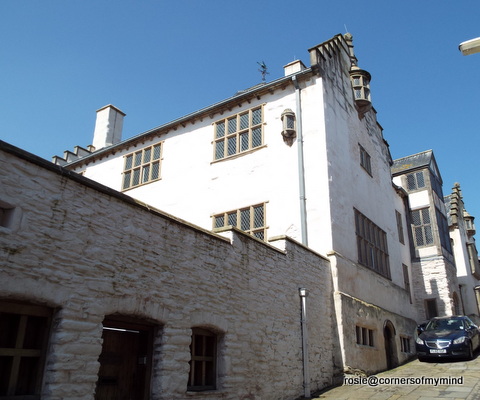 3. Plas Mawr - is an absolute gem.  It has been described as 'the finest Elizabeth townhouse in the Britain' and I wouldn't disagree.  It was built c. 1570 by local landowner Robert Wynn.  On one of the main streets of Conwy its frontage at street level is a gatehouse, behind that is a courtyard and then there are steps up to the main house which as you see from the photo above leads into two other sections of house at different levels,  the building at the back is now an art gallery. There is also a courtyard garden between two parts of the house and a tower room with views over the town rooftops to the castle and the quayside.  I will take you inside in another post as there is so much to see. 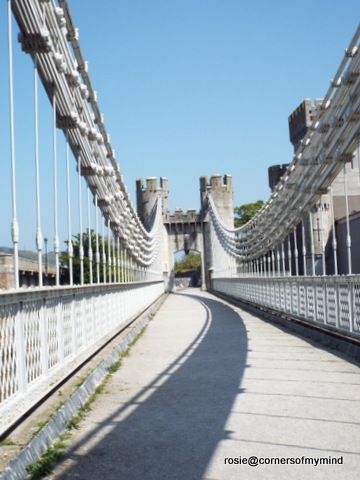 4.  Suspension Bridge - is a Grade 1 listed structure and is one of the first road suspension bridges in the world.  Opened in 1826 its architect was ThomasTelford and the engineers Robert Stephenson, William Fairbairn and Eaton Hodgkinson.  You can walk across to the toll house on the other side and see how the toll keeper and his wife lived and worked in a very small space just over 100 years ago.  We were met at the door by the room attendant who had spoken to us much earlier in the day at Aberconwy House as the Toll House and Bridge are cared for by the National Trust.  He was extremely knowledgeable about both places. 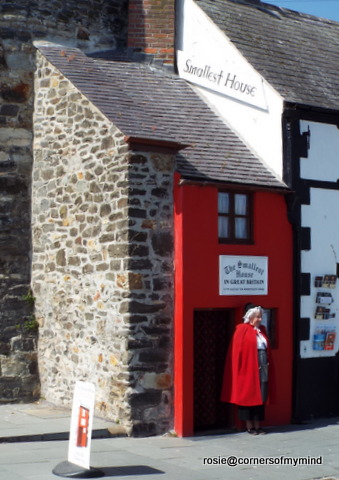 5. The Smallest House - can be found on the quayside built against the town walls.  It is 6ft wide and just over 10ft high. Built in the 16th century it was occupied until May 1900.  The last person to live there was fisherman Robert Jones who was 6ft 3ins in height.  Inside is a settle next to a fireplace and up a short ladder is a single bed and beside table.  The house is apparently still owned by the descendants of Robert Jones.

Joining in Five on Friday organised by Tricky and Carly at the FAST blog.  Do click on the link below and visit all the other bloggers who are taking part this week.