I was looking at some of the the books on our bookshelves wondering which books, if any, I could bear to part with.  Obviously some books are taken off the shelves  more often than others  so I got diverted into thinking about  which books were used most often.

Of course, it happens to be reference books and cookery books which are most often used so I've decided to share Five of the ones that are taken off the shelves most frequently.

They aren't a very inspiring selection of books, their covers, quite plain, old fashioned and possibly quite boring to look at but inside them is a wealth of information. 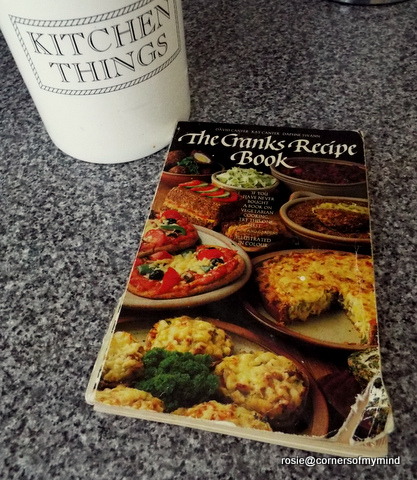 1.  The Cranks Recipe Book -  I wish I'd had this book when I first stopped eating meat in the early 1970s but I didn't and struggled half-heartedly to give up meat entirely throughout that decade.  I remember eating at both Cranks and Oodles restaurants in London during the 70s and being inspired by their food, as I was by Sarah Brown's Terrace Project in Scarborough, but it was in the early eighties when Paul had been made redundant that we decided to manage without meat as we couldn't afford to buy it very often so it seemed a good idea not to buy it at all.  Our first Vegetarian recipe books were those by Rose Elliott and Sarah Brown and then we bought the Cranks book.  You can see how well thumbed it is, the pages are loose, yellowed and spattered with remnants of cooking but it is a well used and well loved book. Over the last few years we have gradually re-introduced some types of fish back into our diet,  Paul eats it more than I do and shares it with the cat.  I think the recipes we use most from this book are the nut roast recipe, Crecy plate pie which is an onion and carrot pie, Homity pie and Devon Apple cake. 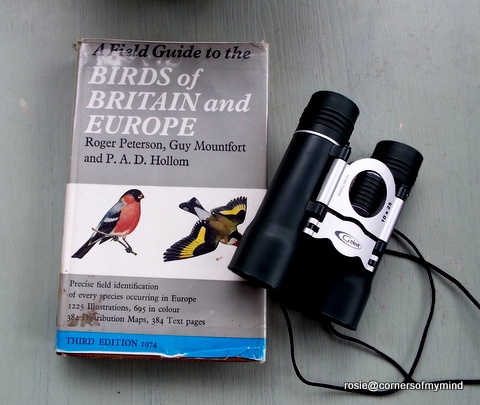 2.  We love the bird visitors to our garden and feed them all year round.  We also love spotting and photographing different birds on our walks and also on holidays by the sea.  We have several books about birds but this one is the book that is most often pulled off the shelves for a quick identification of anything unusual that appears in the garden.  It is dated 1974, so again a fairly old, well used and well loved book. 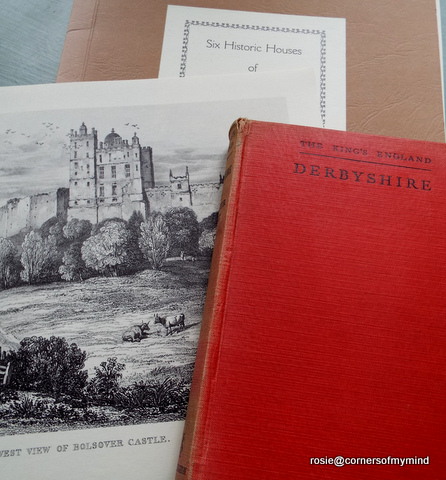 3.  I have several of these King's England books by Arthur Mee picked up over the years in second hand book shops. On the book shelves are copies relating to the Midlands counties of Leicestershire, Staffordshire and Nottinghamshire as well as the Derbyshire one above.  It is the Derbyshire one I use the most and often consult it when I'm looking for background information on perhaps a village, church or stately home in the county usually when I am writing a blog post.  Of course, nowadays, I use the Internet quite a bit too to find things out, but it is interesting to see what these books of the 1930s say about some of the places we visit and about some of the buildings that no longer exist. 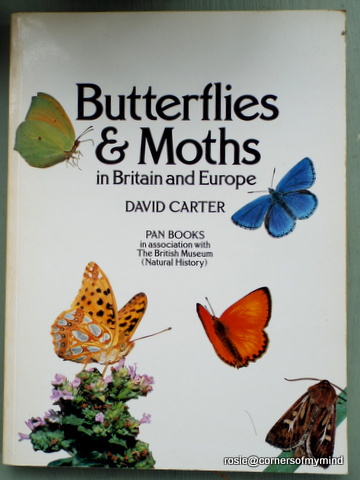 4. Another useful book which is often consulted when we've spotted an unusual butterfly or moth in the garden.  We used to have quite a few more of these creatures visit the garden when we first came here but we don't see so many now.  I remember years ago when we were both studying for degrees with the Open University.  I was studying the Arts and Paul was doing Sciences.  One of his projects included a study of moths and he was issued with a moth trap as part of the course materials.  Whilst he was trapping and recording moths I was studying 'England in the 17th Century.'  My favourite book from that time was Christopher Hill's 'The World Turned upside Down' - feels a bit like that at the moment. 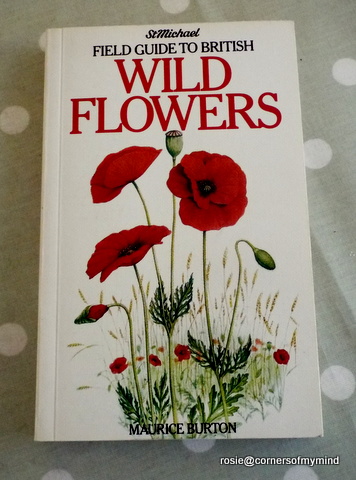 5.  Another fairly old book which seems to have been on our bookshelves for ages.  We've used it often to identify plants we've spotted whilst out walking and in the garden.  For the last two years we've been inundated with Wood Avens in the garden and we were able to identify it from this book.  We've cleared much of it from the flower beds as it was growing in with the hardy geraniums and with the buttercups which also threaten to overwhelm the beds sometimes.  Self Heal or Woundwort was another plant we identified, this grows in the grass and some of the flower beds too, as do dog violets and forget-me-not, all self seeding, every year.

Joining in this week with Tricky and Carly at the FAST blog.  Click on the link below to find others who are participating in Five on Friday this week.

Today is our 38th wedding anniversary so we are going out for the day.  I'll catch up with you all later today or over the weekend.
Posted by Rosie at 9:17 am